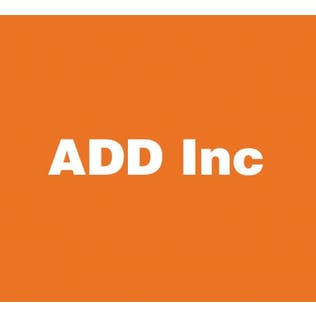 Founded in 1954, Stantec has a long history of designing with community in mind both in the U.S. and internationally. From their Boston office, Stantec has worked The Exchange South End, Kenmore Square North, and The Beat in Dorchester.  When asked about the work on The Beat, Tamara Roy and Colleen Arria, Principals at Stantec told BLDUP:  “As the former home of the Boston Globe’s printing and operations, The BEAT presents a unique opportunity to repurpose this property for today’s modern workplace needs. Our design team has worked closely with Nordblom Company to create a next-generation office setting that supports collaboration, engagement, and innovation through advanced manufacturing, co-working, and entrepreneurial incubator space. The design will also incorporate wellness offerings with areas featuring healthy food choices and fitness amenities.”

Interior Finishing Underway for Home 2 Suites At South Bay Interior finishing is well underway for the upcoming Home 2 Suites by Hilton at South Bay. Assistant Project Manager with Lee Kennedy Julie Toland, shared a few inside shots with BLDUP showing the project's progress. The hotel, set to open in May, will feature 130 guest rooms plus parking for 77 vehicles. Photos: Julie Toland @ Lee Kennedy

There's No Missing The Beat In Dorchester Construction continues on the revamp of the former Boston Globe Headquarters in Dorchester. The exterior facade is taking shape and some massive signage signals availability within the 695,000 square foot office/lab space. The Beat will also include a 10,000 square foot fitness center along with a 100-seat restaurant and outdoor beer garden. Although the property offers easy access to the Red Line there will also be parking for 868 cars and over 200 bicycles on-site. Construction is expected to wrap up sometime this spring.

$6.5M Electrical Permit Issued for Lagrange St. Tower A permit for electrical install valued at $6.5M has been pulled for the upcoming 21-story tower at 47-55 Lagrange Street. The project will feature 176 luxury residential units including studios, one-bedrooms, and two-bedrooms. 20 vehicle parking spaces and 176 bicycle storage spaces will also be located on-site.

CO Issued for First Units at NEMA Boston A certificate of occupancy has been issued for the first units at NEMA Boston in the Seaport. The luxury apartment tower will feature 414 units total along with an array of resident amenities housed on the 21st floor of the building. Apartments range in size from "micro" innovation units to 3-bedrooms all offering premium design details and smart home ready features.

Allston Yards Project Approved The 1.23-million-square-foot redevelopment of the 11-acre Stop & Shop supermarket property in Allston has been approved by the BPDA. The project will feature a total of 4 buildings to include 868 residential units (148 affordable), 352,000 square feet of office/research space, 50,000 square feet of retail/restaurant space, a new home for Stop and Shop, plus 10,000 square feet for community or art use. As part of the project, $20M of transportation improvements are also included in the first phase of the development. Additionally, the development team has committed to a first of its kind Allston Brighton Homeowner Fund which will provide $2M to be dedicated for down payment assistance, “gap” funding, support for CDC homeownership programs, home repair loans, and Homebuying 101 classes. The funds will be held and managed by local partners: Brighton Marine, Allston Brighton CDC, and the Boston Home CenterFund. Michael Barelli, Vice President, New England Development tells BLDUP, “We are proud to have earned the support of the Allston-Brighton community and the BPDA Board on this exciting project. We anticipate a groundbreaking later in 2020."

Demo Underway for The Exchange South End Demo has kicked off of the building that formerly housed the historic Boston Flower Exchange to make way for Exchange South End, the upcoming 1.6 million square foot project that, once complete, will be a next-generation life science and technology urban campus. When asked about the timeline for construction of the first phase of the project, The Abbey Group tells BLDUP, "We are actively marketing the project, we are preparing the site and taking steps to be able to go forward with construction. We don't yet have a specific timetable to share." While the Boston Flower Exchange represented a physical exchange of goods for much of the 20th century, Exchange South End will represent an exchange of ideas, technology, and culture for the 21st. Located in the South End, one of Boston’s most culturally rich and diverse neighborhoods and home to hundreds of nearby restaurants, bars, retail shops, art galleries, and studios, the site will feature four new state-of-the-art laboratory and office buildings, significantly improving the area’s life science and technology infrastructure. Additionally, the campus will feature 22,000 square feet of retail space and 30,000 square feet of community space.It is anticipated that the site’s original wharf granite slabs will be excavated and incorporated into Albany Green, a one-acre publicly accessible open space at the heart of the campus, as benches, walls, and other park features.

Oaktree, Dinosaur Capital Complete Newton Mixed-Use Development Austin Street Partners, a joint venture between Oaktree Development, an award-winning developer of transit-oriented, mixed-use, multifamily developments, and Dinosaur Capital Partners, a Boston-based real estate developer, and investor, has completed 28 Austin, a mixed-use development that transforms a time-worn municipal parking lot into 68 apartments and 5,000 square feet of retail. Located in the village of Newtonville, 28 Austin is Newton’s first new multi-family housing north of Route 9 in more than a decade and was created via a unique private-public partnership between the City of Newton and Austin Street Partners that designates 23 of the apartments as affordable. “28 Austin provides much-needed housing options for the region’s thriving workforce as well as for residents wanting to remain in Newton as they downsize from their single-family homes,” said Gwendolen Noyes, COO of GreenStaxx and partner at Oaktree Development. 28 Austin is located directly across from Star Market and within easy walking distance to a host of village shops, service-oriented businesses, and over a dozen restaurants. The commuter rail is located just two blocks away and there is easy access to MBTA bus transportation, including express-bus routes to Downtown Boston. Designed by Stantec and constructed by NEI General Contracting, 28 Austin was built using GreenStaxx modular building technology, a patented design system designed by Oaktree principal Arthur Klipfel, which uses pre-designed and pre-engineered units that can be assembled like Lego blocks to fit any site. In addition to the apartments and retail space, there are 90 underground parking spaces for residents as well as 123 surface level public parking spaces. A new public plaza and playground improve the former municipal parking lot. A rooftop solar array provides over fifty percent of the building’s electrical needs, and 28 Austin is LEED certifiable, utilizing efficient heating and ventilation systems, fixtures and lighting. The fully accessible apartments feature 9’ ceilings, oversized high-efficiency windows, and modern kitchens with Energy Star appliances, including Fisher & Paykel refrigerators, Bosch dishwashers and washer/dryers, double bathroom vanities, and luxury plank floors. Resident amenities include a hotel-like lobby with a secure package room, resident fitness room with state of the art LifeFitness exercise equipment, a guest suite, a dog park, and a resident lounge featuring a living room, dining room, library, meeting space, and sky deck with fire pit and pergola. Residents began moving in in September, and retailers Henry Bear’s Park, a toy store, will open for Christmas and Caffé Nero, the bakery and café, will open in early 2020. The residential portion of 28 Austin is professionally managed and leased by the Nordblom Company, and Avison Young is the exclusive leasing agent for the retail space. At the grand opening ceremony held in late October, Scott Oran, principal of developer Austin Street Partners, thanked the broad array of Newton civic organizations and residents for their support over the many years it took to bring the project to fruition. “Thank you for showing up, repeatedly and with conviction, for years and years in many cases, to make this building a reality,” said Oran. “If it takes a village to raise a child, it surely took a city to raise this building.”

Building Permit Issued for 105 West First St. in South Boston A building permit has been issued for early-stage construction to include utilities and foundation work for the 105 West First St. project in South Boston.  The upcoming 7-story building will feature 250,000 square feet of R&D office space, ground floor retail, and a 35 car parking garage. Tishman Speyer purchased the project in July for $80M.

Permit Issued to Abandon Gas Service to Exchange South End Site in Prep for Demo A permit has been pulled to abandon the gas service to 540 Albany Street in prep for demo. The demo will make way for the much-anticipated Exchange South End project which was approved by the BDPA over a year ago in August 2018. The four-building 1.6 million square foot project will offer a mix of office, lab, and retail space plus a new 1-acre public park. The first buildings in this new life science and technology campus are expected to be ready in Q1 2022.

Window and Facade Install Underway for The Beat Windows are going in, and new sections of the brick facade are taking shape at The Beat in Dorchester. The redevelopment of the former Boston Globe headquarters will feature 695,000-square-feet of creative office, lab, and retail space. Amenities on-site will include a fitness center, roof deck, mini-basketball court, and a golf simulator. The project will also include a 100-seat restaurant and craft microbrewery. As part of the renovation, Eversource is working with the development team at Nordblom to support the installation of energy-efficient infrastructure. High-efficiency rooftop air conditioning units will be used to condition and ventilate the building, and an LED lighting scheme will provide superior lighting quality while consuming minimal energy. The Beat will also include one of Eversource’s largest EV projects, featuring more than 40 spaces equipped with ports for charging electric vehicles. Construction is expected to wrap up this coming spring.