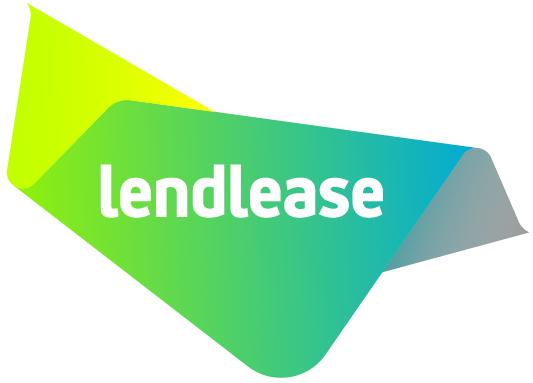 Over the last 50 years, Lendlease has grown from a small Australian construction company to a diverse, global organisation with over 13,000 employees. Today, we are a leading international property and infrastructure group with operations in Australia, Asia, the Americas and Europe.

We measure our success, not only by the profits we make but equally by the legacies we create. From residential developments, retirement communities, infrastructure projects, urban regeneration sites and landmark developments, we create the places that inspire and enrich the lives of people around the world.

We work collaboratively with all our stakeholders to create positive legacies for everyone involved. The best places to live, work and visit embrace our principles of health and safety, sustainability and diversity. When it comes to health and safety, our goal is to eradicate all levels of incident and injury.

Windows Going in at Slip45 Condos, Final Building in Clippership Wharf Window install has started for the Slip45 condos, the final building in Clippership Wharf along East Boston's Waterfront. When complete the 12-acre development will feature 478 residences in total along with over 3,000 square feet of retail and community space. Construction on this final building is expected to wrap up this coming summer.

Gas Permit Pulled for Slip45 Condos at Clippership Wharf The permit for gas service install has been pulled for the Slip45 Condos, the last building in the Clippership Wharf project in East Boston. Slip45 will offer luxury condos ranging in size from 513 square foot studios through 1195 square foot two-bedrooms. Construction on Slip45 is expected to wrap up in summer 2020.

Clipperhsip Wharf Officially Opens Earlier this week, Lendlease, Boston Mayor Marty Walsh and other local officials celebrated the official opening of Clippership Wharf in East Boston. The new mixed-use project includes both apartments and condominiums, and a key new stretch of the East Boston Harborwalk featuring gathering spaces, public art, and climate-resilient features. The mixed-use development project sits on a 12-acre East Boston Waterfront site overlooking Boston Harbor. The project consists of four buildings total and features 478 residences with approximately 30,200 square feet of retail and community space, including a cafe and a restaurant. Residences will include 398 apartments and 80 condominiums, including studios, one-bedrooms, and two-bedrooms.

Framing Nearly Complete for Slip45 Condos at Clippership Wharf Framing is nearly complete and a permit has been pulled to bring temporary power to the final building at Clippership Wharf, the Slip45 condos. The luxury condos expected to be complete in summer 2020 will feature oversized windows to take advantage of the Harbor and city views along with lacquered cabinetry, stainless steel Bosch appliances, and quartz countertops and backsplashes.

CO Issued for First Buildings at Clippership Wharf Certificates of occupancy have been issued for the first two buildings coming online at Clippership Wharf, the apartment building at 15 Jacobbe Road and the Slip65 condos. The apartment building features 209 units along with underground parking and resident amenity space. The Slip65 condos include 85 luxury homes, also with a below-grade garage that sold out in Slip65 condos sold out in just eight weeks. Two additional buildings will complete the project, another smaller apartment block, and the Slip45 condos. When complete the waterfront development in East Boston will include  478 residences and around 30,000 square feet of retail and community space.

Apartments at Clippership Wharf Set to Open July 15th The first apartments at East Boston's Clippership Wharf are set to open in just over 1 month on July 15th.  In total there will be 284 rental residences on the waterfront site overlooking Boston Harbor. Residents of Clippership Wharf will have access to quite the array of indoor and outdoor amenities including a waterfront lounge with catering kitchen, an art gallery, boat dock, fitness center, and kayak center. Construction is also ongoing for both Slip65 & Clip45 condos which will bring the total unit count on site to 478 residences.

Interior Finishing Underway for Apartments at Clippership Wharf Interior Finishing is ongoing for the two apartment buildings at Clippership Wharf as leasing has started for the project. The buildings at 55 Lewis Street and 15 Jacobbe Road will feature a total of 248 luxury apartment homes ranging in size from 500 square foot studios through 1300+ square foot 3 bedroom, 2 bathrooms. Rents for this East Boston development are starting at $2329 and go up to $5944.  Also within the development site, construction on the already sold out Slip65 condos is ongoing and framing for the 2nd condo building, Slip45 is underway.  Luxury amenities will be featured throughout the apartment and condo projects. The most unique amenity of Clippership Wharf will be the Living Shoreline, featuring saltwater marshes, rocky beaches and plentiful wildlife habitats integrated into the site with a variety of access points, including a kayak center, allowing residents to interact with the harbor.

Framing Begins for Final Building at Clippership Wharf: Apartments Set to Open Soon Construction on all phases of Clippership Wharf in East Boston is ongoing with framing beginning for the fourth and final building of the development. The 12-acre project is set to feature a total of 478 residences and 30,000 square feet of retail and community space, including a cafe and a restaurant.  The first phase of the project featuring 284 rentals is set to open in the next few months. Exterior and interior finishing is wrapping up on these buildings. Residents will have access to an array of amenities including four acres of waterfront open space with ridiculous views of Boston.

Construction Continues on Clippership Wharf in East Boston Construction is ongoing at the upcoming mixed-use project on the East Boston waterfront. The 12-acre site with amazing Boston Harbor views will feature a total of 478 residences along with around 30,000sf of retail and community space. The Slip 65 condos on the site are already soldout.  The 284 apartment units are set to open early next year.