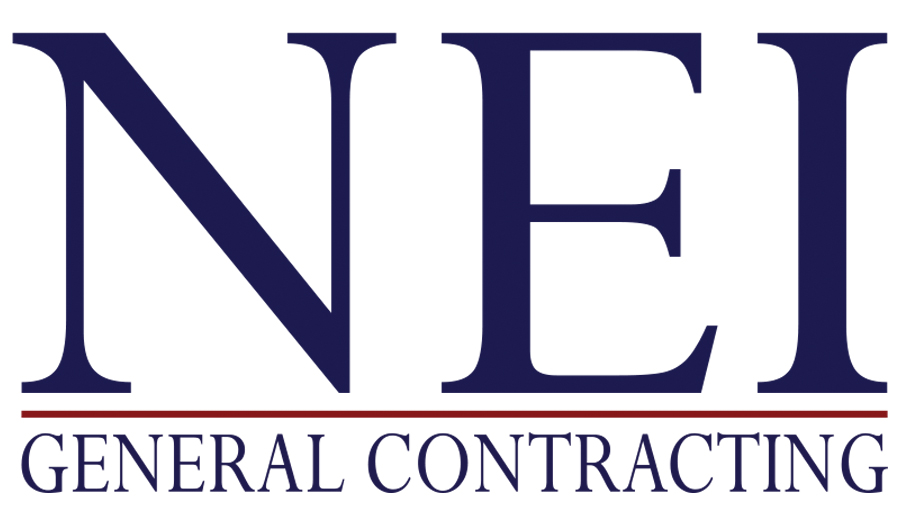 NEI was founded in 1998 on the principles of integrity, experience and diligence. NEI are partners with the clients in the process. Through open, collaborative communication NEI fully embrace and join in ownership of its mission. It becomes the guiding force that drives the constant and earnest efforts NEI bring to each project.Strong partnerships build lasting projects and relationships. NEI‘s commitment to the clients and the success of the projects are demonstrated by the extent of repeat clients and direct referrals, which comprise the majority of NEI‘s work.

Interior Finishing Nearly Complete for The Hattie Kelton Apartments Interior finishing along with a few final exterior touches are wrapping up for the Hattie Kelton Apartments at 61 Heath Street in Mission Hill. The project will feature 47 affordable units a mix of one, two, and three bedrooms. The building also includes around 1,000 square feet of ground-floor commercial space plus parking for 20 cars.

Revere Development Secures $23.15 Million in Financing The upcoming development at 571 Revere Street in Revere, MA by The Neighborhood Developers has secured $23,150,703 in financing -- with $15 million of the funds coming from Santander Bank. 571 Revere is a transit-oriented, new construction development that will create 51 new rental homes for families on a blighted, vacant property. The site is within a 10-minute walk of the Wonderland MBTA station, a five-minute walk of Revere Beach and adjacent to “Waterfront Square,” where the City of Revere has encouraged private investment and economic development through the creation of more than 600 market-rate rental apartments.

51 affordable condominiums completed in ChinatownA ribbon cutting ceremony was held Tuesday (November 28th) for 88 Hudson Street, a 51-unit affordable condominium building in Chinatown that is the second and final phase of the One Greenway development. 88 Hudson Street features residences ranging from one to three bedrooms intended for working families. The residences are priced ranging from less than $200,000 to $235,000, with four homes designated for households earning 60% or less of area median income (AMI), 42 for households earning 80% of less of AMI and five for households earning 100% or less of AMI.88 Hudson Street, along with the first phase of One Greenway which was completed in 2015, will help ensure that working families can continue to live in Boston’s downtown area, where rents and condominium prices are rapidly rising. “We want to ensure residents who have built their lives in Chinatown can continue to live here,” said Mayor Marty Walsh at the ribbon cutting. “I'm proud of the work the City and our partners have done to create these affordable homes for working families in Chinatown.”88 Hudson Street cost over $20.5 million to construct and was made possible by funding from the City of Boston, the State of Massachusetts, Eastern Bank and the Chinese Economic Development Council. The first phase of One Greenway provided 312 apartments, 95 of which are affordable, 3,300 square feet of retail space, 5,000 square feet of community commercial space, 135 parking spaces and a new public park. One Greenway developers Asian Community Development Corporation and New Boston Fund sold the first phase’s 217 market-rate apartments sold this month for $144.5 million, nearly $666,000 per apartment, to Prudential. The following are photographs of 88 Hudson Street:

Upgrades and expansion completed to Auburn Court mixed-income apartments in Cambridge A ribbon-cutting ceremony was recently held for the upgraded and expanded Auburn Court mixed-income apartments in Cambridge. The project’s scope included occupied renovation of Auburn Court’s original 77 units, completed in 1995, construction of one new unit within a pre existing office space and construction of a new, LEED Platinum-certified four-story building containing eight units. A total of 86 mixed-income housing units are now located at Auburn Court, including 55 that are designated affordable, across nine mid and low-rise buildings. The $12.1 million project was funded by MassHousing and Massachusetts Housing Investment Corporation.

49 affordable housing units break ground in Egleston Square Urban Edge broke ground Saturday (October 28th) on Walker Park, a two-building development that will provide Egleston Square with 49 affordable apartment residences. The development will replace a blighted building and two vacant lots with much-needed affordable housing. 41 apartments will be rented to households earning no more than 60% of Area Median Income (AMI) (40,000 to to $72,000 annually). Eight apartments will be rented to households earning no more than 30% of AMI (under $36,000 annually), including five apartments for homeless individuals and families. Walker Park will cost $17.5 million to develop, and has received funding from the City of Boston, the State of Massachusetts, Low Income Housing Tax Credits and tax-exempt bonds. Completion of the two buildings, located at 67 and 80 Walker Park, is expected in mid-2018. Urban Edge has also proposed to construct 42 affordable apartment residences at 41-51 Walker Park, steps from the Walker Park development. The Boston Planning & Development Agency (BPDA) is currently reviewing 41-51 Walker Park.

$15 million financing secured for newly-opened Sphere luxury apartments in Medford Dark Horse Capital Partners has secured $15 million in permanent financing for its new-construction Sphere mixed-use building in Medford, which opened this past July and is located steps from the future Ball Square Station on the MBTA Green Line Extension. Holliday Fenoglio Fowler, L.P. (HFF) worked on behalf of Dark Horse, securing a $15 million seven-year fixed-rate loan through HarborOne Bank. Sphere features 42 luxury apartment residences, including 22 one-bedrooms and 20 two-bedrooms, with ground-floor commercial space. The building is located in Ball Square on the Somerville/Medford town line, minutes from Boston and Cambridge. “Sphere is an exceptional product in a highly desirable, transit-oriented location,” said HFF Director Martha Nay in a prepared statement. “Ball Square is in the midst of a transformation, and Sphere’s success is a testament to what’s to come."

Weatherproofing complete at 88 Hudson workforce housing in Chinatown The weather and fireproofing barrier of 88 Hudson Street, a new 51-unit workforce housing building in Chinatown, has been fully installed, and all windows are in place. A brick facade has been installed along the building’s first two floors facing Hudson Street, and blue, white and silver exterior finish panels will soon be installed on upper floors and at the building’s rear. Interior finishing of 88 Hudson Street’s residences and common spaces is also underway. 88 Hudson Street will feature 51 condominiums including one-, two- and three-bedrooms that will be sold to working families earning 60 to 100% of area median income (AMI). 88 Hudson Street is expected to open by the end of this year. The following is a photograph of 88 Hudson Street: Weather barrier & windows complete on #Parcel24 South in #chinatownboston. @AsianCDC @utile_boston #BuiltByNE A post shared by NEI General Contracting (@built_by_nei) on Sep 13, 2017 at 7:48am PDT