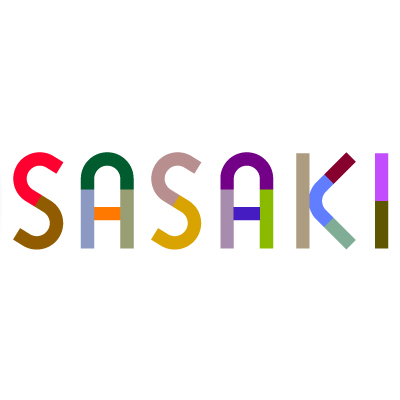 401 Congress (Parcel A2) Officially Under Review BGI has filed the PNF for the 401 Congress Street project in the Seaport on Parcel A2 and the Triangle Parcel. The proposed project would include a total of 675,000 square feet between two buildings, primarily Class A office space with significant space for public and cultural uses.  On Parcel A2 an 18-story tower would contain around 585,000 square feet of office space starting on level three. The building would have two entrances, one from Congress Street and one from the World Trade Center Avenue Viaduct. Both entrances will be connected by an enhanced public space with a 24/7 public elevator and grand sweeping stairs, acting as a nexus between the two levels. A new and elevated pedestrian bridge spanning the I-90 ramp will connect the Office Building to the Triangle Parcel. The two-story building on the Triangle Parcel would consist of approximately 30,000 square feet to be used as programmable publicly accessible space. Additionally, the Project includes approximately 30,000 square feet of surface improvements along the World Trade Center Avenue Viaduct and beyond the Project’s property lines. It will also feature a landscaped, accessible rooftop that covers the Triangle Building.

Details Revealed for City Hall Plaza Redesign Additional renderings and more details have been presented for the $70M redesign of Boston's City Hall Plaza. The new plans, from Sasaki, will transform the Plaza into a universally accessible civic space with increased environmental sustainability. Highlights of the plan include... - 3,000 new spaces for residents to sit- 12,000 square feet of playscapes for children and families- 11,000 square feet of terraces for pop-up play and interactive public art.- 7 new "plug and play" locations for community groups to utilize, with space for 10,000 - 12,0000 visitors on the main Plaza, and room for a 20,000 - 25,000 person gathering on the entire Plaza- 100 new trees, improving the shade, scale and air quality of the Plaza. Fifty lights will be replaced with efficient LED technology, and 22,500 feet of granite and brick paving will be reused or recycled.

BGI Files Letter of Intent for Parcel A2 Project Boston Global Investors have filed a Letter of Intent for a 675,000 square foot, two-building project on the Seaport's Parcel A2 and Triangle Parcel. Parcel A2 would include an 18 story tower to contain around 645,000 square feet of office space. This building would have two entrances, one along Congress Street and the second from the World Trade Center viaduct. On the Triangle Parcel, a 2-story building would include 30,000 square foot of programmable space along with a landscaped rooftop. A new pedestrian bridge over the I-90 ramp would connect the two buildings. Plans would also call for 66,000 square feet of outdoor public space and 65,000 indoor space including a Great Hall along Congress Street.  BGI expects to file the PNF sometime in mid-June. Once permits and approvals are finalized BGI will enter into a long-term ground lease for the site with Massport.

Construction Nearly Complete for Harvard's ArtLab Painting and other interior finish work is wrapping up for Harvard's ArtLab as a temporary certificate of occupancy has been issued for the new building in Allston.  The 9,000-square-foot lab will feature space for arts including film, theater, dance and media. Amenities at the ArtLab will include sound editing stations, an audio recording studio, and space for rehearsal, improvisation, and informal performance.

Renderings of Seaport Office Tower Released Boston Global Investors plans to construct a 600,000-square-foot office building on a 1.1-acre parcel along Congress Street. The development rights went to a team led by John Hynes’ Boston Global Investors, which agreed to pay Massport $120 million for a 99-year lease for the site and access to a nearly half-acre parcel across the street known internally as “the triangle.” The street-level space will consist of a “grand hall” where eateries or nonprofits could set up. (The arch-like structure will minimize the need for columns in that ground-floor area.) The second and third floors will include two civic spaces, such as modest-sized performance venues. A new public connection would be made between the elevated World Trade Center Avenue and Congress Street below. And the developers would spruce up part of the viaduct — more like a park, less like a desolate bridge. Then there’s that “triangle” parcel, bounded by highway ramps. A single-floor building devoted to civic uses — billed as an innovation and cultural center — would go there, topped with a rooftop park and connected to the office building parcel via a pedestrian bridge. The 18-story main building would include 525,000 square feet of office space. BGI’s team, Massport says, expects to spend roughly $425 million on the entire project, including the public-realm improvements (and excluding the land costs). Construction could start in two years, and the building could open within four. Rendering Below: via Boston Globe

City Hall Plaza Renovation Moves ForwardAfter years of planning, the renovation of City Hall Plaza is moving forward according to city officials. The $60 million plan will overhaul City Hall Plaza with construction expected to begin in 2019. As a result of the renovation, Boston Winter will not be open this winter at the plaza. The new designs plans call for a more accessible plaza, including plans for a seasonal fountain, tree-covered gathering spots and a small park near Cambridge Street. The plans could potentially include a 5,000-square-foot restaurant on City Hall’s third floor.

Harvard proposes new ArtLab arts collaboration space along Western Avenue Corridor in Allston Harvard has unveiled plans to construct ArtLab, a new arts collaboration space within the University’s growing Allston campus along the booming Western Avenue Corridor. The 9,000-square-foot space would nurture arts including film, theater, dance and media, with spaces including sound editing stations, an audio recording studio and space for rehearsal, improvisation and informal performance. “The ArtLab will be more than just a space — it will be an important addition to Harvard’s burgeoning arts environment, a home where faculty, staff and students can engage in the kinds of interdisciplinary collaboration both within and beyond the curriculum that is a hallmark of Harvard’s strong and diverse arts community,” said Harvard President Drew Faust in a prepared statement. ArtLab would be located at Barry’s Corner, the intersection of North Harvard Street and Western Avenue in Allston, steps from Harvard’s under-construction $1 billion, 535,000-square-foot Science and Engineering Complex and recently completed 15,000-square-foot Life Lab, as well as multiple new development projects. The building would be located across from the recently completed $150 million, 350,000-square-foot Continuum development, home to a newly opened Trader Joe’s supermarket, and just down the street from Telford 180, a recently completed 85-unit condominium building that sold out pre-completion. In the coming months, Harvard will file plans with the Boston Planning & Development Agency (BPDA) formally proposing ArtLab. if approved, construction of ArtLab could begin as early as summer 2018, with completion in early 2019.