A New Terminal and A New Experience at LaGuardia Airport

Nobody likes delays when it comes to airports. 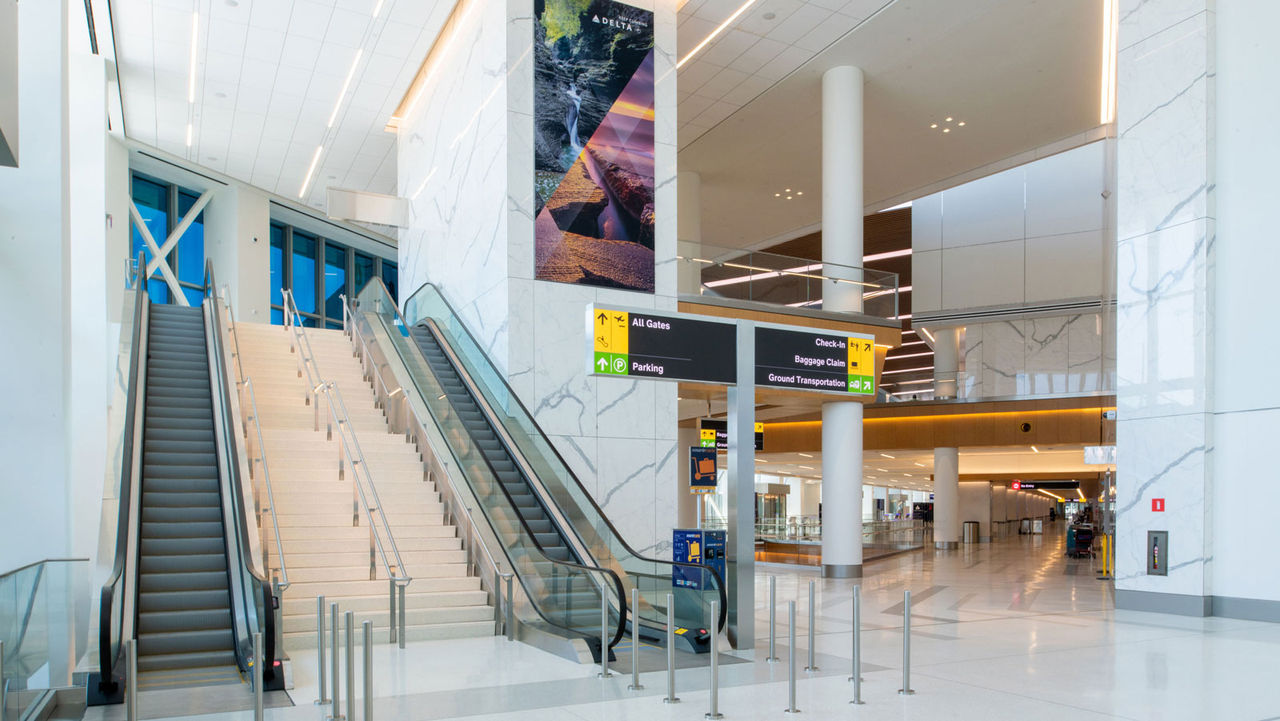 So, when the new US$4 billion Terminal C at LaGuardia Airport was opened in early June 2022, two years ahead of schedule, it was certainly refreshing news for travelers.

During this phase the new headhouse and two concourses and have been opened for business, and by 2024 two more concourses will come into operation.

LaGuardia Airport is the oldest commercial airport in New York City and first began offering flights for the public in 1939. When the Port Authority of New York and New Jersey (PANYNJ) first announced their plans for a multibillion-dollar refurbishment of the airport back in 2015, it was widely met with praise. This classic facility was long overdue for a refresh.

The new Terminal C is much more than a refurbishment. Delta wanted to completely rebuild the facility – a way for the company to show its commitment to the New York City region. The old Terminals C and D have now been combined into a single facility, covering over 120,000 m2 (about half the area of The Vatican City), with an 80% increase in retail space. The new terminal, with four concourses servicing 37 gates, will also feature the largest Delta Sky Club (Delta’s airport lounges) at any airport in the world, with a capacity of over 600 passengers. 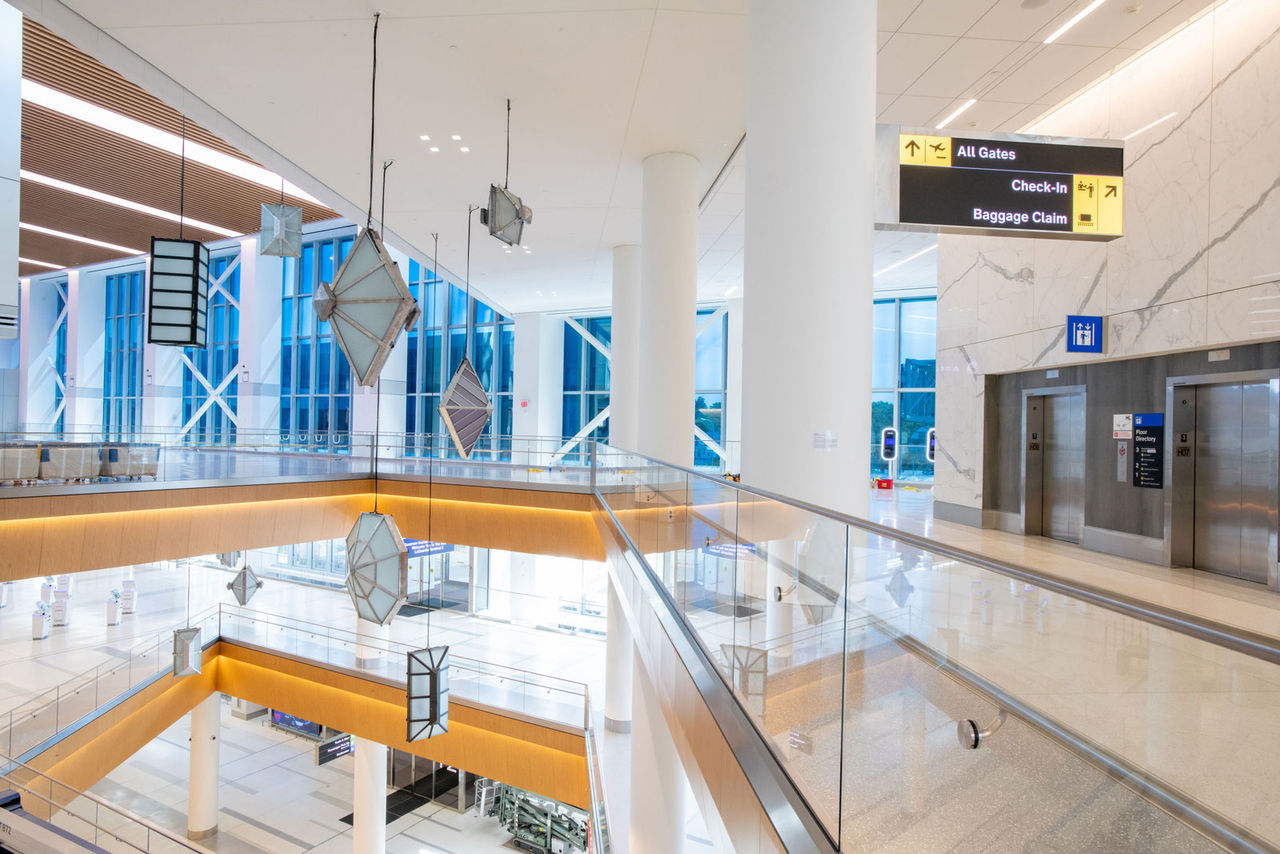 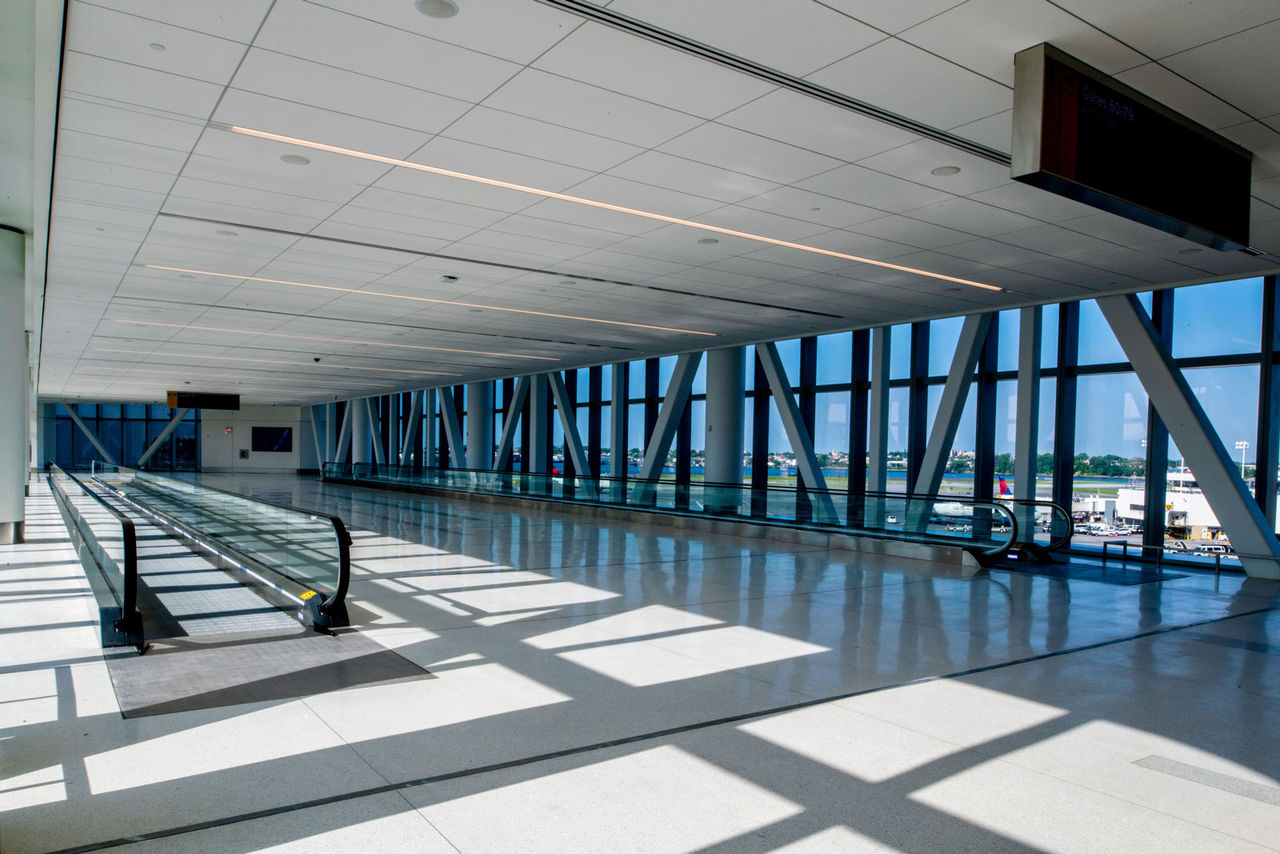 The pandemic and its challenges

Cereza Escobar, Schindler’s project manager at LaGuardia Airport, explains that when the pandemic hit, initially it was assumed that it would delay the work at the airport. But with less people traveling and a quiet airport, the completion schedule was in fact moved forward.

"We completed what was initially scheduled to take three years, in 18 months. It was a very compressed and tough schedule. At some point, we had about 30 mechanics on site working 12 hours a day, six days a week. Week in week out. It was a great team effort."

Completing a project of this scale in half of the original timeline was not without its challenges. For one, supply chain issues hampered progress. Getting the right materials, whether mechanical parts for an elevator or specific glass for the escalators, was no simple task.

"On top of that, it was not just our team who were working on a compressed schedule. In order to complete the terminal in the new timeframe, everybody's schedule was compressed," Cereza said. What that meant was a lot of trades working side by side, all on tight deadlines and relying on each other to keep up to speed. "At times, the coordination of our work with their work could be incredibly challenging. For example, if the staircases were not complete it meant we couldn’t completely finish the escalators installations either as they had shared sides."

But despite all the engineering challenges and logistical headscratchers the new terminal was finished on time.

"A lot of thought was put into the new design and layout of the new terminal" Cereza explains. Using traffic flow analysis, the goal was to help people move as smoothly as possible throughout the terminal, from check-in to gate. With a total of 20 elevators, 21 escalators and 4 moving walks, we’re helping people get to their gates faster and in more comfort. "Anything that reduces stress at an airport is a good thing," says Cereza. We agree.

This is, in a way, only the start of the journey.  Cereza points out that the partnership and commitment to customer experience does not end with installations. "Now to keep things running smoothly we always have two technicians on site, 24/7," she says. "This way we ensure that if there are any issues in the future, there will always be someone on hand to help fix it." Because no one likes delays.