Ground broken on Telford 180, 85 condominiums along Charles River in Allston

Developer The Davis Companies broke ground this week on Telford 180, an 85-unit residential condominium building along the Charles River in Allston. The following is a link to the official press release announcing the groundbreaking. Built by Dellbrook Construction and designed by Cube3 Studio, the six-story building will feature 85 condominiums with sweeping river and Boston skyline views surrounded by lush green space. Completion of Telford 180 is anticipated in Fall 2017.

Stephen Davis, Vice President at The Davis Companies, sees Allston's Charles River waterfront and the Western Avenue corridor as "a fantastic neighborhood poised for significant change." With Harvard University expanding its Allston footprint and recent development in Allston and nearby Watertown, Davis sees the Telford 180 site as "an opportunity to serve a remarkably underserved market in Boston's construction boom." With Telford 180, Davis hopes to create a "near-term housing enhancement" that will bring additional energy to the area and create housing convenient convenient to major employment and education centers "at a price point that will be readily accessible to young professionals." Davis points to the area's bicycle infrastructure and direct bicycle path connections to Boston and Cambridge as a major benefit and anticipates a number of Telford 180 residents will opt to commute via bicycle. Telford 180 will include bicycle storage in addition to 84 vehicle parking spaces.

Condominiums at Telford 180 will range from studios to three-bedrooms and feature open floor plans with large windows, high ceilings and state-of-the-art finishes and appliances. Resident amenities will include a rowing room, a full gym and a lounge featuring an indoor club room and an outdoor courtyard with grills and a fire pit. As part of the project, a new 6,000 square foot public park will be constructed at the corner of Telford Street and Western Avenue. The following are renderings of Telford 180: 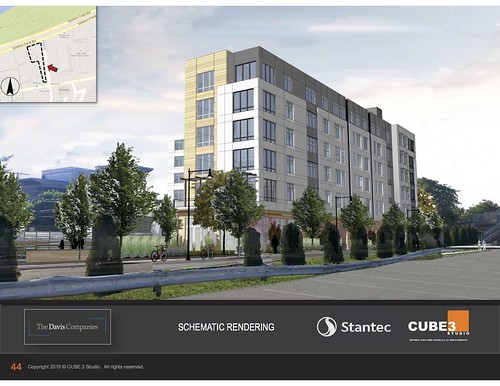 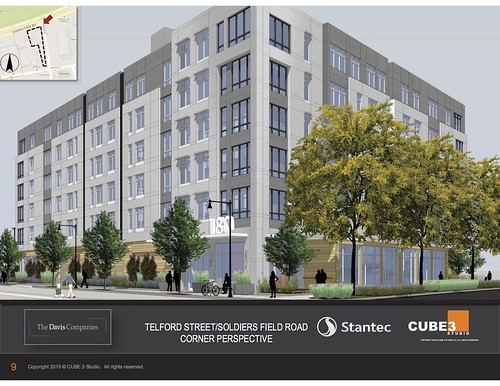