We all know the age-old story of Goldilocks, often in line with real estate.  One does not want to move forward with something unless it's just right. The recent office overhaul and related move for Coldwell Banker Residential Brokerage Boston followed the same storybook romance.  The brokerage hub opened its doors a few weeks ago, now centered between Berkeley and Arlington Streets.

Since 1929, Coldwell Banker Residential Brokerage has exemplified its commitment to Boston and its clientele.  Office space first established on Charles Street on Beacon Hill, transitioning to Arlington Street and most recently to Newbury Street and Commonwealth Avenue.  The two have now organically merged, finding a happy marriage on Boylston Street, steps from sought-after high-end retail and the Public Garden.

At their opening event last week, Office Manager Ken Tutunjian explained the new space was a labor of love, in having the search for new space last for nearly two-and-a-half years before a lease was signed. Local architectural firm, Embarc, made the visions of Ken and team a reality. The raw space was transformed into something 'aspirational,' stated Tutunjian. "It provides our customers and agents a more flexible space for meetings, closings, and opportunities with developers. Incorporated technology will allow from everything teleconferencing to digital presentations."

Tutunjian continued in saying that [CBRB] "has nothing but an ongoing commitment to the urban market and providing agents with the best state-of-the-art facility, continually reaching for the best in productivity."

You can find Coldwell Banker Global Luxury, home of The Piracini Group, at 399 Boylston Street, Suite 200. 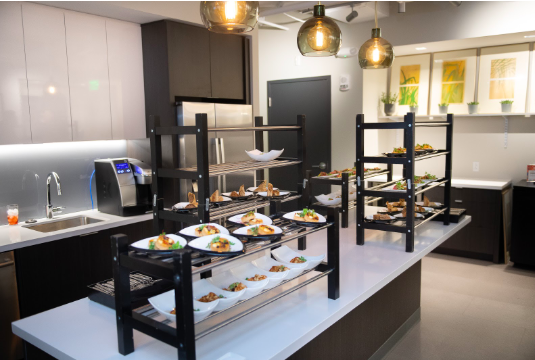 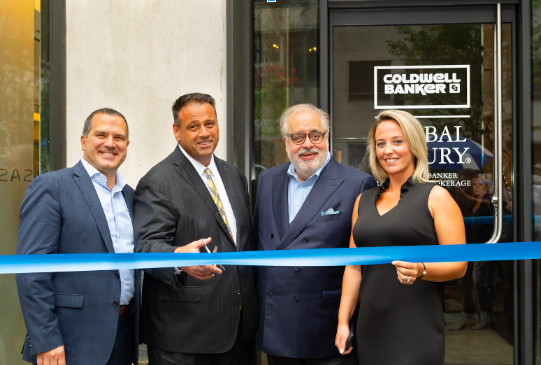 The Cosmopolitan in Boston