While construction focused on demolition and below groundwork over the last 15 months, Raffles reached a new construction milestone over the weekend. To support its highly unique architectural design, marked by a cantilever over the roof of the adjacent University Club of Boston, Raffles Boston’s foundation system is incredibly complex. A dense field of six-foot-wide caissons were drilled approximately 150 feet into bedrock, following which, 1.5 million pounds of steel plate girders, fabricated from three-foot thick steel plate, tied the grid of caissons together.  This weekend, 150 concrete trucks from Suffolk Construction assembled to pour Raffles Boston's 7-foot thick mat slab, which comprises 6 million pounds of concrete and 13 miles of rebar! The concrete structural core and columns that will form the building’s above-ground structure will sit on this seven-foot thick concrete mat slab. At the end of the month, Raffles’ tower crane will be erected, and the building will begin to rise above ground. The 33-story tower which will be the first mixed-use property in North America for the world-renowned and iconic hospitality brand is set to open in 2022. 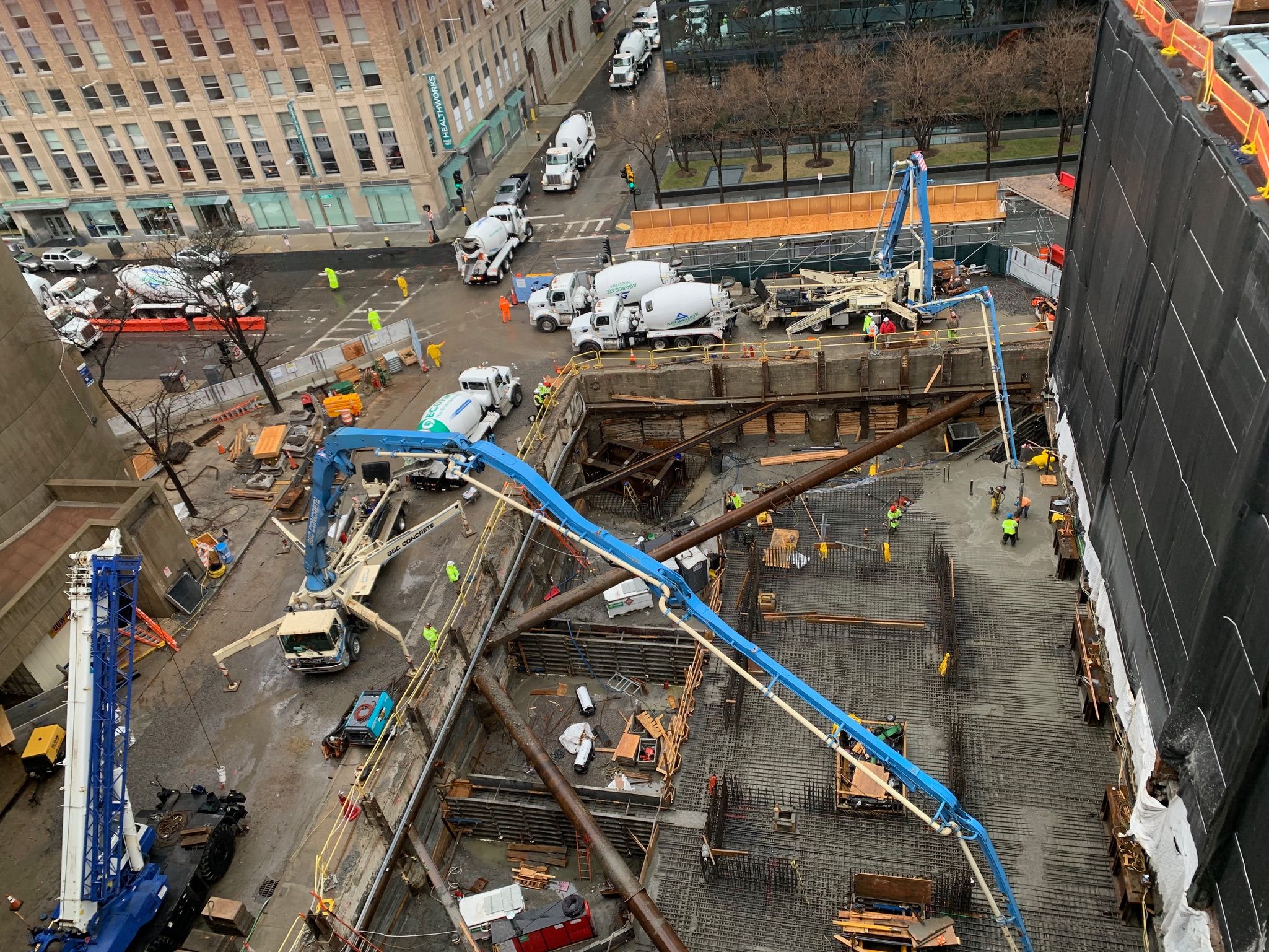 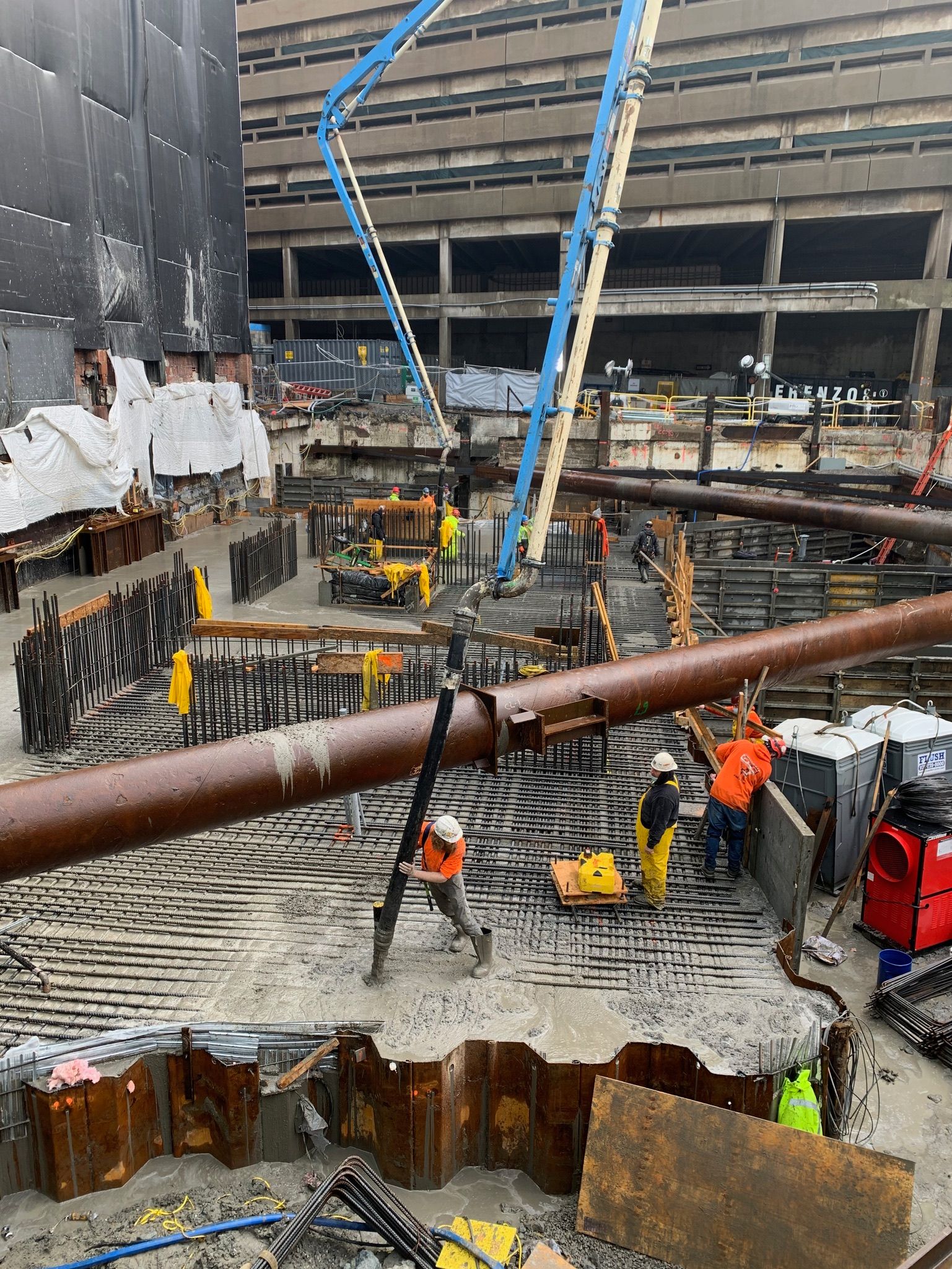