Representatives from The Brennan Group (TBG), John M. Corcoran & Company (JMC), and equity partner Berkeley Partners were joined by Town of Leicester officials last week to celebrate the official groundbreaking of Central Gateway, a subdividable 267,600 square-foot, speculative industrial facility. Construction on Gateway began late last spring and is well underway, with the foundations and building pad complete and steel and exterior walls about to go up. The project remains on target to deliver in Q2 of 2023. The facility is the second collaboration this year between the joint venture partners, who are also constructing Lunenburg Central, a 372,000 square-foot, Class A High Bay warehouse/distribution facility, expected to deliver in January 2023.

“This is a huge step for the Town of Leicester,” said Town Administrator David A. Genereux at the ceremony. “We’ve had the goal of promoting large-scale economic development within the Town, because we’re a town of blue collar tradespeople who understand that industry is the backbone of development. Gateway Central will bring real value to the community in terms of creating jobs within the town as well as the surrounding communities.”

Located at 90 Huntoon Memorial Highway (Route 56) in Leicester, adjacent to Worcester, MA, the second most populous city in New England, the new facility is accessible to major distribution roadways, within 10 minutes of Massachusetts Turnpike I-90, I-290 & I-395 Interchange, and Route 20. Central Gateway also offers easy access to the Worcester Regional Airport. The building is designed to accommodate either warehouse, distribution or manufacturing users, subject to market demand.

“The decision to proceed with the speculative development of Central Gateway was driven by strong market demand and our belief in the location of the site, which is central to all of New England, with excellent access to major highways,” said Peter Mahoney, Executive Vice President at JMC. “Demand for high quality industrial space – particularly subdividable space – remains strong. Our partnership recognized this terrific opportunity and decided to move forward.”

Industry reports confirm that there is still a significant supply/demand imbalance for Class A industrial product as vacancy rates for the Greater Boston market again hit a new low at the close of Q2 2022 – 3.0 percent. “As large parcels of land for industrial development projects become increasingly scarce, the Central Mass market, with its accessibility to major highways, is emerging as the next frontier for warehouse, distribution and manufacturing,” said John Brennan, VP at TBG. “The Town of Leicester recognized this opportunity to increase its commercial base, and have been terrific partners in this project.”

The Class A, 267,600 square-foot facility will feature best in class design which can be subdivided to accommodate multiple tenants, and includes 36’ clear heights, 45 overhead doors and 3 drive-in doors, with 299 vehicle parking spaces and 59 trailer/van parking stalls, as well as build-to-suit office space. Leasing efforts will be handled by the Newmark Industrial Leasing team, along with Will Kelleher of Central MA-based Kelleher & Sadowsky Associates. Construction financing is being provided by HarborOne Bank, and Harbor One’s participant bank is Bristol County Savings Bank.

“The Route 56 corridor has been a hidden gem. A key economic development objective of the Town of Leicester Master Plan was to cluster commercial and industrial properties along this priority development area and long-vacant site” said Alaa Abusalah, Director of Development/Town Planner for the Town of Leicester. “The development team has been amazing in terms of how to figure this project out, and it was approved after just one hearing – which is almost unheard of.”

Central Gateway is designed and constructed by the same team as Lunenburg Central – national players GMA Architects and ARCO National Construction. TBG and JMC are longtime collaborators on a wide array of projects, and equity partner Berkeley Partners’ affiliated entities own and operate nearly 9 million square feet of light industrial properties throughout the U.S., including over two dozen assets in Massachusetts. 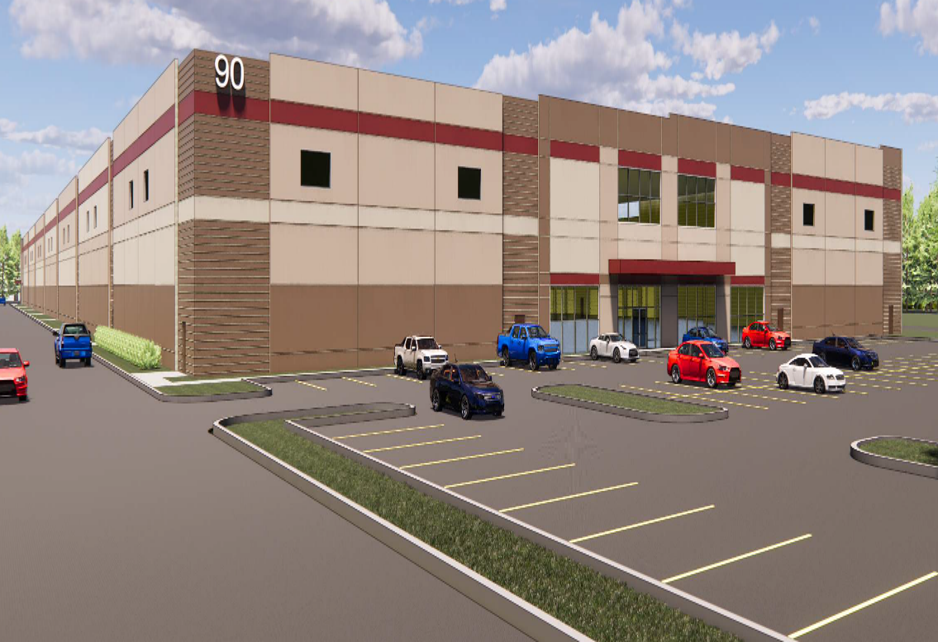 Wesley Housing Board Selects McAfee As Next President And CEO in

The Kavista in El Portal

Residences at East Church in Frederick

Nautica Hotel And Residences in Miami

The Huron in New York

Eagle Rock Apartments at Me... in Framingham