Work continues at breakneck pace on the massive Volpe redevelopment project in Kendall Square. MIT released updated renderings detailing the sheer scope of the project along with a slew of public-benefiting improvements to the site. 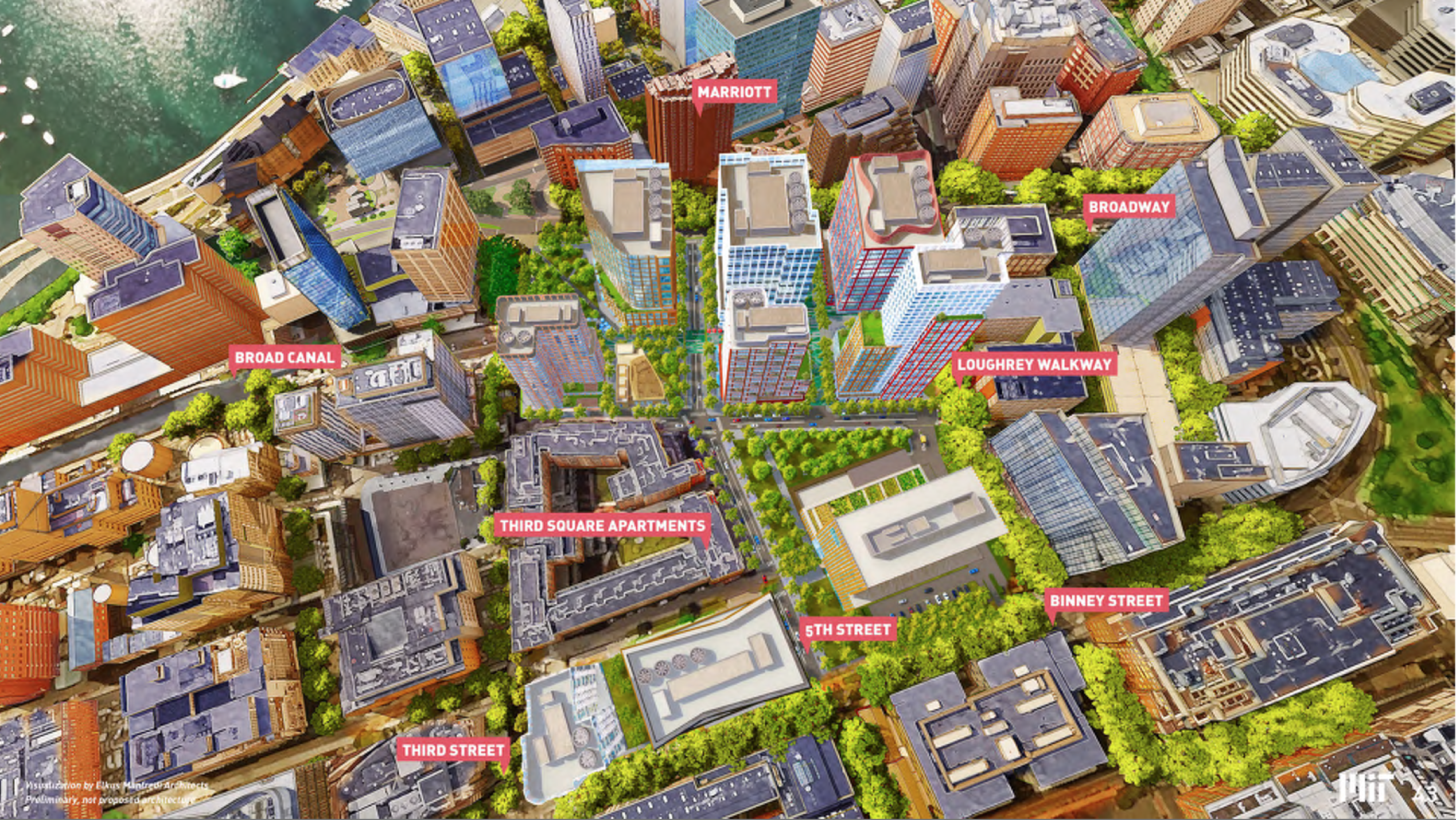 Included in the renderings are several public benefits to the site, including a $25.5M community center, new parks along 3rd and 6th streets, and public spaces at Broadway, Broad Canal, and 5th Street. 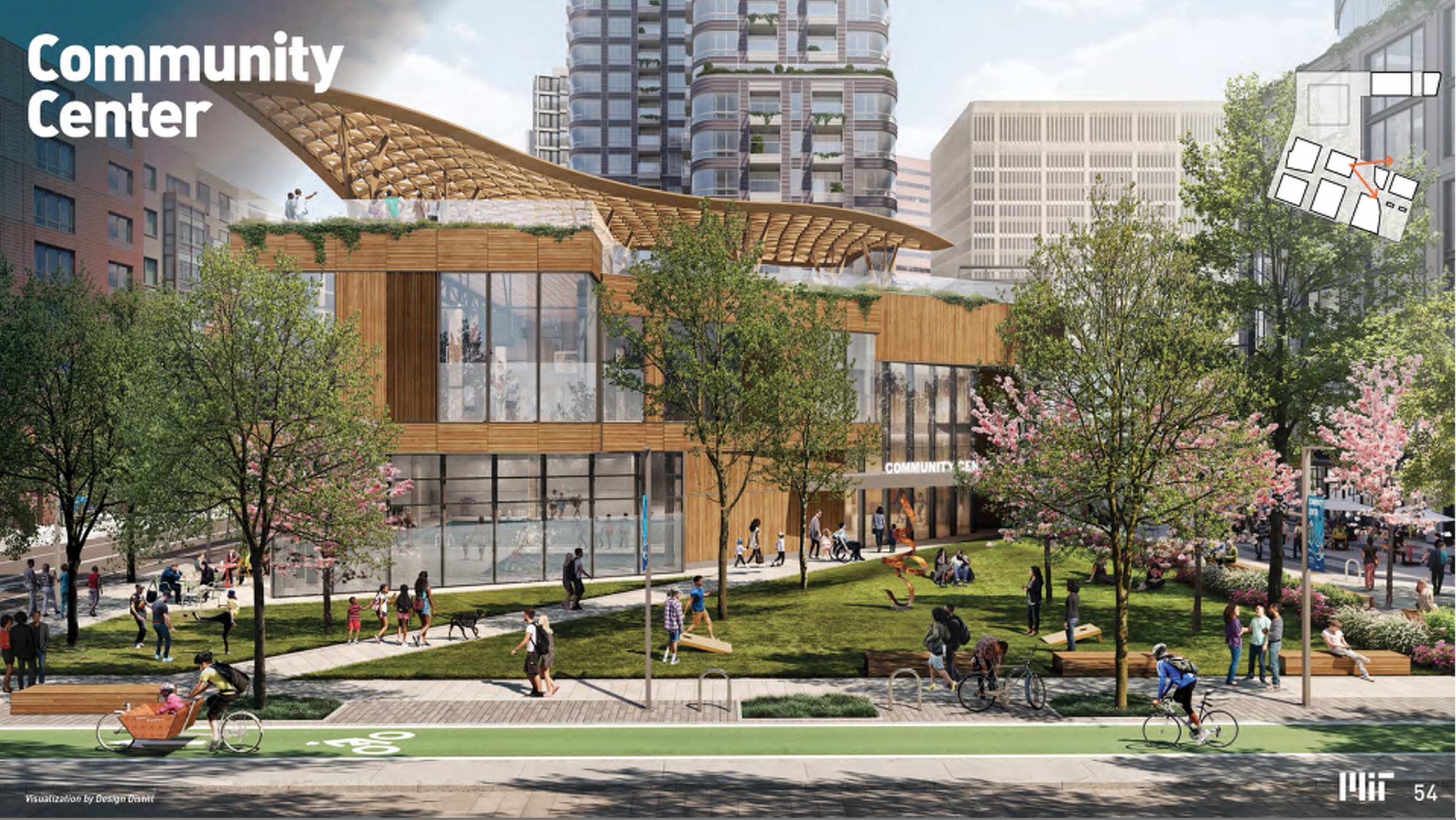 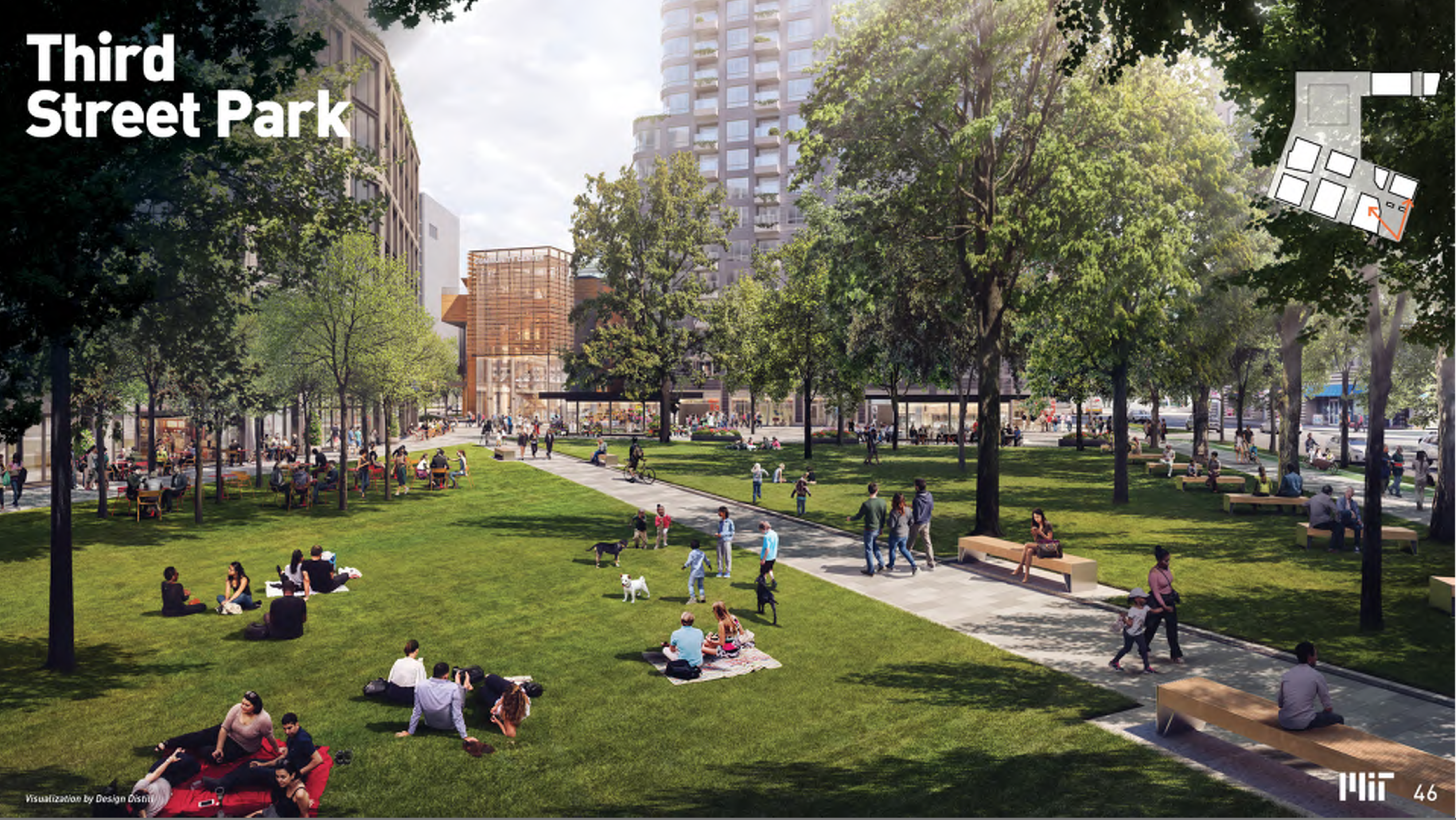 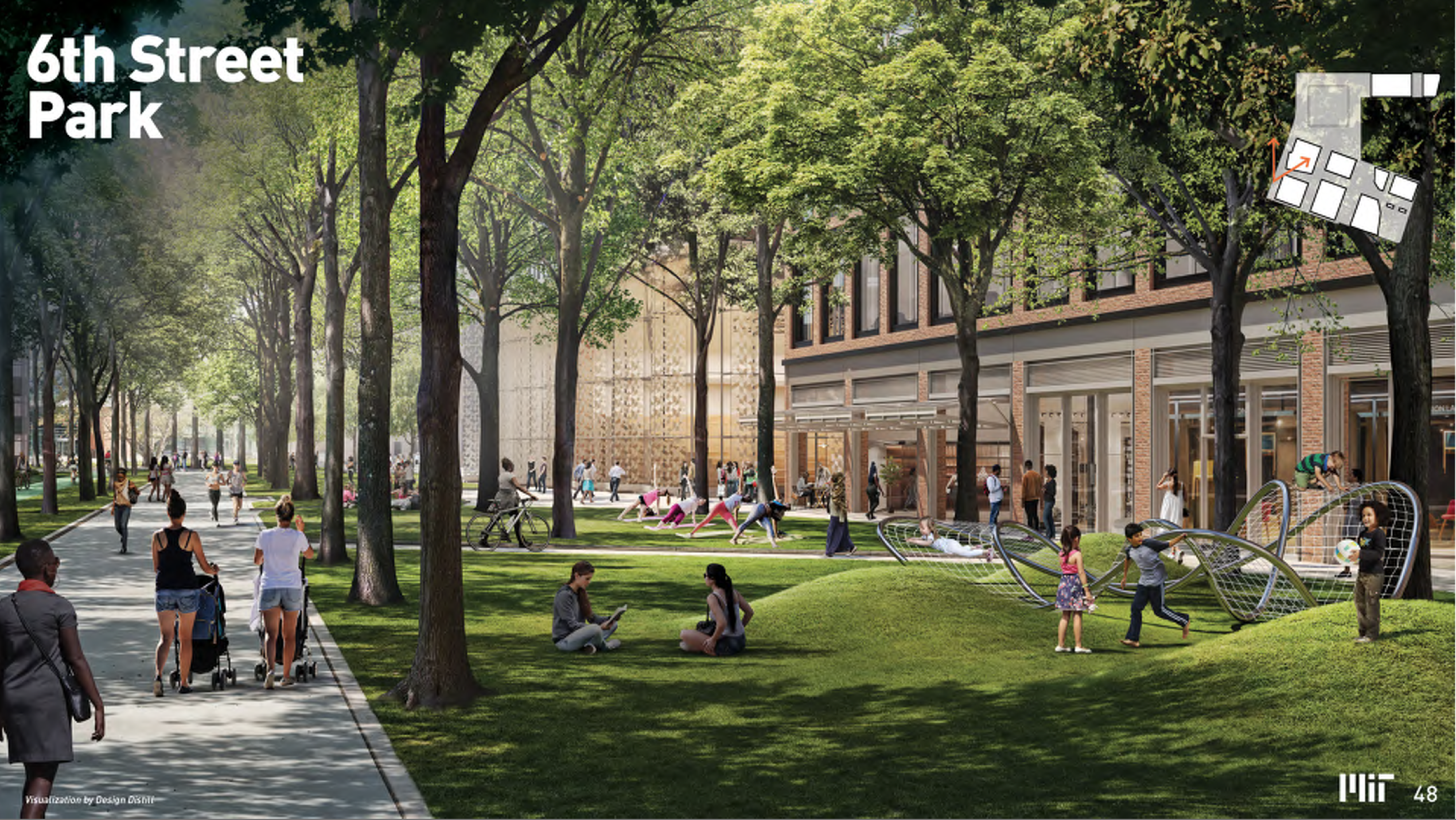 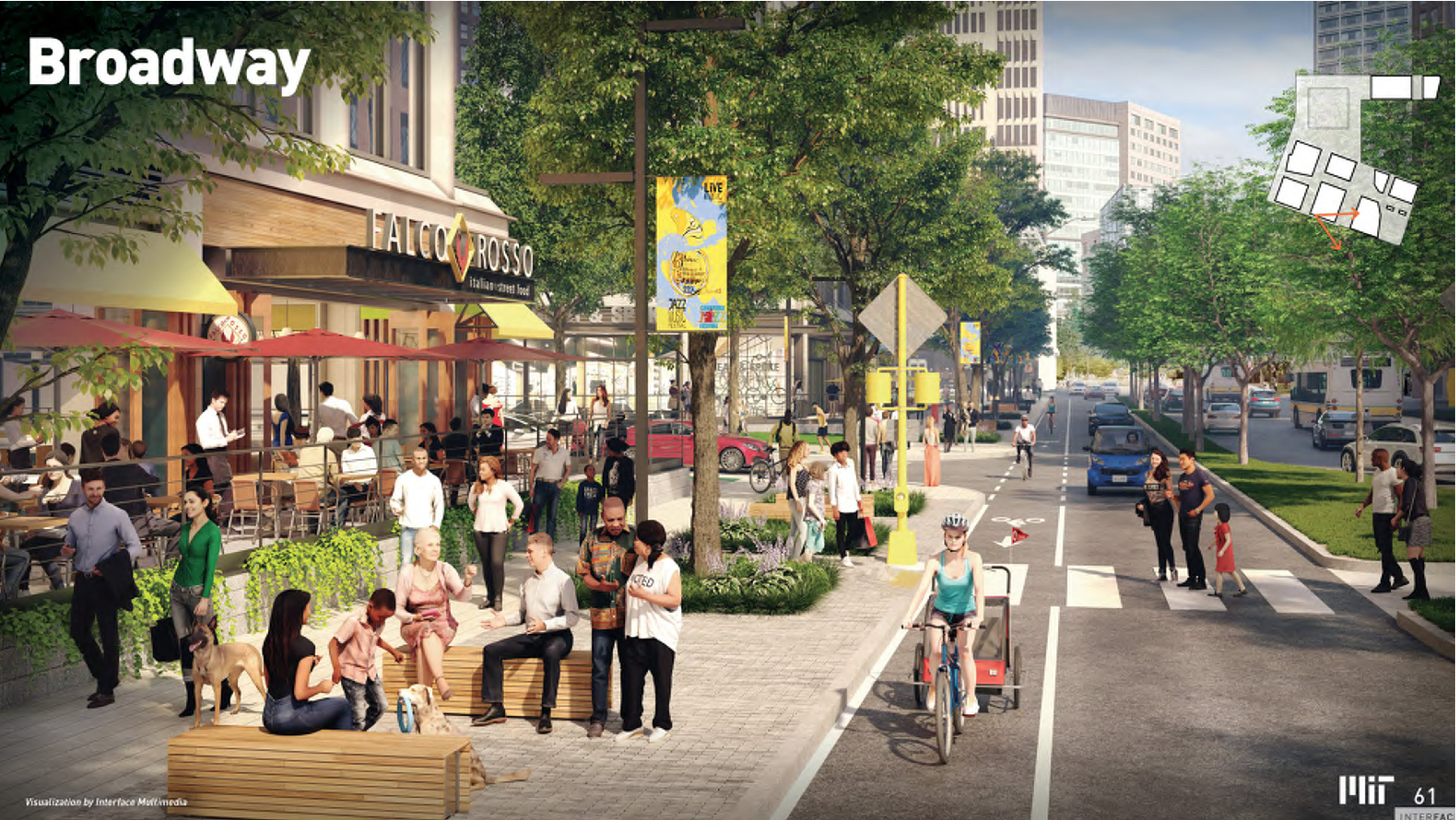 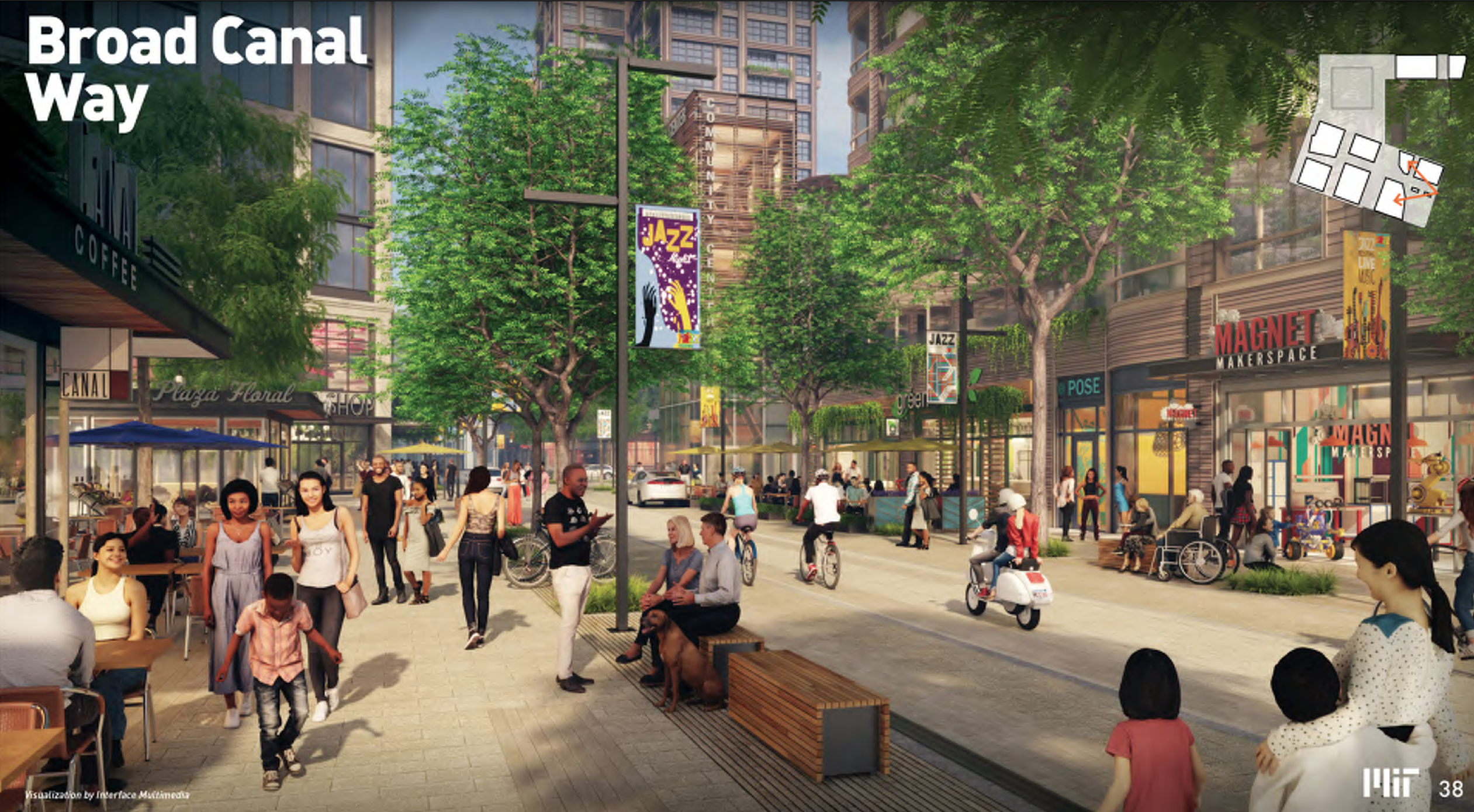 Other goodies for the project include renderings for an entertainment venue and concepts for a public-activated street level overview. 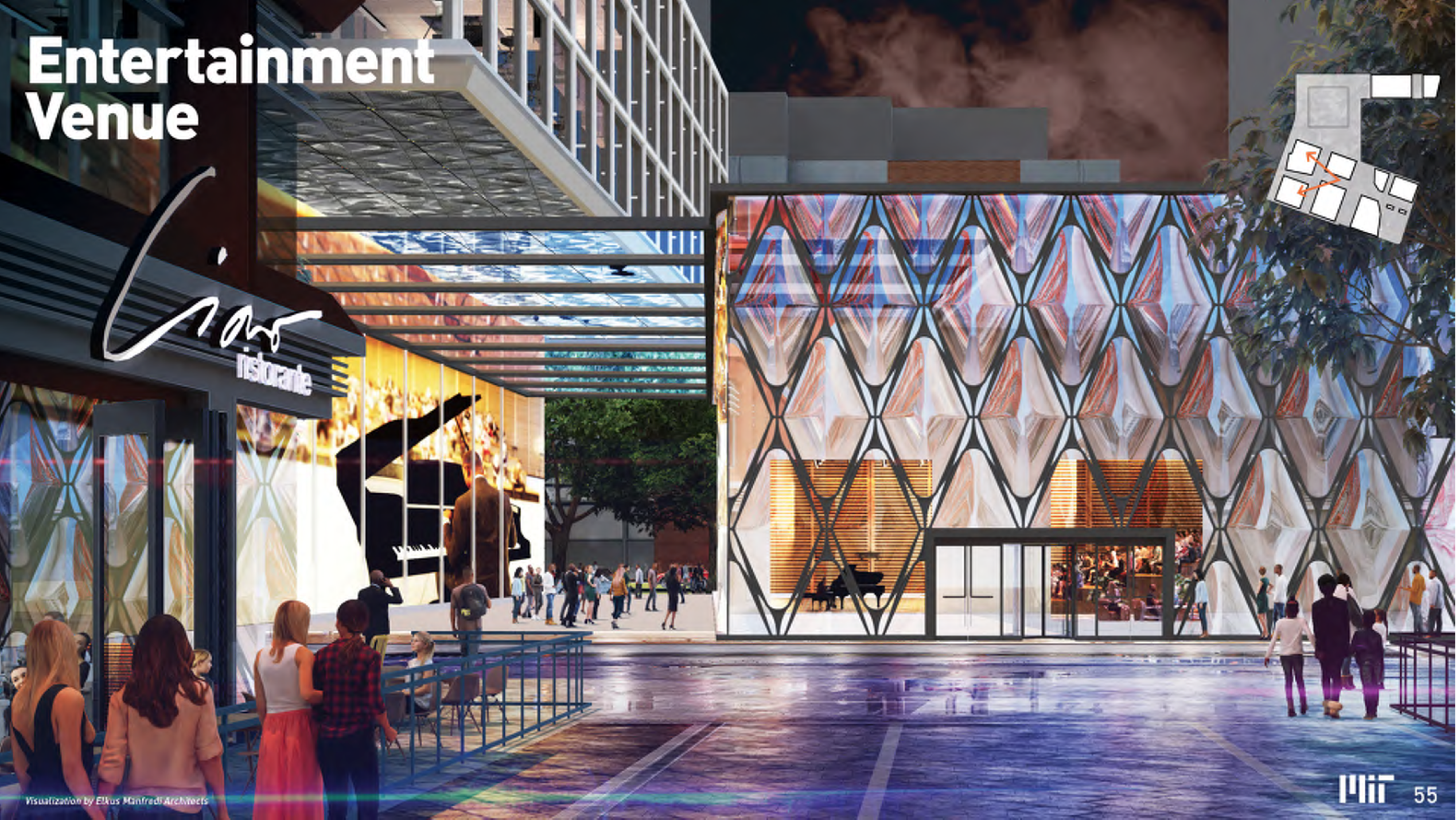 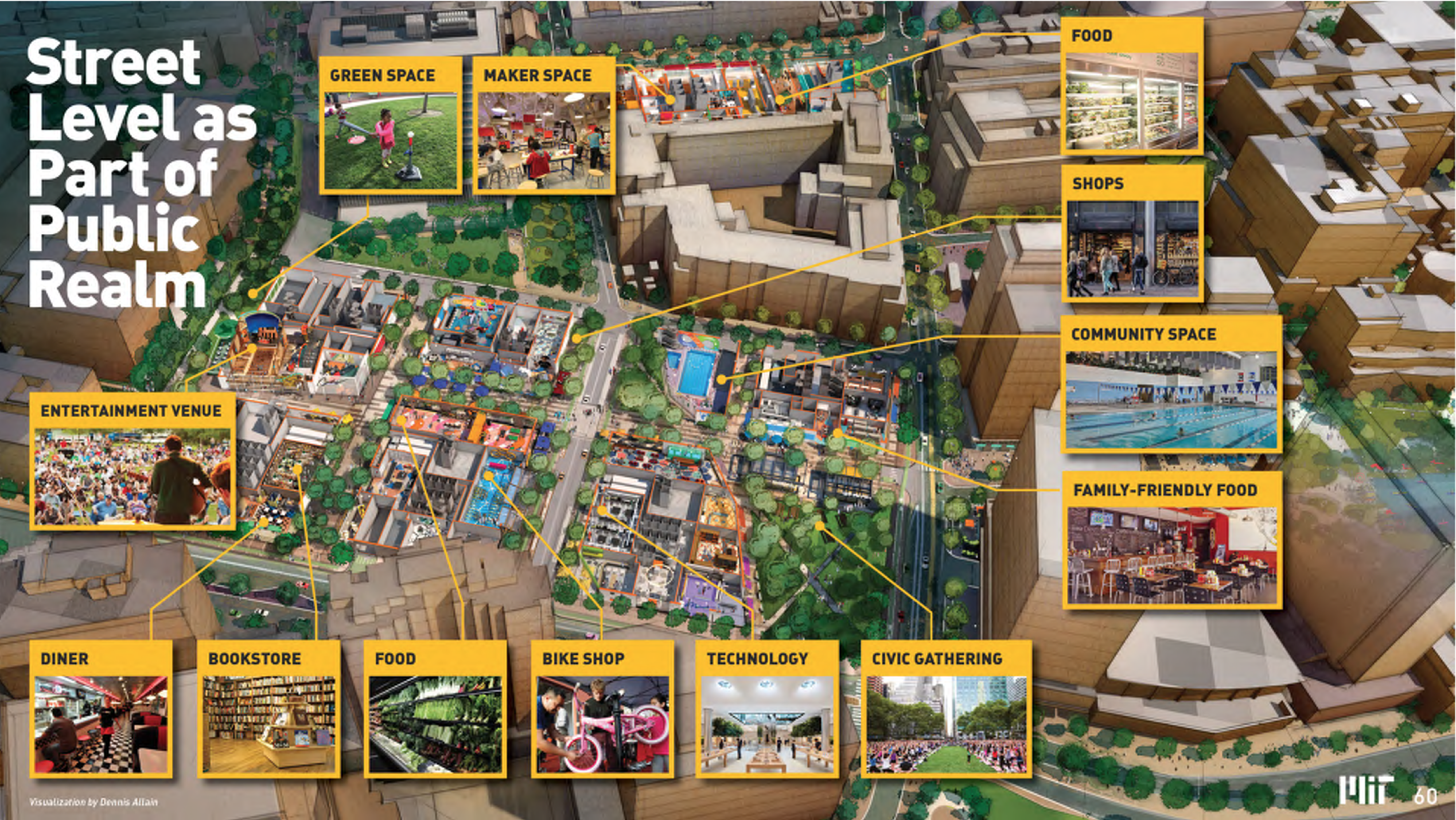 The 14-acre United States General Services Administration-owned parcel located in the heart of Kendall Square is being redeveloped in multiple phases by the Massachusetts Institute of Technology (MIT). MIT will pay the GSA $750 million for the right to own and develop the parcel. 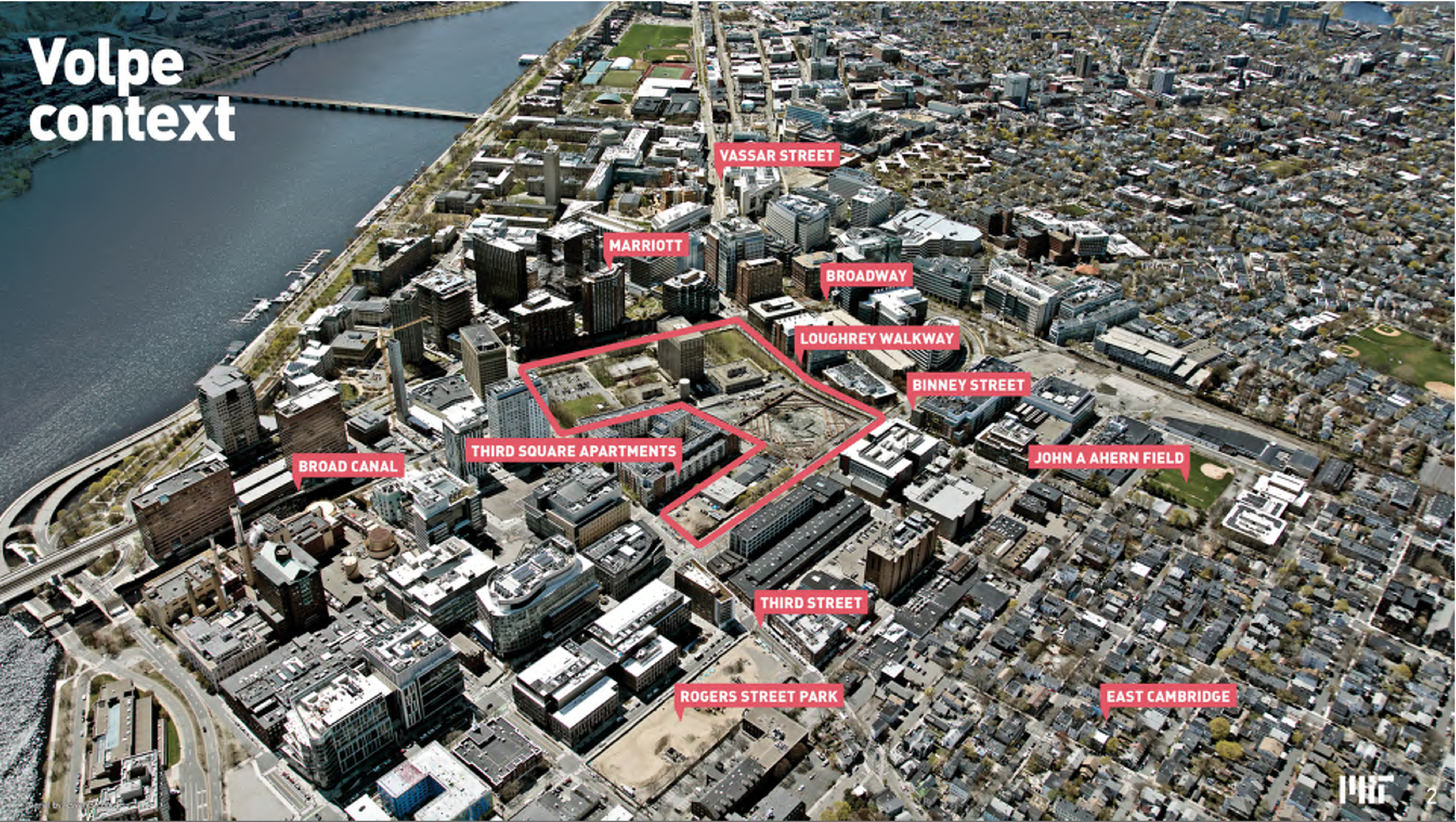