Demo has kicked off of the building that formerly housed the historic Boston Flower Exchange to make way for Exchange South End, the upcoming 1.6 million square foot project that, once complete, will be a next-generation life science and technology urban campus. When asked about the timeline for construction of the first phase of the project, The Abbey Group tells BLDUP, "We are actively marketing the project, we are preparing the site and taking steps to be able to go forward with construction. We don't yet have a specific timetable to share." 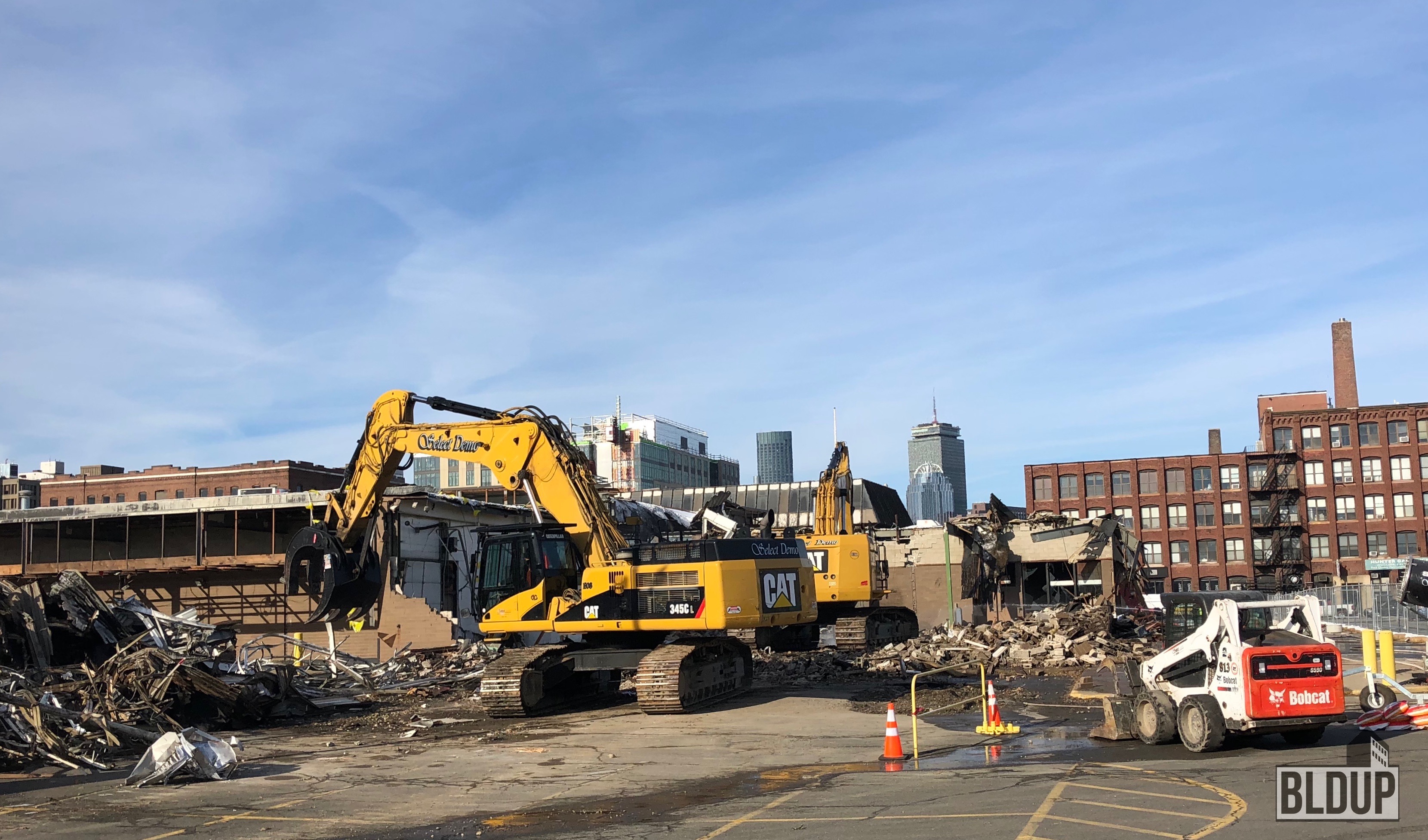 While the Boston Flower Exchange represented a physical exchange of goods for much of the 20th century, Exchange South End will represent an exchange of ideas, technology, and culture for the 21st. Located in the South End, one of Boston’s most culturally rich and diverse neighborhoods and home to hundreds of nearby restaurants, bars, retail shops, art galleries, and studios, the site will feature four new state-of-the-art laboratory and office buildings, significantly improving the area’s life science and technology infrastructure. Additionally, the campus will feature 22,000 square feet of retail space and 30,000 square feet of community space.It is anticipated that the site’s original wharf granite slabs will be excavated and incorporated into Albany Green, a one-acre publicly accessible open space at the heart of the campus, as benches, walls, and other park features.