Developer of Tropicana Field Site Will Be Announced June 29

The Mayor of St. Petersburg, Ken Welch, has announced that he will make the final selection of the developer for the Tropicana Field site on Wednesday, June 29.  Welch took office in January 2022, soon thereafter he stated that he wanted to take some time to reevaluate the proposals from the two developers, Midtown Development and Sugar Hill Community Partners.  Former Mayor Rick Kriseman had selected Midtown Development prior to leaving office. Mayor Welch has traveled to visit properties developed by each of the two teams as part of his evaluation process.

The Tropicana Field Development is an 86-sacre site on the edge of downtown St. Petersburg.  The site is currently occupied by Tropicana Field, home of the Tampa Bay Rays major league baseball team.  The Rays lease with the City of St. Petersburg expires in 2027 and there is uncertainty as to where the Rays will play when the lease expires.  The City of St. Petersburg has solicited proposals to re-develop the site, both with and without a baseball stadium.  The two groups are Midtown Development and Sugar Hill Community Partners.  Both proposals include mixed-use developments to include office, retail and residential properties along with green space and vibrant landscaping.  Midtown would build 6,000 to 8,000 residential units, 20% of which would be workforce housing.  The plan also includes 200,000 square feet of indoor and outdoor office space.  In Midtown’s vision, the stadium would be between Booker Creek and 16th Street, near the current stadium.  If the Rays do not stay in St. Petersburg, the current stadium site would be 25.5 acres of green space.  The Sugar Hill proposal would feature a 500-key hotel and 150,000-square-foot convention center.  Additionally, Sugar Hill would develop 2,401 affordable and workforce residential units with a Rays’ stadium, without a stadium, there would be 3,165 affordable and workforce units.  Both proposals allow for the possibility of demolishing and rebuilding a section of the I-175 freeway that runs south of Tropicana Field towards downtown. 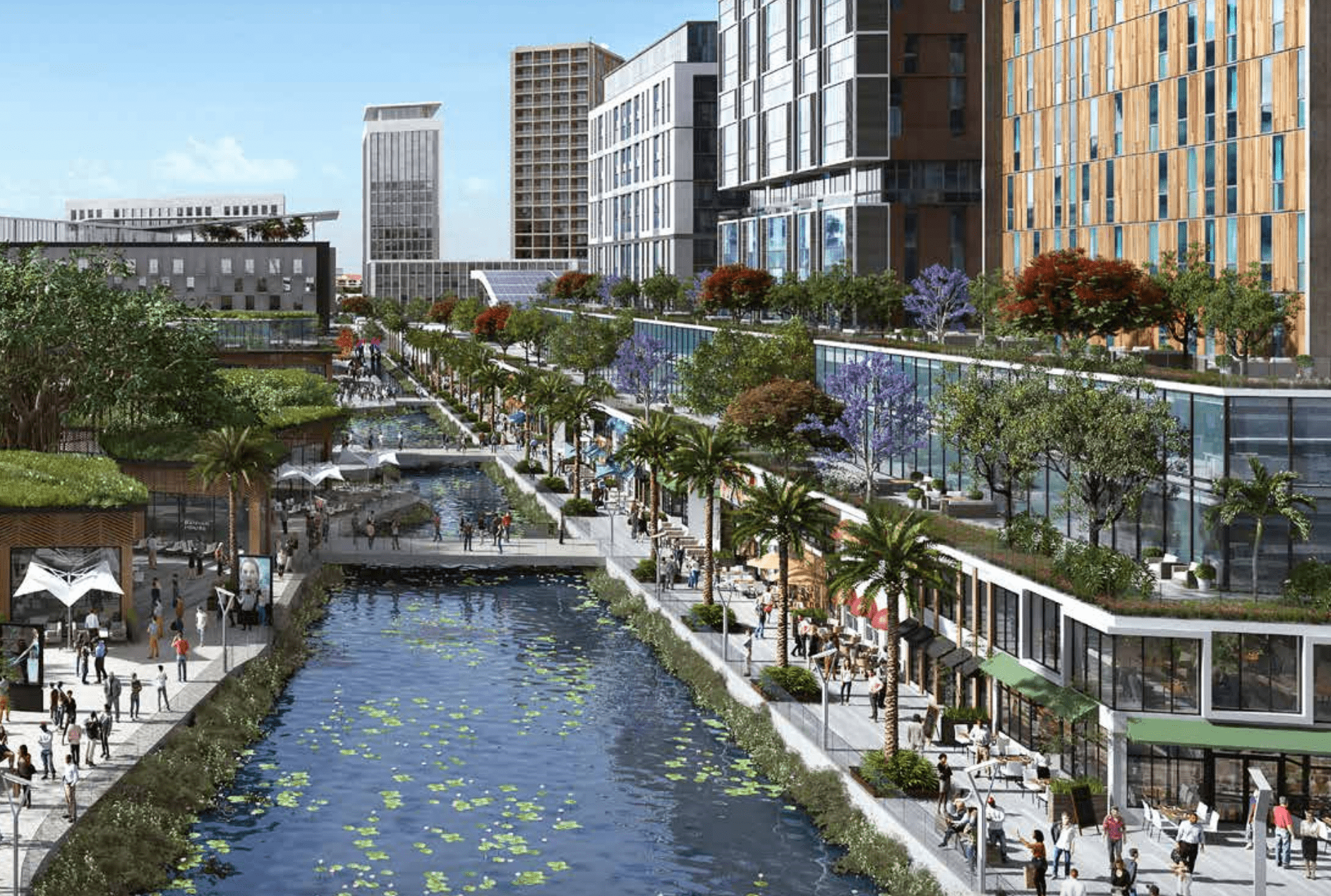 The Six in Hyattsville