The 10-story facade of 14 WEST is nearing completion, with just about all floor-to-ceiling windows installed and nearly all precast brick panels in place. The facade is fully outfitted with weatherproofing and fireproofing. Inside 14 WEST, the building’s 49 luxurious, open-concept residences are just about fully framed, with large sections of vertical metal dunnage framing erected. In the coming months, luxurious finishes including engineered hardwood flooring, stainless steel appliances and marble bathrooms will be installed throughout the building. At 14 WEST’s summit, construction of the building’s private roof deck, which will feature panoramic views of Boston Harbor, the Blue Hills and the Boston skyline, has begun.

Set to open in April 2018, 14 WEST features 49 luxurious one-to-four-bedroom condominium residences appointed with premium finishes located in South Boston at the convergence of the South End, the Seaport District and Downtown Boston. Building residents will have access to top-line amenities, including a fully-equipped private fitness center, a covered portico offering 24-hour valet parking with direct access to the building's lobby and a private roof deck with sweeping views. On 14 WEST’s ground floor will be a 350-seat, 6,000-square-foot restaurant, built by 14 WEST developer City Point Capital in partnership with one of Boston’s best restaurant teams.

Next door to 14 WEST, vertical construction of City Point Capital’s Cambria Hotel at 6 West Broadway is underway. Opening in the first quarter of 2019, the 14-story, 159-key boutique Cambria Hotel will be built in partnership with Choice Hotels International and Meyer Jabara Hotels, and will feature a rooftop bar, a lobby lounge, a restaurant with local influence and a chef-driven concept, stylized décor, over 1,500 square feet of meeting space and a 2,400-square-foot fitness center also available to 14 WEST residents.

14 WEST residences are now available for sale. City Point Capital is now working with Caulfield Properties at Compass Real Estate, one of the top brokers in Boston. For more information, or to schedule a tour of 14 WEST, please contact the sales team at info@14WESTBroadway.com or 617-765-8932. The following are interior photographs of 14 WEST: 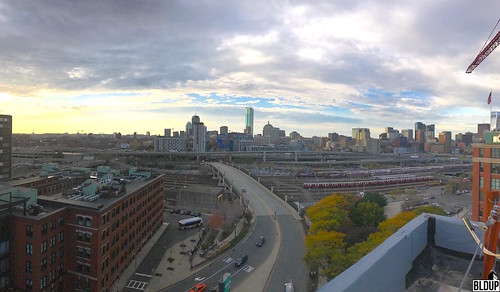 The following are exterior photographs of 14 WEST: 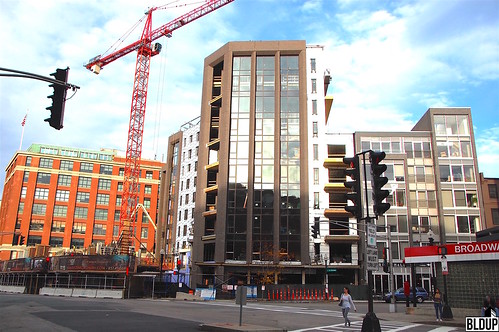