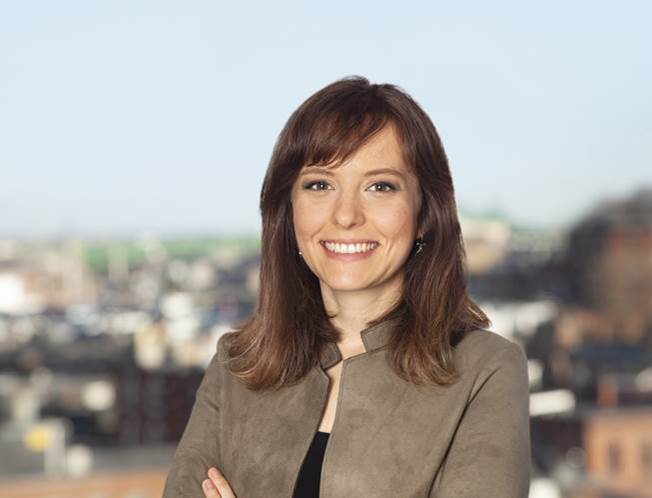 With a Master of Urban Design from Carnegie Mellon University and a Bachelor of Architecture from Middle East Technical University in Ankara, Turkey, Diler Himes joined Finegold Alexander in 2016 and quickly progressed to her current role as the firm’s Design Manager. As a proven thought leader in design, Diler Himes has played a significant role in several Finegold Alexander projects, including 727 Massachusetts Avenue in Cambridge, MA.

Finegold Alexander is designing a 37-room boutique hotel and commercial space at 727 Massachusetts Avenue in a building formerly known as the Cambridge Gas Light Building. The building—along with its future hotel—is being developed by Chevron Partners, a Boston-based fully-integrated real estate development firm known for rehabilitation and modernization of historic properties. The building will retain its original existing base, which will remain open for retail and office occupancy. The hotel will be built atop the 1910-building, creating a modern and vibrant design, while paying homage to the historic roots of the City of Cambridge.

“Recognition of Özge’s expertise, accomplishments, and character by BD+C could not be more deserved,” said Ellen Anselone, Principal and Vice President at Finegold Alexander. “Özge plays an integral role in Finegold Alexander’s project success and firm growth. Our team is extremely lucky to have her and we look forward to watching her continue to blossom as a leader both within Finegold Alexander and in the community.”