Per Company Statement: "Today, Clark Construction Group joined veterans and their families, representatives from the United States Congress, and the State of Kuwait, military commanders, and other grateful American citizens to ceremoniously break ground on the National Desert Storm and Desert Shield Memorial in Washington, DC. 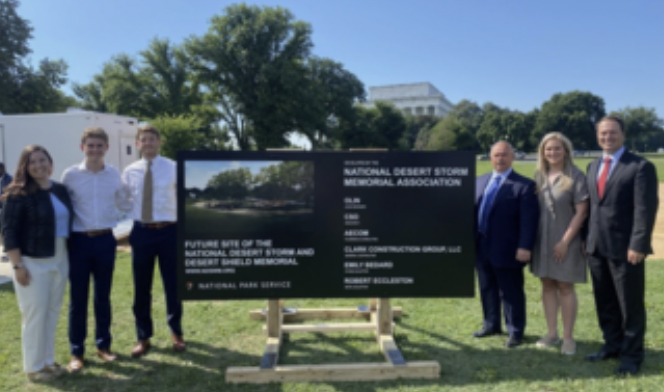 Once complete, the Memorial will commemorate the historical significance of Operation Desert Shield and Operation Desert Storm while honoring the service and the sacrifice of the United States of America and Coalition military personnel who liberated Kuwait from Iraq and defended Saudi Arabia and Arabian Peninsula from further invasion... Clark is humbled to be a small part of such an important and impactful project."

The Stacks in Washington DC