The interior of 61 North Beacon Street, a historic 5-story, 71,000-square-foot office building, has been nearly fully demolished to make way for renovations that will comprise the first phase of the mixed-use redevelopment of the 5.3-acre Boston Volvo Village property in Brighton. 61 North Beacon Street will be converted into a new dealership and offices for Boston Volvo Village, freeing the existing dealership property up for redevelopment. Preliminary development plans for the site call for three new buildings, which could include multifamily housing. 61 North Beacon Street will also contain ground-floor retail and 28,000 square feet of upper-floor office or R&D space. 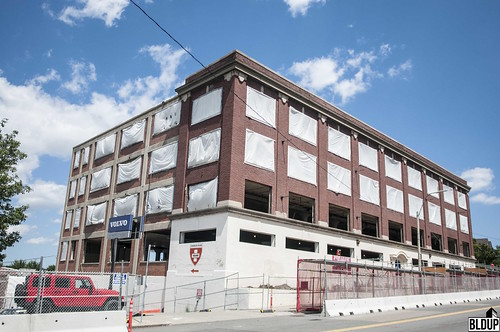