Interior framing of 14 WEST’s 49 luxurious condominium residences and exclusive common spaces is well underway, with vertical metal studs installed on nearly all floors. Precast brickwork installation is complete along 14 WEST’s façade. Weatherproofing sections of the façade, which will consist of metal panels and floor-to-ceiling windows, is also well underway. Moisture-resistant cladding is in place along large facade sections, and exterior fireproofing is in progress. Installation of private outdoor balconies outside select 14 WEST residences is complete; 14 WEST will feature stunning Boston skyline and Boston Harbor views.

Slated for completion in early 2018, 14 WEST is located in the heart of South Boston at the junction of three of Boston’s most desirable neighborhoods: the South End, the Seaport District and Downtown Boston. 14 WEST offers top-of-the-line features, including a covered portico offering 24-hour valet parking with direct access to the building's lobby, and is topped off by a roof deck with sweeping views. 14 WEST residences are for sale available now, ranging from one to four-bedroom units. Residences feature the most in-demand amenities, including an open concept layout, engineered hardwood flooring and marble bathrooms. On 14 WEST’s ground floor, the developer is partnering with one of Boston’s best restaurant teams to build a 350-seat, 6,000 square foot restaurant. For more information, or to schedule a tour of 14 WEST, please contact the sales team at info@14WESTBroadway.com or 857.496.0425. The following are photographs of 14 WEST: 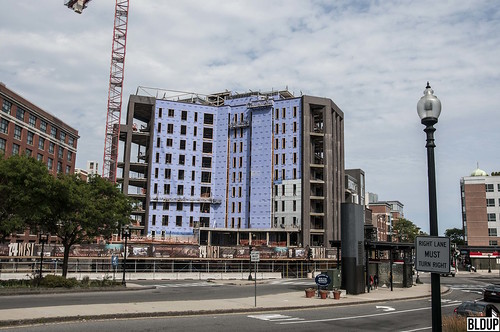