For the last few years, Brookfield Properties has been hard at work developing Manhattan West; a 6-building, 7-million sqft. complex next to Hudson Yards. At the heart of this mixed-use, mini-metropolis will stand a pair of supertall office towers, known respectively as One and Two Manhattan West. 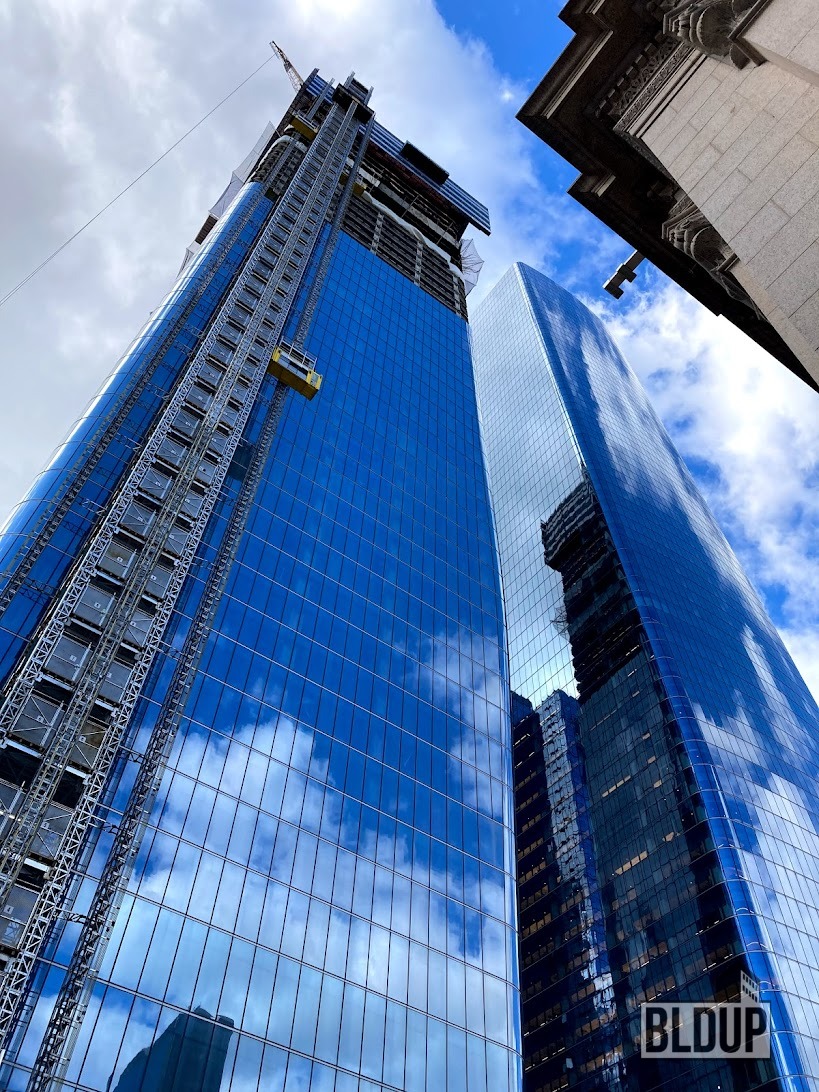 Designed by Skidmore, Owings & Merrill, the 58-story tower will share nearly identical architecture with its sister building but will top out 61 feet shorter. Two Manhattan is no slouch however as it will have a final height of 935 feet and contain 1.9 million sqft. of floor space. 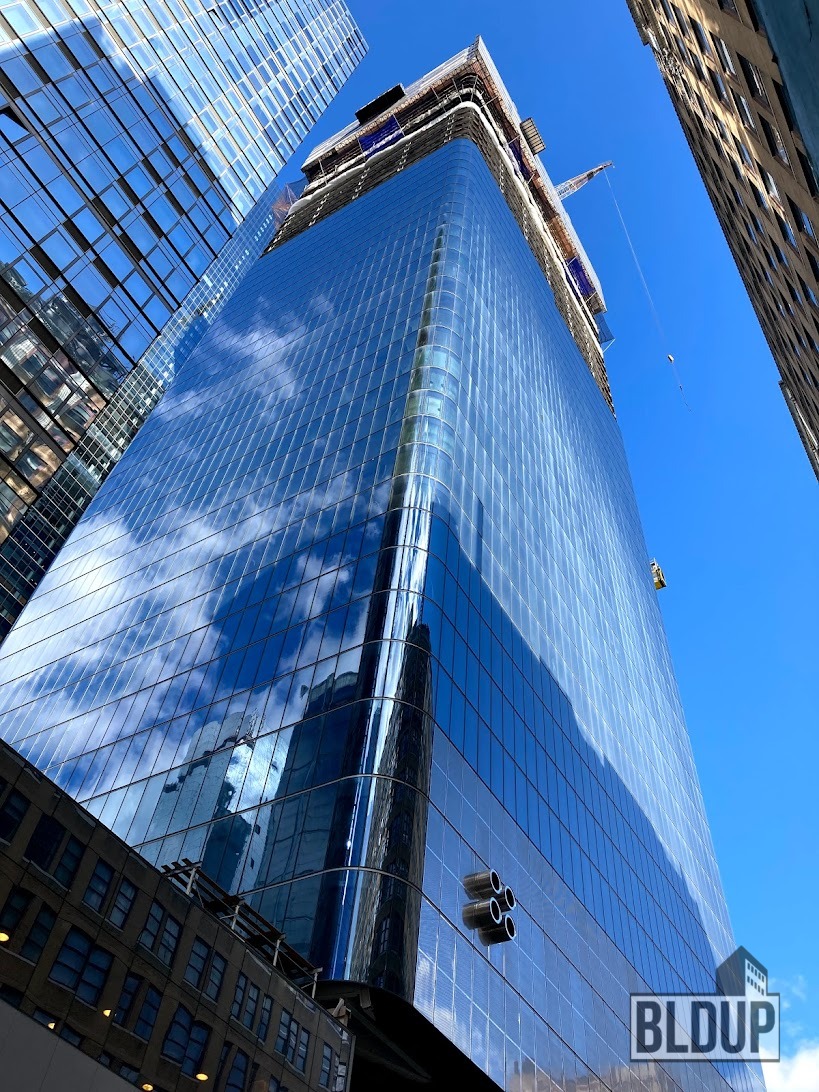 Since our last visit, Two Manhattan West has grown considerably in height. General contractor, Tishman Construction, has been working hard to add floors to the rising superstructure. As opposed to just a few months ago, the tower is now tall enough to be seen from Madison Square Garden. 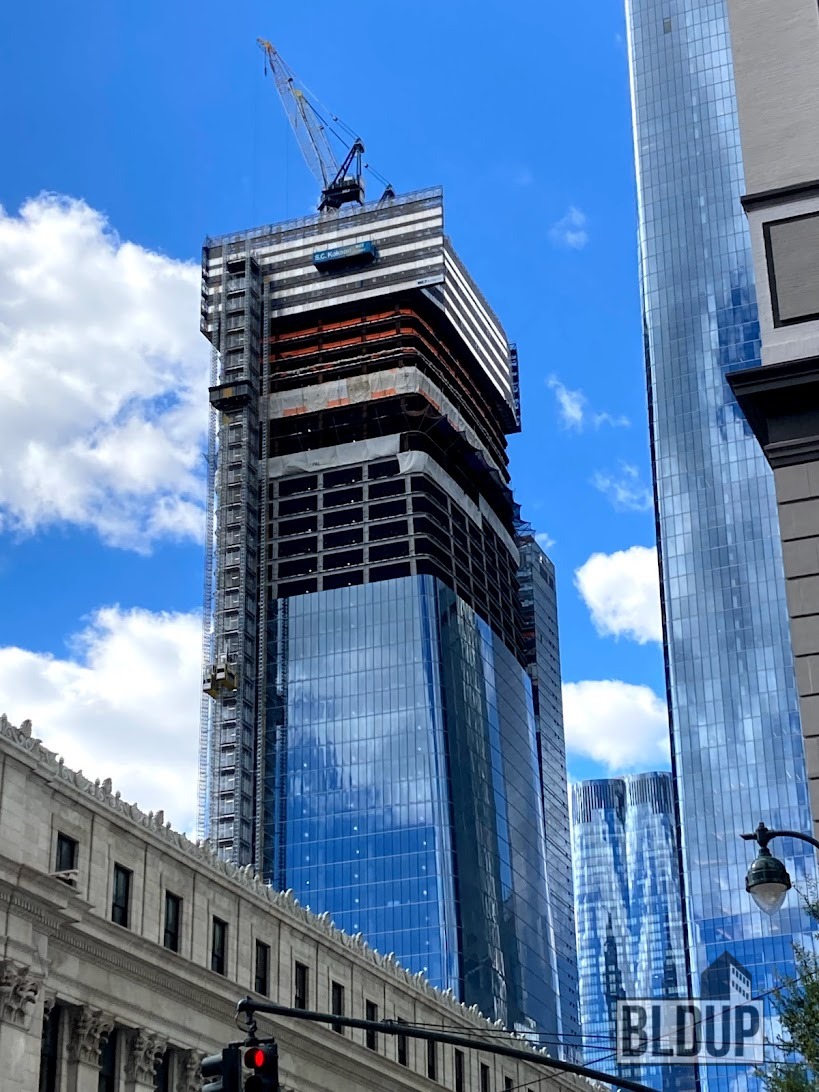 As we covered in our last update, the tower's base still maintains an unfinished appearance but is much further along than meets the eye. The ground floor lobby will have a glass facade, extending multiple stories high, and thus filling in the tall, core exposing gap at the base of the building.

With its rapid increase in height, facade work is progressing along swiftly as well. At this point, Two Manhattan West is beginning to closely resemble its larger twin to the north. 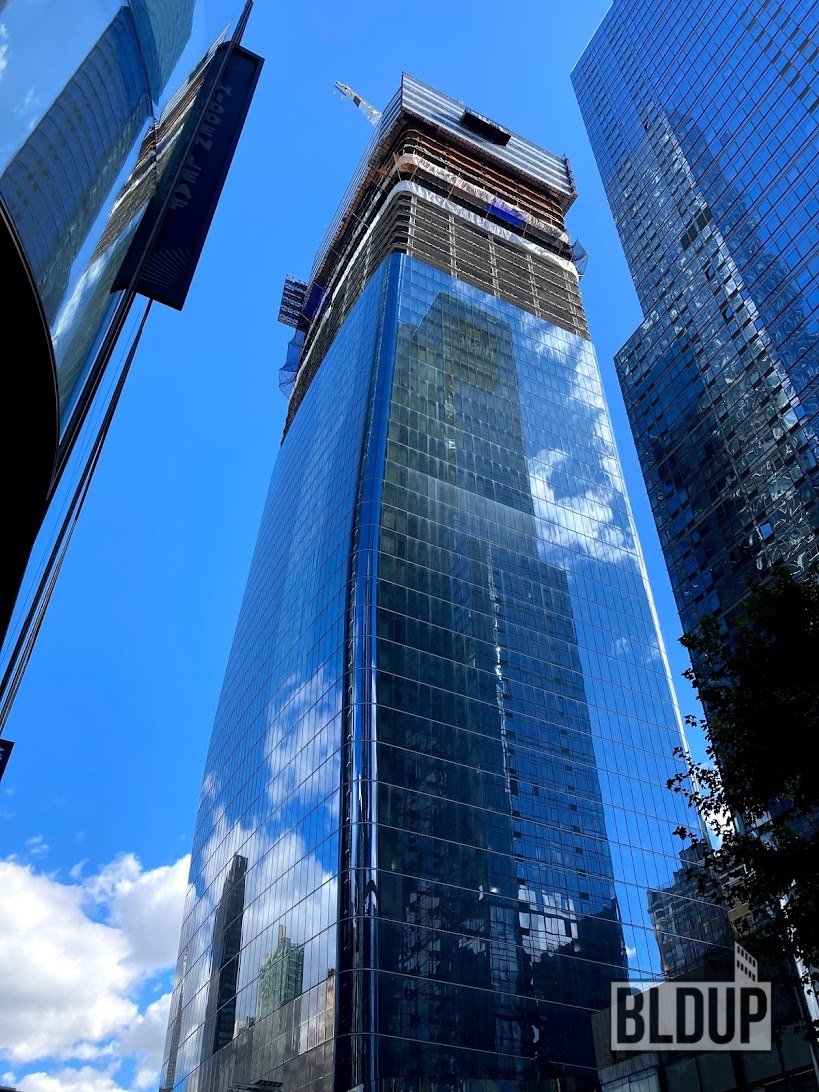 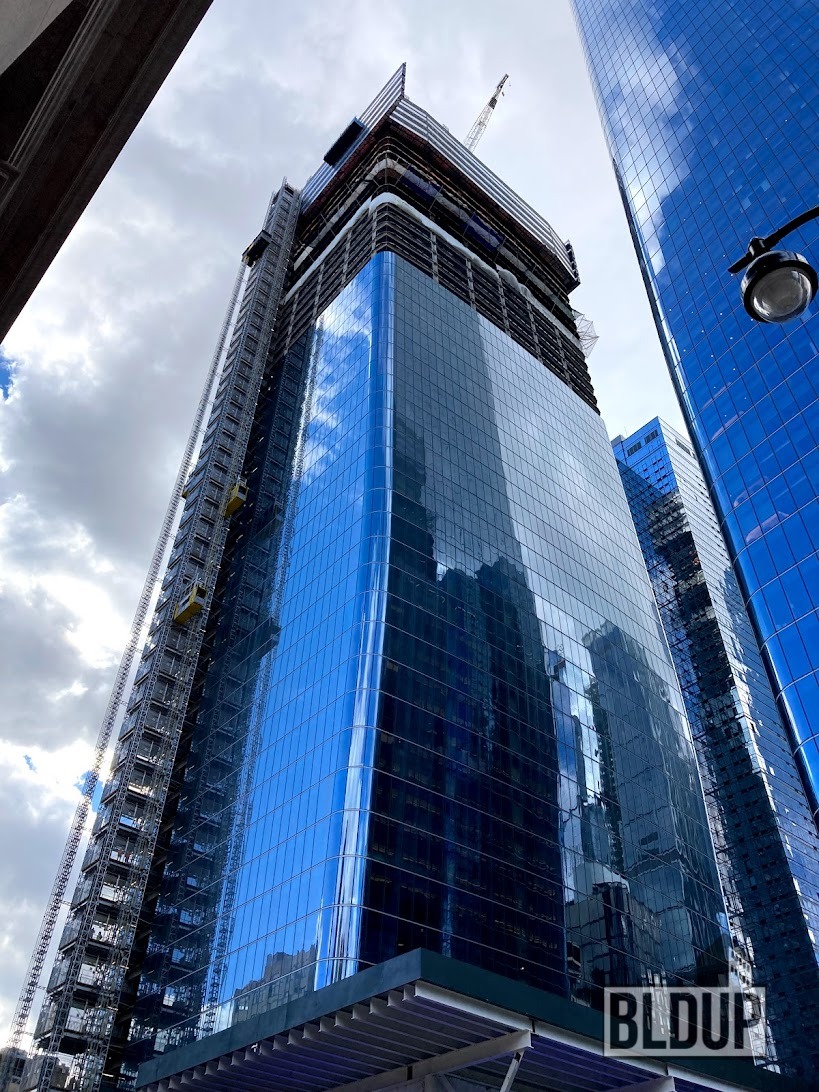 To the general public, construction sites are usually viewed as noisy, and unsightly places to be near and pass by. But because One Manhattan West is finished and open to tenants, the courtyard passing between the towers has already been made accessible to the public. A citrus-themed art installation was installed, and the temporary protective debris shelter has been lit up to create a fun public space. 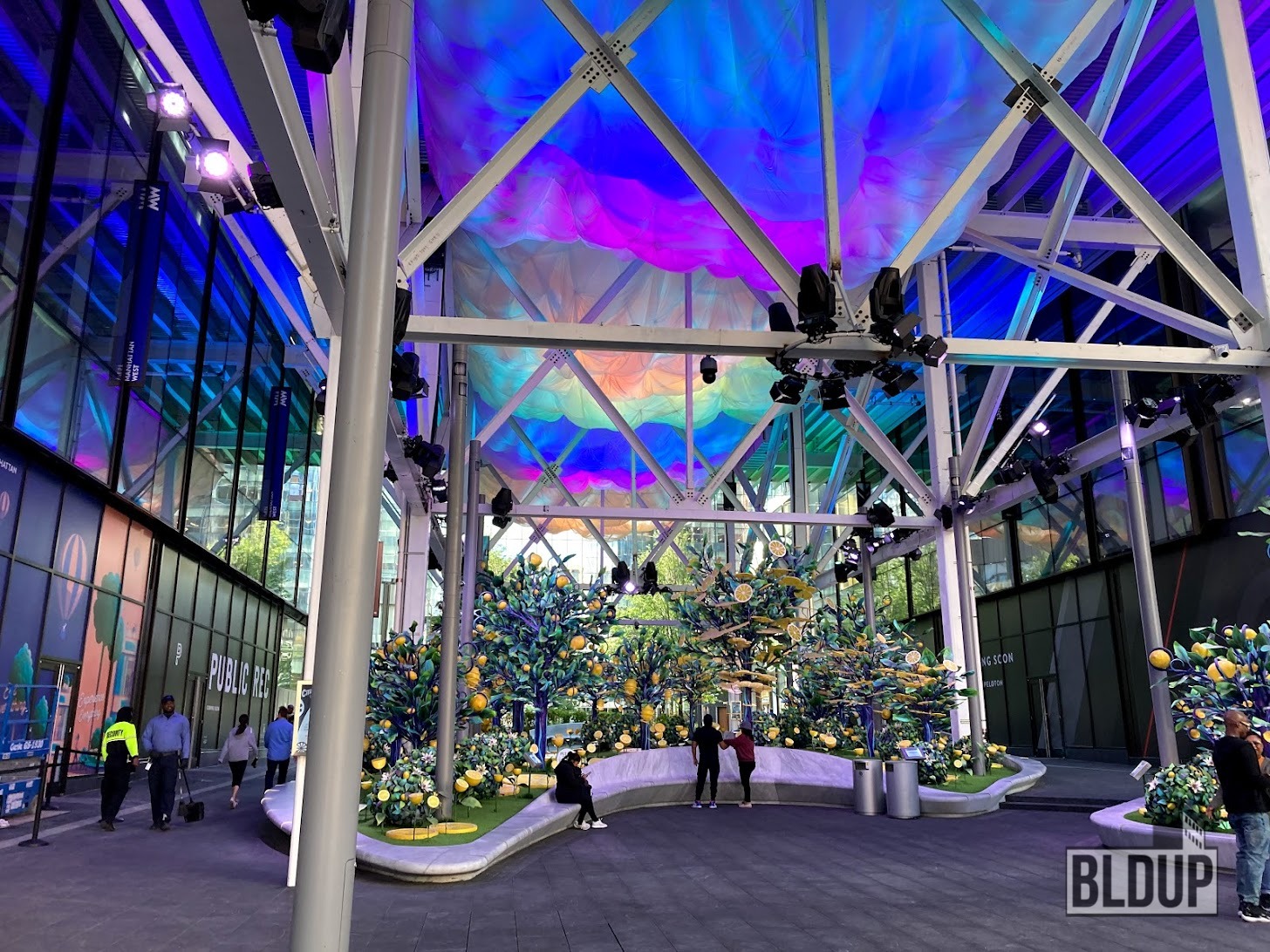 In fact, when you take a walk around the project site to view it in its current state, it's fascinating to see the stark contrast between the north and the south sides of the unfinished building. Quite literally, at least for now, the grass is always greener on the other side... 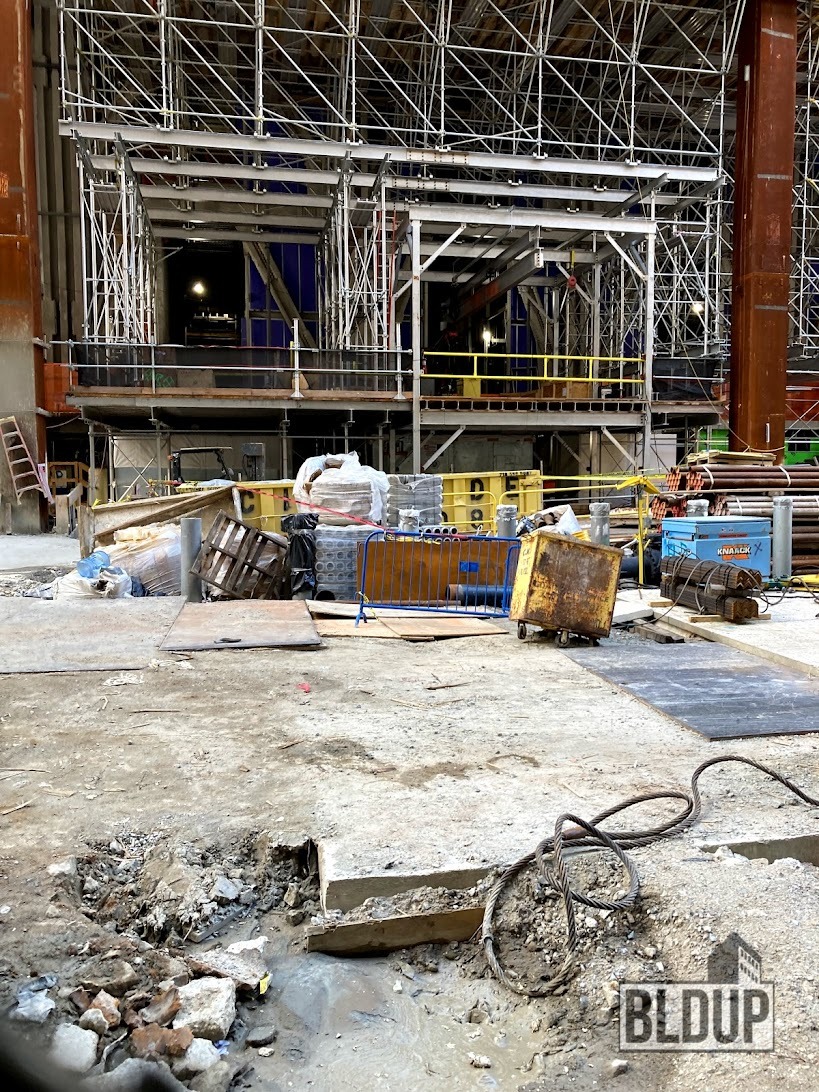 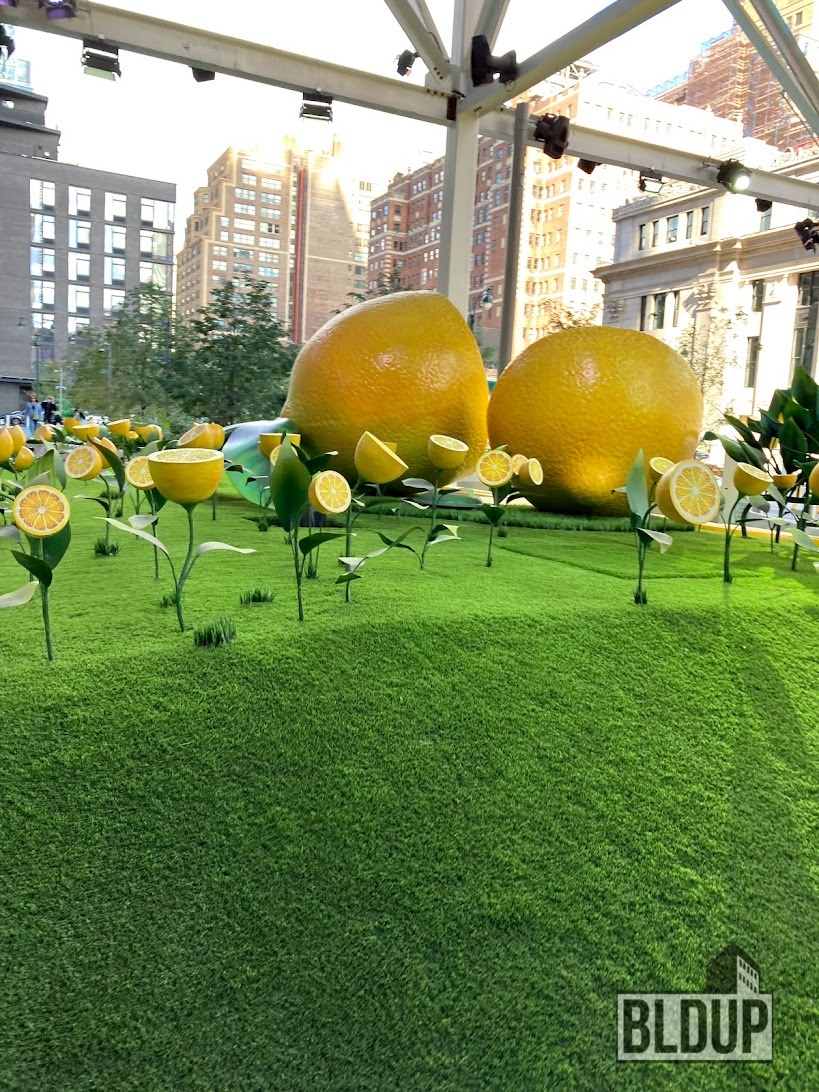 Two Manhattan West still has quite a ways to go before it completes in 2023, but for a skyscraper of this size, that's a pretty impressive time frame. The tower will likely top out sometime between the end of the year and the second quarter of 2022. We'll be keeping an eye on this mammoth project until the very end, and we're excited to see how things have progressed when we pop back over again in a month or two. 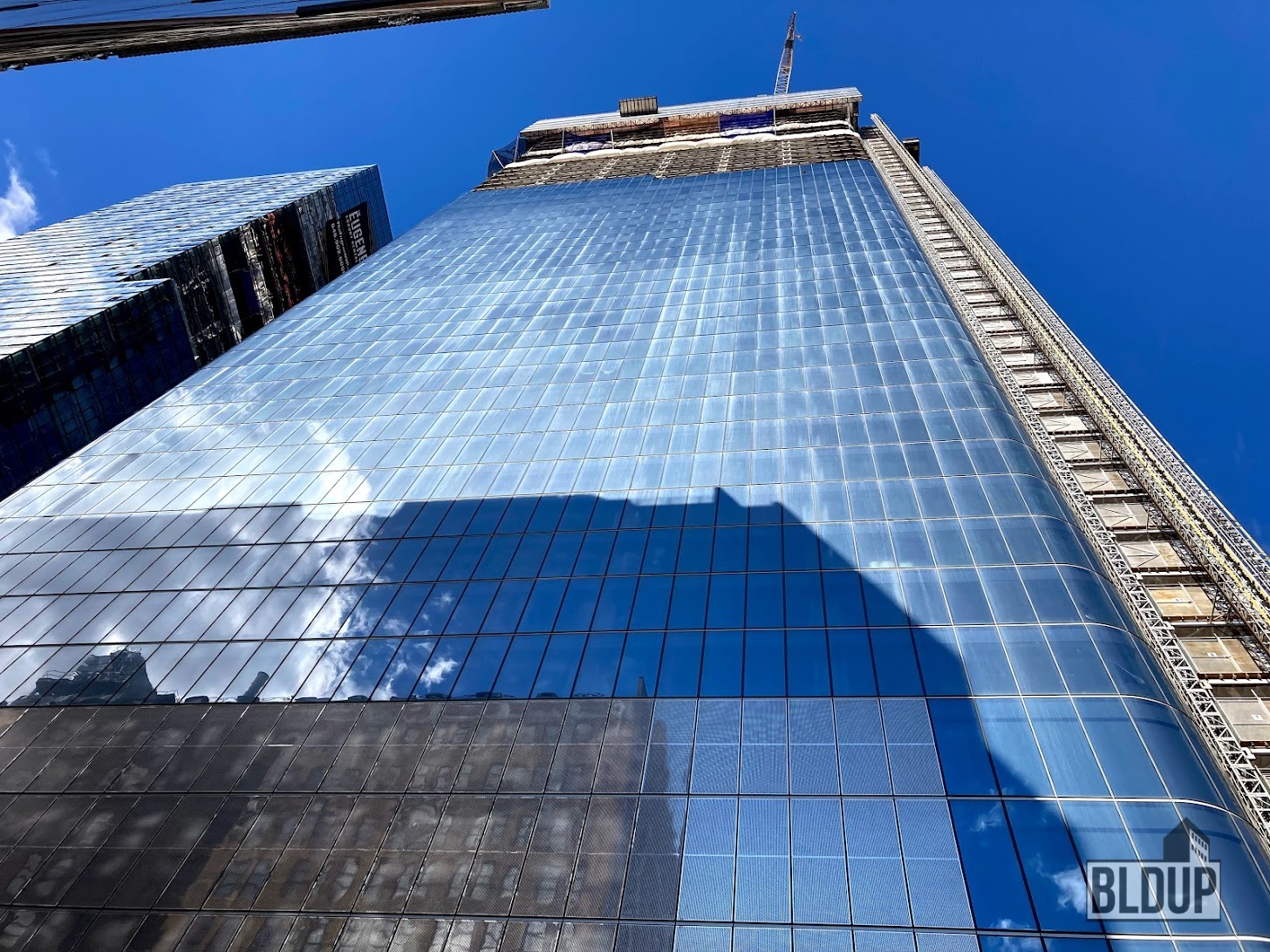