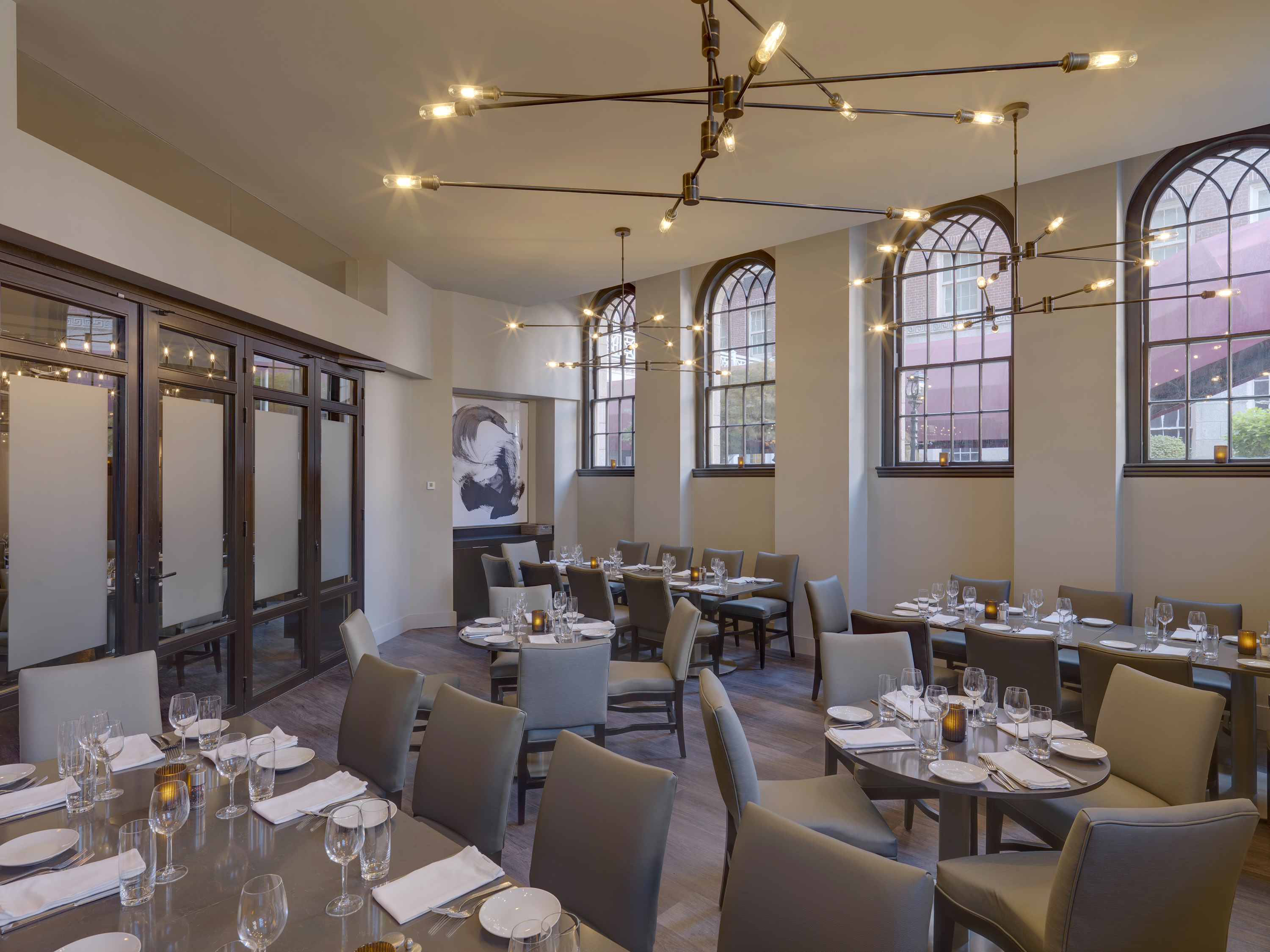 Nauset Construction has completed renovations to Nubar, the restaurant and lounge set in the iconic Sheraton Commander Hotel in the heart of Harvard Square. This popular neighborhood gathering space was redesigned to expand its private dining capabilities and modernize its look while retaining its revolutionary-era ambience. The renovation was completed in six weeks, all while crews worked in an occupied and operational hotel environment in a highly trafficked urban location in order to successfully achieve the accelerated project schedule. 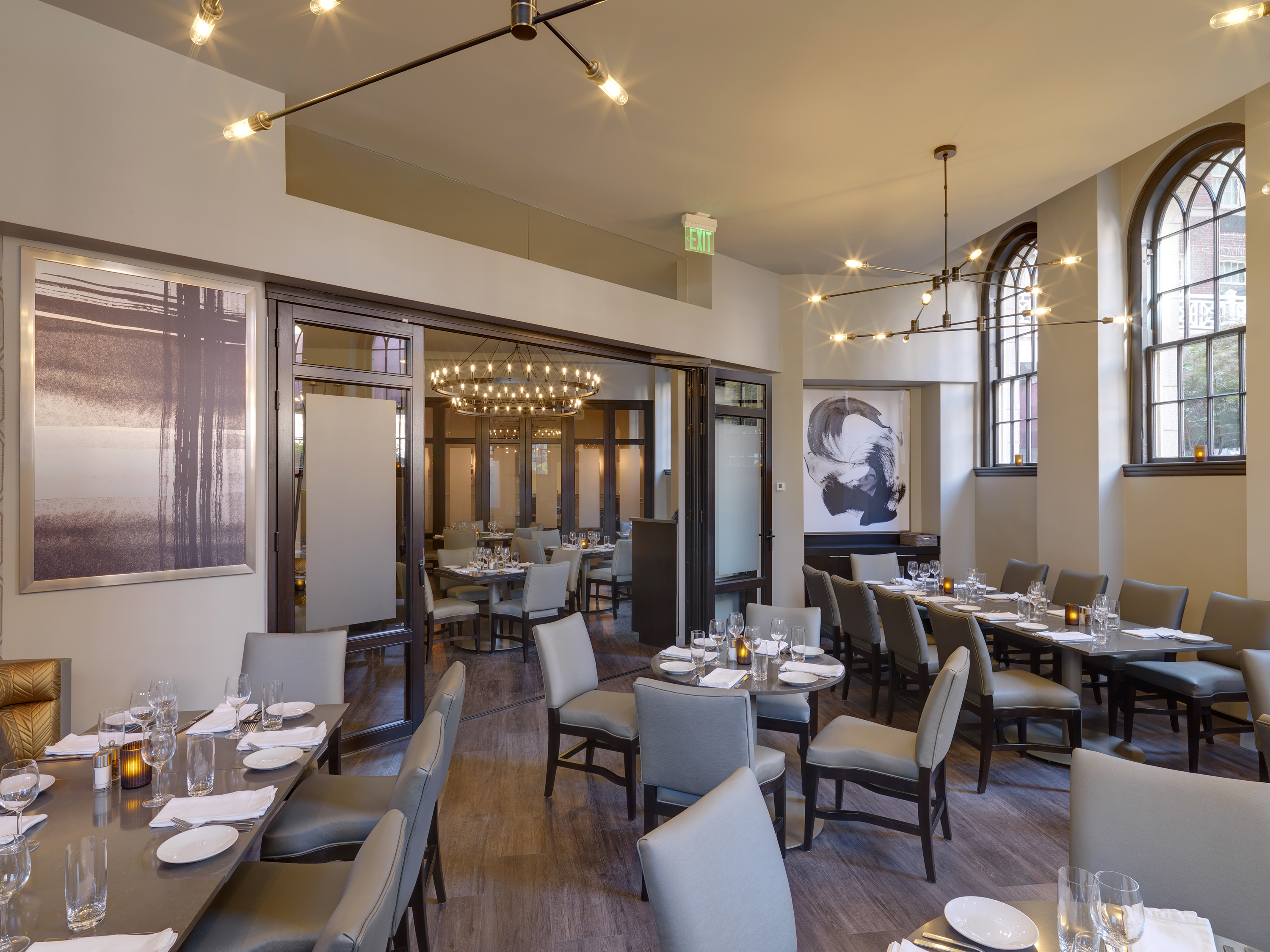 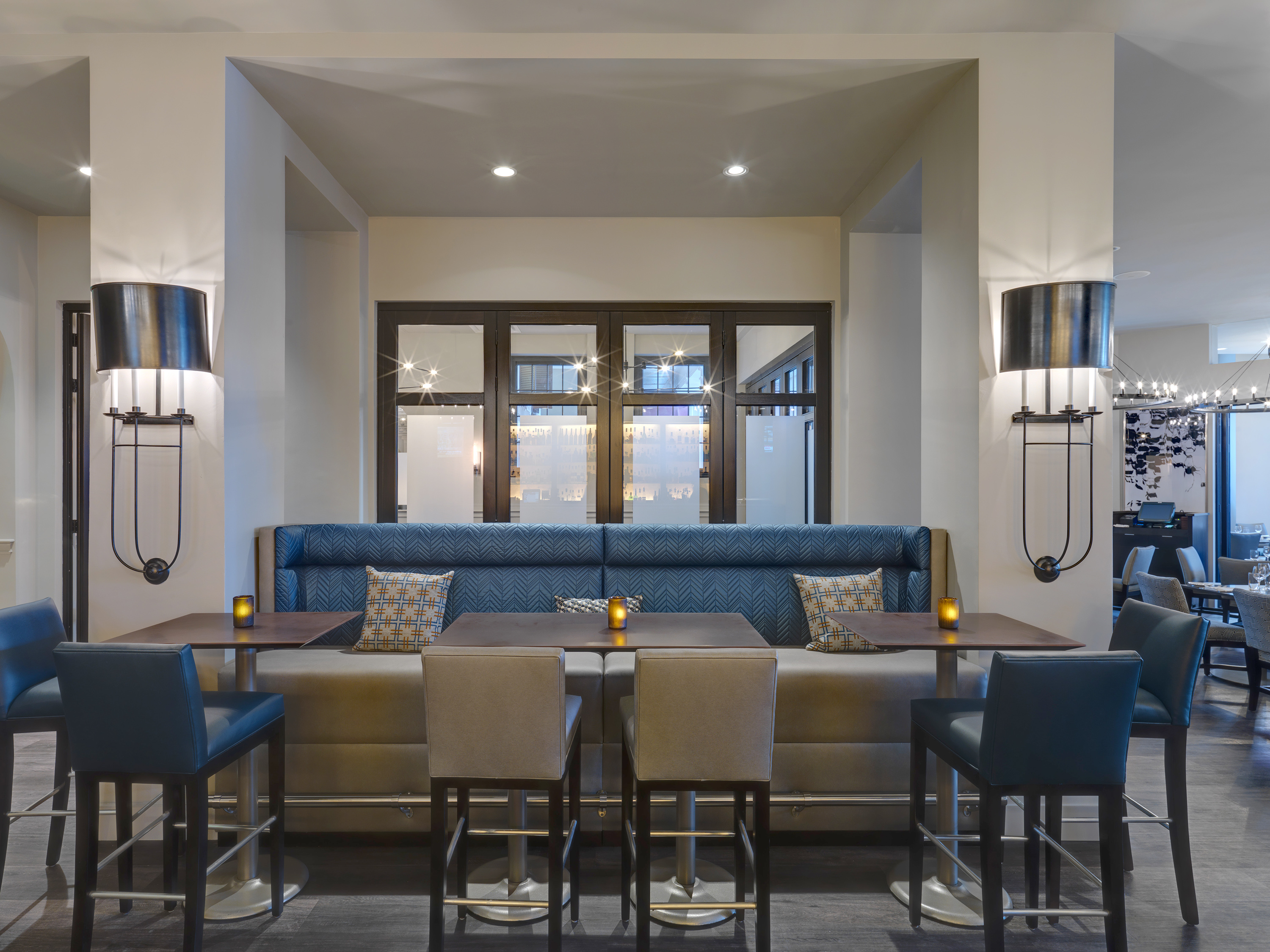 The project work consisted of the selective demolition of the existing space, new floor underlayment, and modifications to the MEP systems. Two semi-private dining rooms were re-purposed through the addition of wood-framed glass sliding/folding NanaWalls allowing the rooms to be easily converted into private dining spaces, and the former Internet lounge LINK was transformed into a 20-seat private dining area. The bar area, with its one-of-a-kind, the honey onyx stone under-lit bar is now complimented by a canopy of twinkling Edison bulb light chandeliers, new wall sconces, and a mosaic porcelain tile fireplace surround. Muntins were added to the large arched windows overlooking Garden Street and the courtyard dining area to emulate the historic feel of the hotel, while the top of the line finishes and trim were installed to complete the transformation.

The historic Sheraton Commander Hotel was originally constructed in 1927, and Nubar was last renovated in 2011. Nauset collaborated with Hardaway | Sziabowski Architects on the project, and Maddie Gregory of CDI Design was responsible for the interior design work, which included all new artwork and furniture. The work was completed on time, despite a schedule that limited working hours to minimize disruptions to hotel guests.

Back to Sheraton Commander Hotel >>