The Century Center office complex is undergoing major renovations. The developer announced their plans a little over a year ago and has since started demolition. Now, new renderings for the project have been revealed. 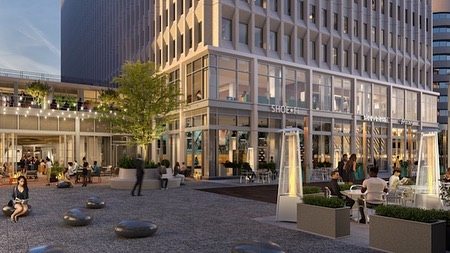 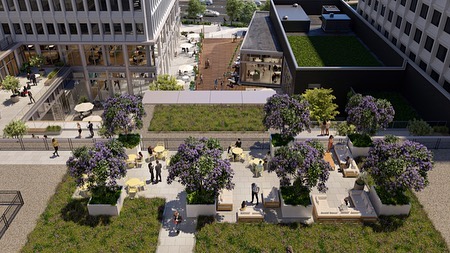 The units would range from 402 to 1,314 square feet in size. Amenities would include a pet spa, a gym, a clubroom, a rooftop pool deck, and a co-working lounge. SK+I Architecture is the architect. 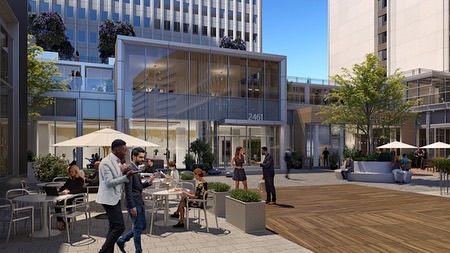 A spokesman for MRP Realty said in a statement: 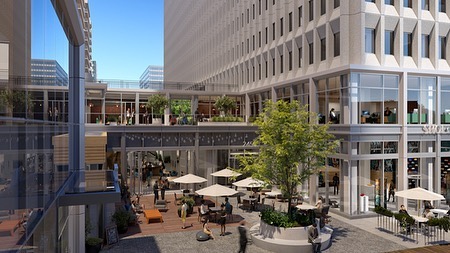 Visitors and shoppers can expect an impressive new plaza with outdoor seating areas, street-level retail, dining, and lifestyle services, and a fresh biophilic design that brings the outdoor elements in. 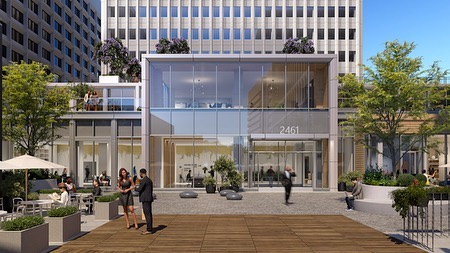 Office tenants will also find new club-quality fitness plus expansive bicycle storage, an expansive and impressive lobby, renovated meeting rooms, and a conference center with room for over 200 people.' 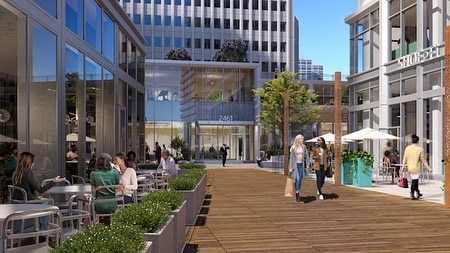 A rebranding of the complex will be announced next month, along with new retail tenants.

Coda on Half in Washington DC

The 9th + W in Washington DC