King Street Properties along with Mugar Enterprises and The DiStefano family have released plans for Nexus at the Allston Innovation Corridor.  The three-building project would include over 607K of lab, office, retail, and residential space along Western Avenue in Allston.  The plans also call for 5,000sf public park and Artist's Way a public space for art installations. 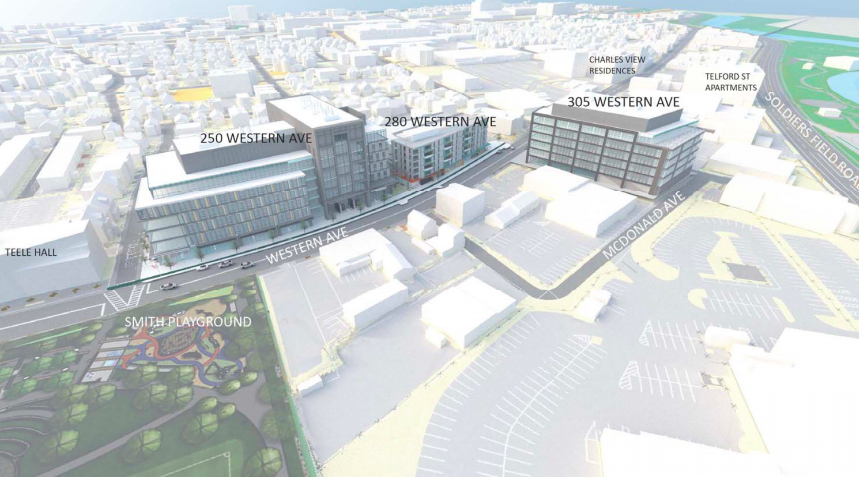 View of the three proposed new buildings in Nexus

The project is now under review with construction expected to be completed in phases. 250 and 280 Western Avenue would begin first with 305 Western Avenue thereafter. Once permitted the development team would expect construction on the first phase to take 2 years. 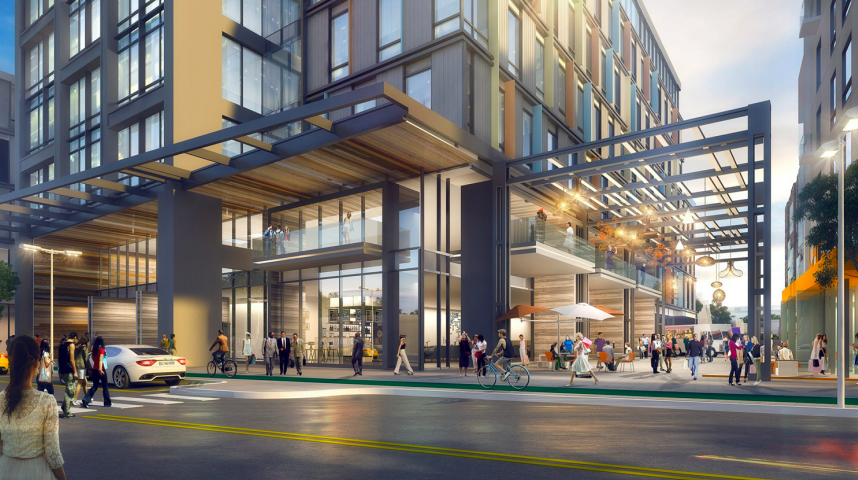 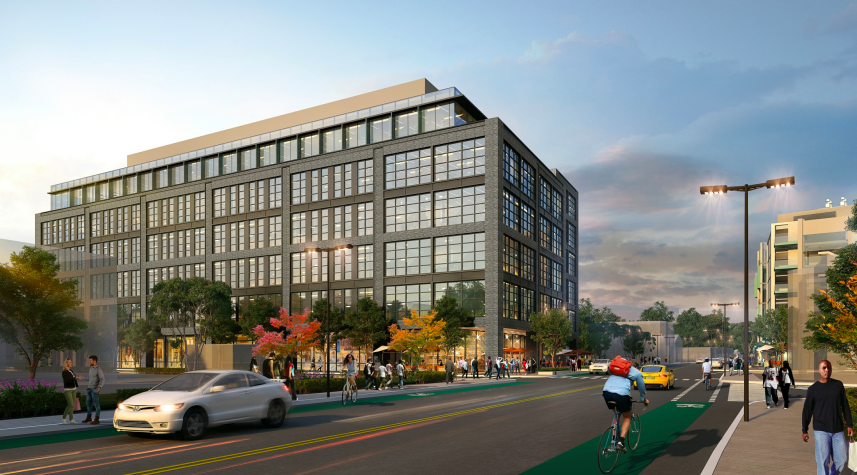