Joint developers, Related Companies, and The Hudson Companies have just obtained $185 million in construction financing for a 28-story residential tower, set to rise at 430 Main Street on Manhattan's Roosevelt Island. Approximately $111 million of this sum was issued by Wells Fargo and will be used to fund all construction costs from the ground up. 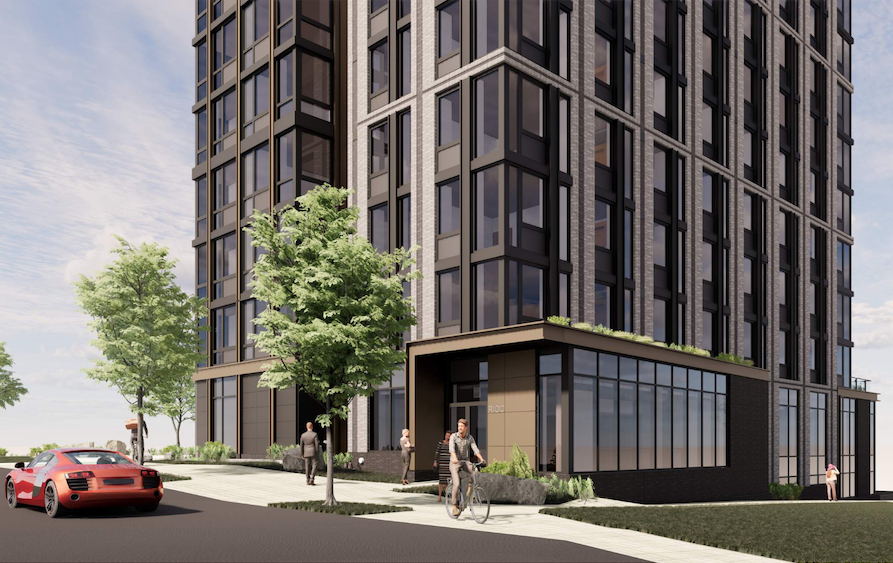 Known as "Riverwalk 9", this building will be the 9th and final structure built as part of the Riverwalk mega-development plan; a major endeavor that began in 1997 and has resulted in the creation of roughly 2,000 housing units. 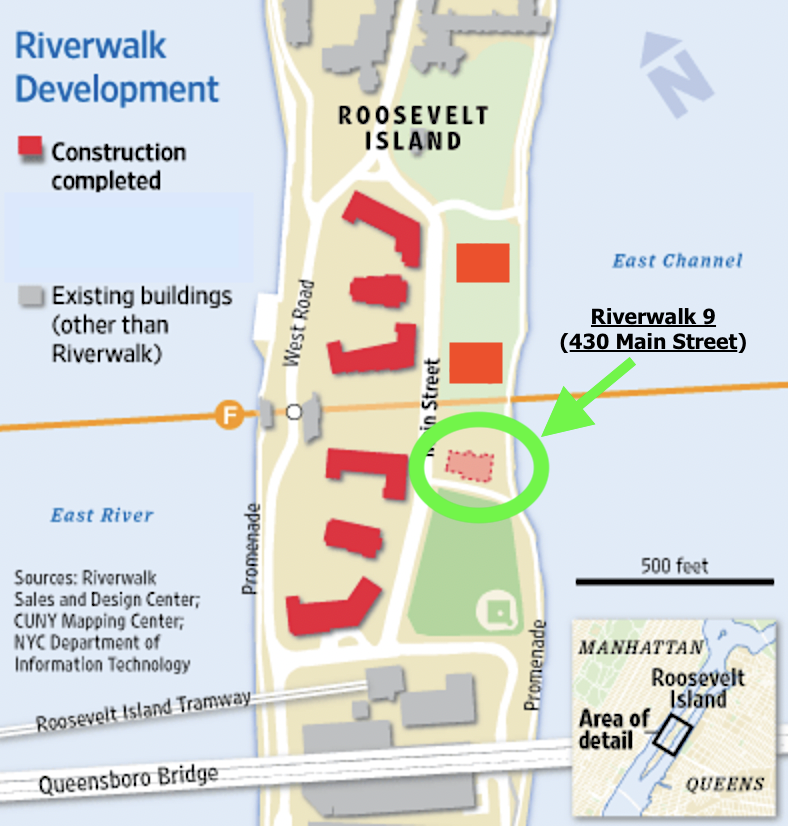 Designed by Handel Architects, Riverwalk 9 will contain 253 rental apartments to be sold at market rate and 104 housing units for employees of the Memorial Sloan Kettering Cancer Center. Units will be available in sizes ranging from studios to 3-bedroom setups. 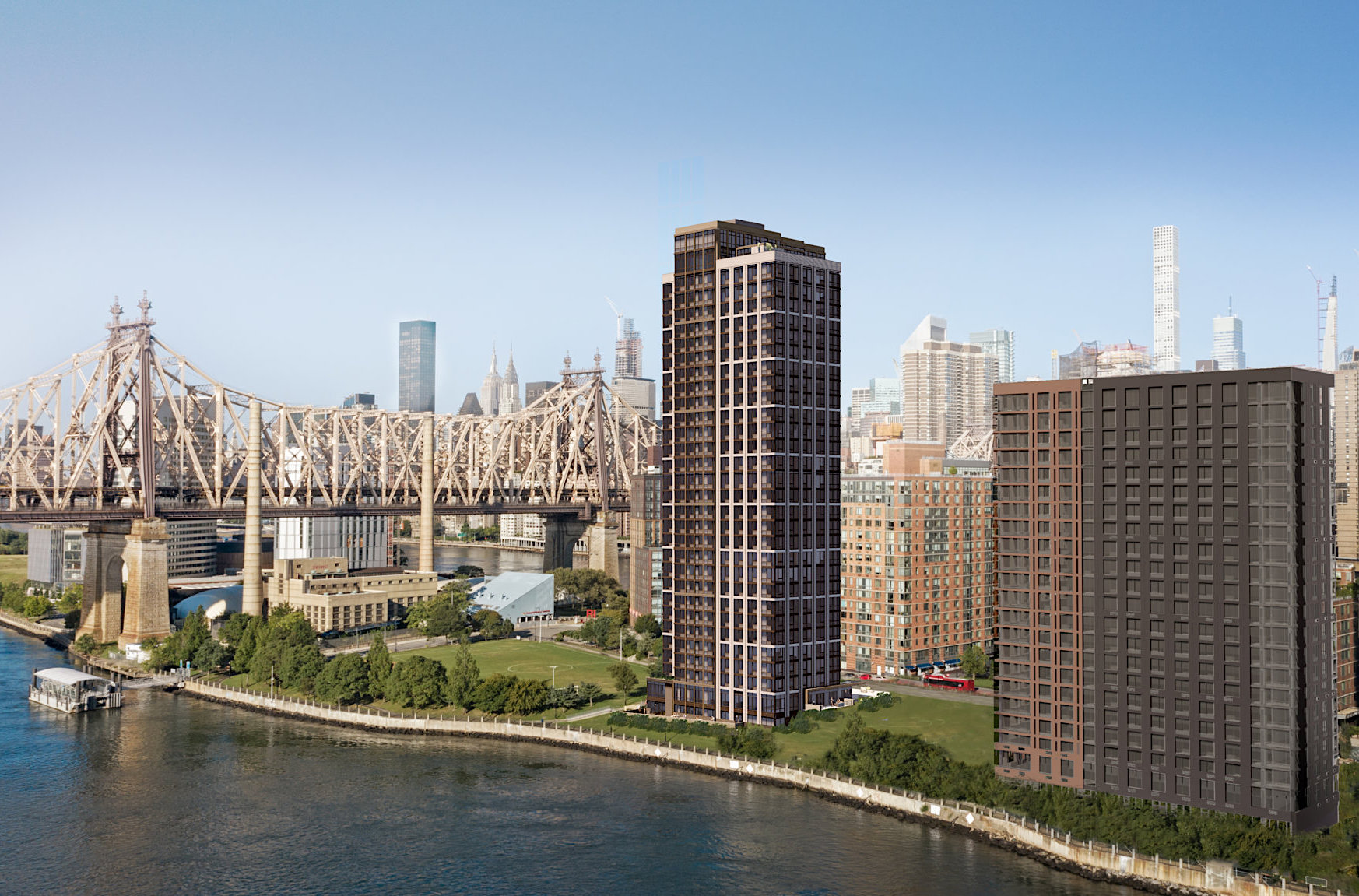 Tenant amenities are to include a fitness center, a basketball court, a game room, and a flexible event space, as well as a public, landscaped outdoor space, featuring BBQ grilling stations, a dog run, and open green areas. 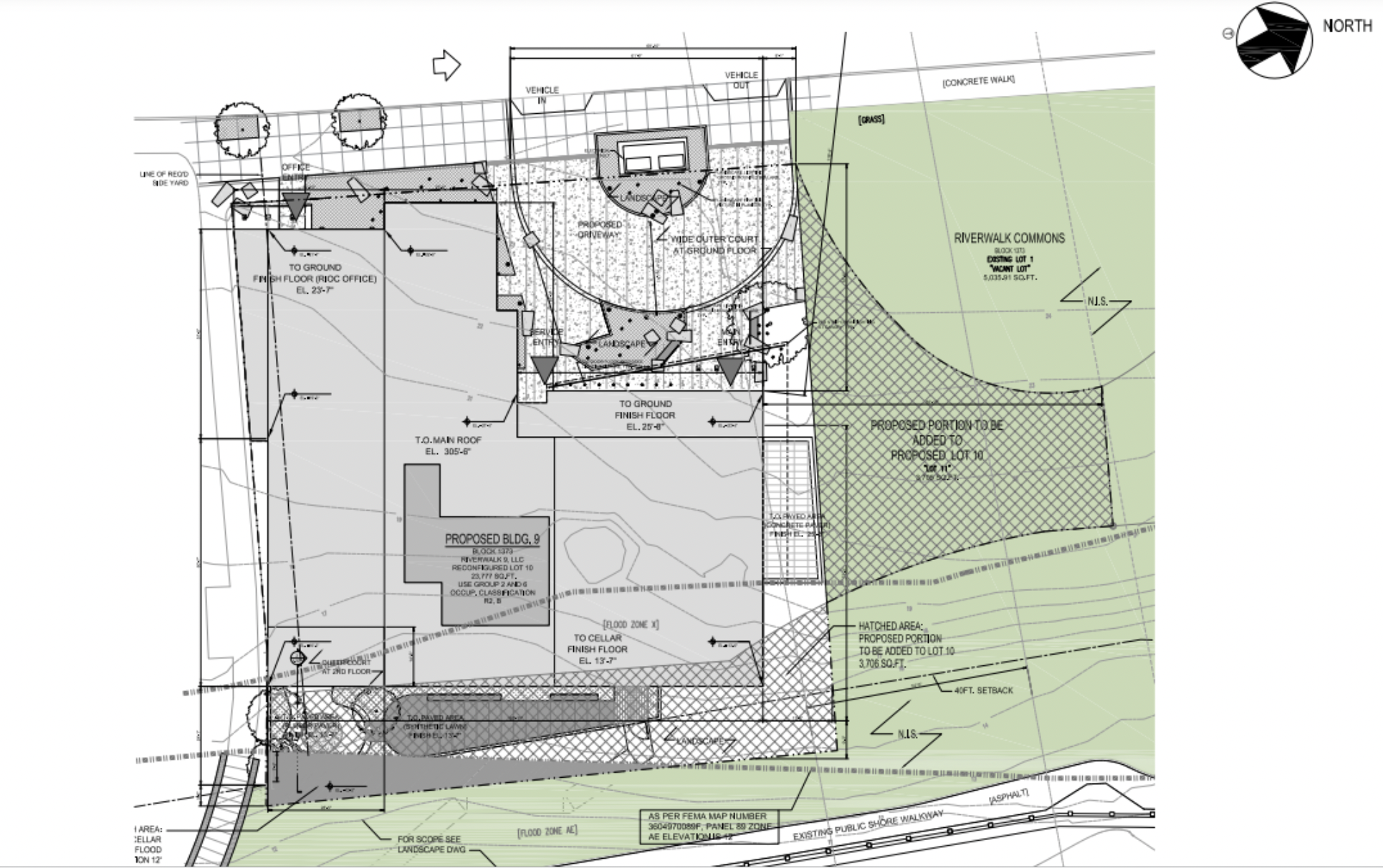 The ground floor of the tower will also feature 3,700 square feet of office space for the Roosevelt Island Operating Corporation; a company that operates bus and aerial tramway services to and around the island. Altogether, Riverwalk 9 will stand 305 feet tall and total 292,865 square feet. 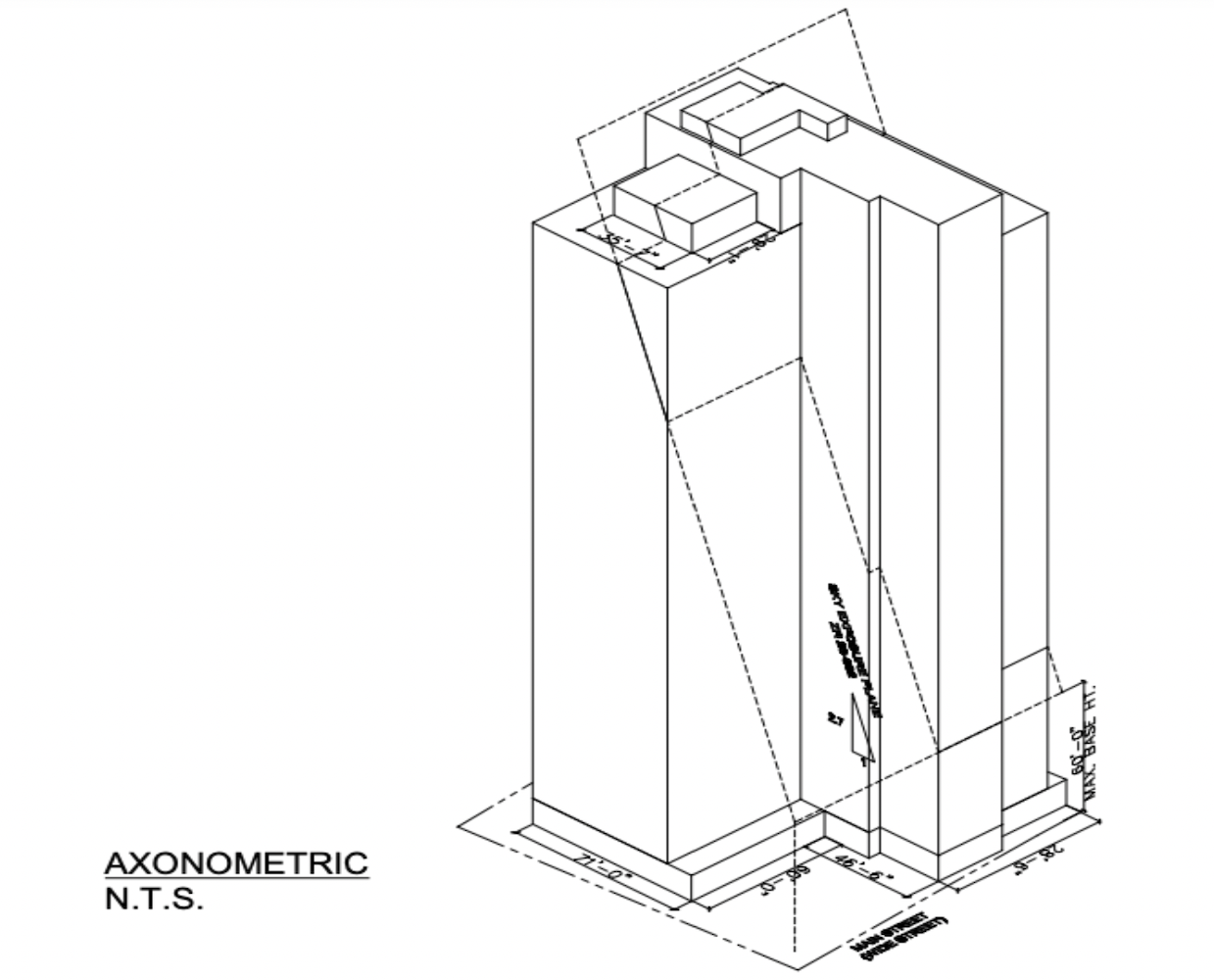 Construction will be spearheaded by general contractor, Monadnock Construction, with concrete superstructure forming carried out by RNC Industries. Work is estimated to finish sometime in mid-2025. 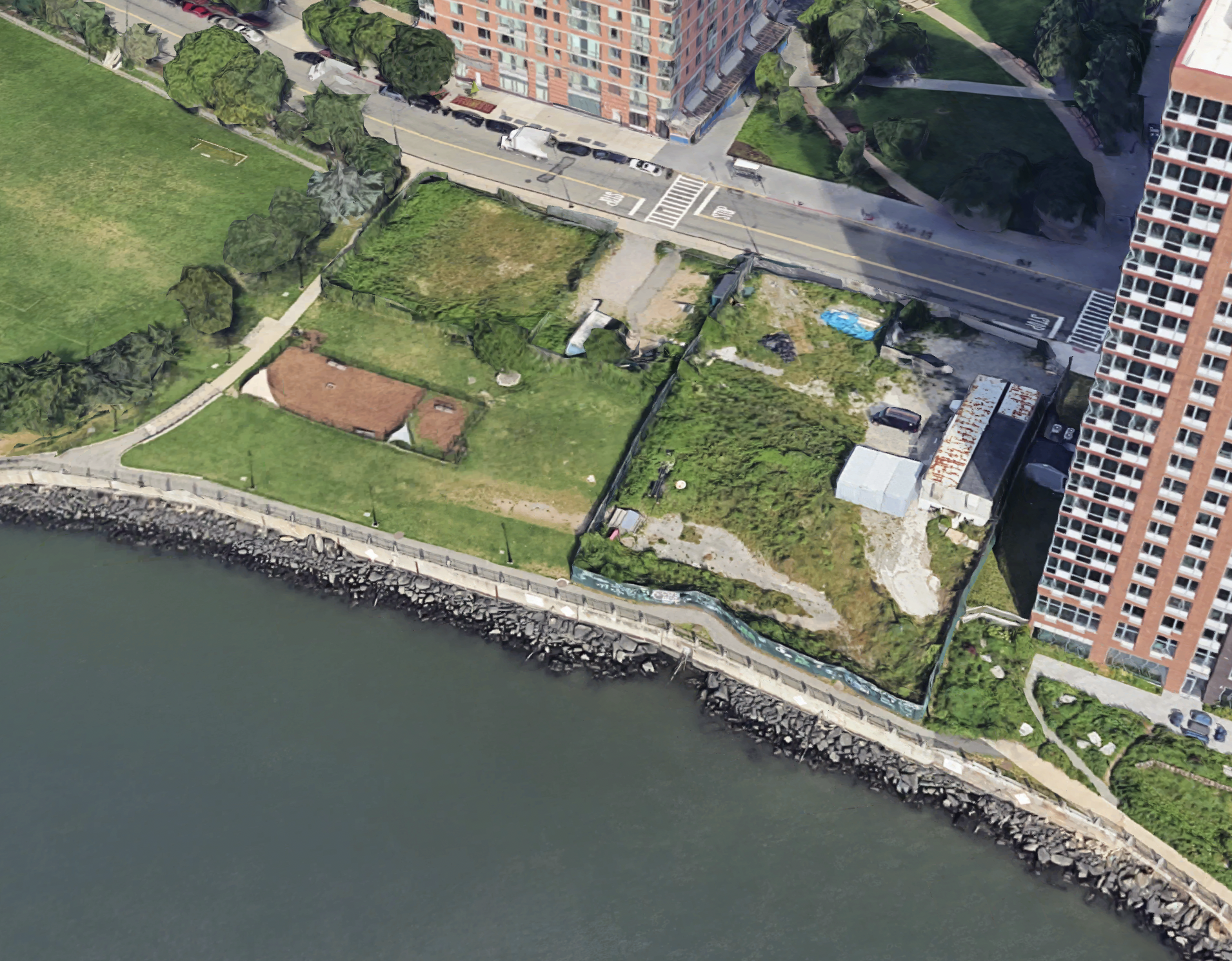 One Flagler in West Palm Beach