At a special BPDA meeting held on Thursday evening, Suffolk Downs, the 10.52M square foot megaproject, the largest in Boston's history, won approval. HYM purchased the site in May 2017 and submitted first plans the following November. Along with the over 10.5 million square feet of development in Boston, the project also includes 5.68 million square feet in Revere, with construction already underway on infrastructure on that portion of the site. 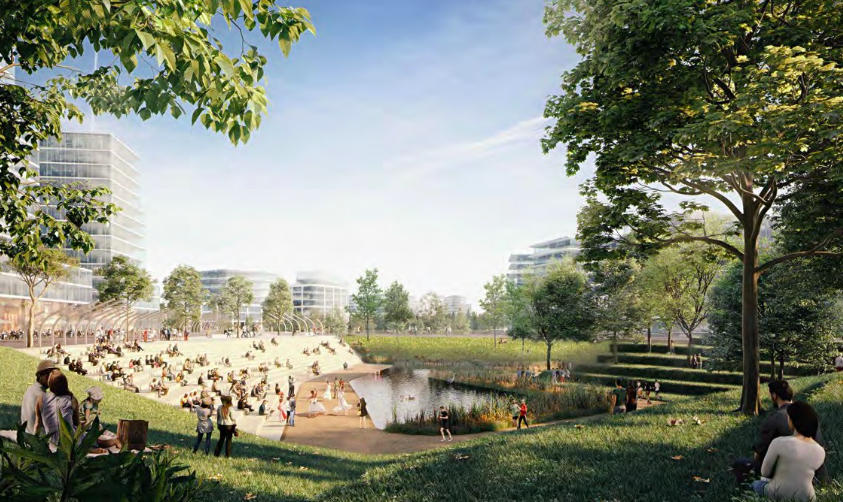 The 10,000 units of housing planned within Suffolk Downs will surpass the approximately 9,600 residential units currently under construction across the entire city of Boston. This figure also more than doubles the approved pipeline, as there are another approximately 8,750 housing units approved within the city. The first phase on the Boston side of the project is expected to consist of nine 9 buildings plus 7 townhome-style buildings totaling around 1.338M square feet of construction.

Suffolk Downs by the Numbers

Space will include a large central common, various sports fields/courts, and an outdoor theater

Retail: 500,000+ SF: Diverse street-front retail with a commitment to at least 10% of each phase’s retail square footage being leased to local business owners

25,000 new permanent jobs are expected to be created as a result of the development.