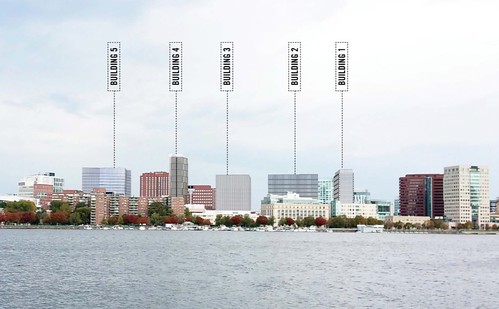 View of the development along the Cambridge skyline 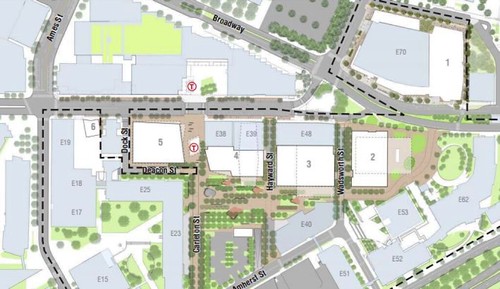 A map showing the Kendall Square Initiative buildings within the neighborhood

Updated plans for the NoMa phase were recently revealed. NoMa will construct Building One, a 290 to 300-unit apartment building, as well as 33,915 square feet of new retail and 15,995 square feet of new office space strategically positioned along Broadway and Broad Canal Way. As part of NoMa, the existing One Broadway office building will be improved with additional office and retail space as well as facade renovations and a new office tenant outdoor terrace. Building One will be located adjacent to the existing One Broadway building, replacing an existing surface parking lot, and will provide additional retail frontage along both streets. Building One will be 24 stories tall and will contain approximately 384,050 square feet. At least 53 apartments at Building One will be affordable under Cambridge’s inclusionary zoning ordinance. 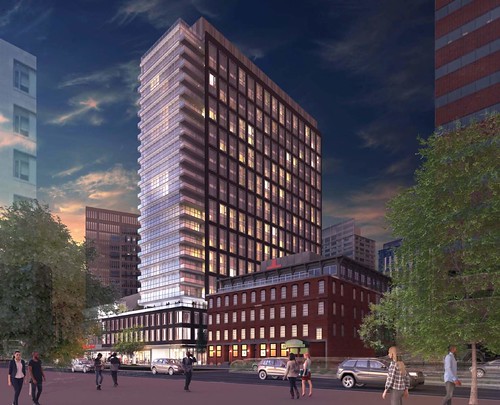 Building One will replace the existing 144-space surface parking lot with 150 garage parking spaces and over 350 bicycle storage spaces. The development team hopes to activate the Broadway frontage with a grocery store; the new retail along Broad Canal Way will complement the existing ground-floor retail along that street located in the Watermark Kendall development. 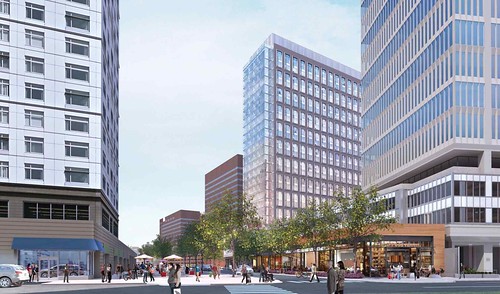 A view of Broad Canal Way activated through ground floor retail on both sides, with NoMa at right and Watermark Kendall at left 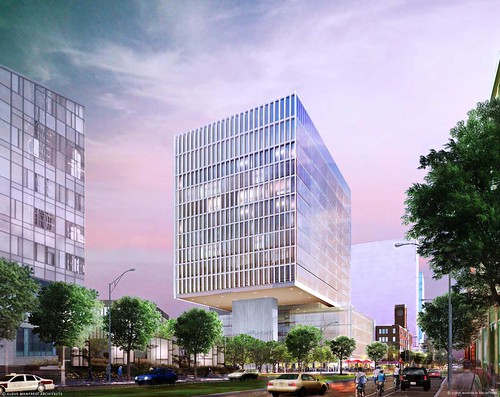 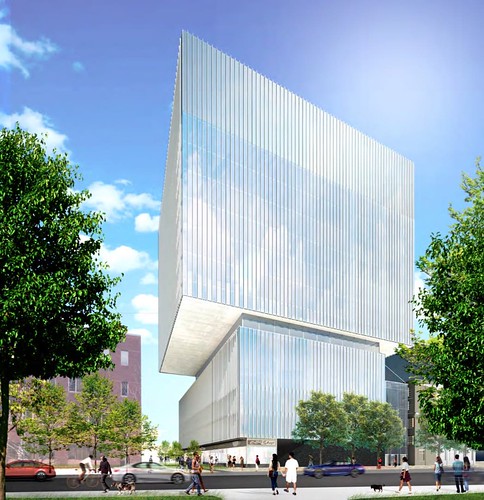 Building Four will feature academic housing, with as many as 450 units for graduate students, as well as a 9,000 square foot childcare center and 28,000 square feet of retail. 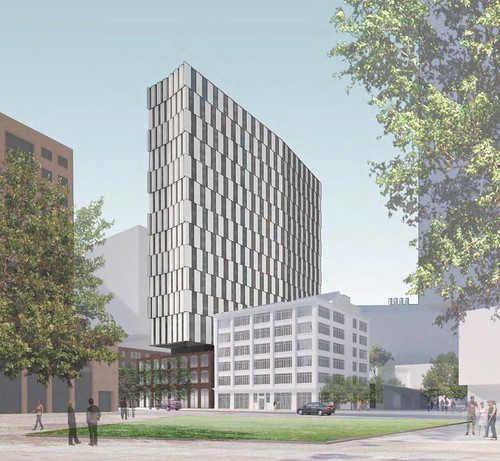 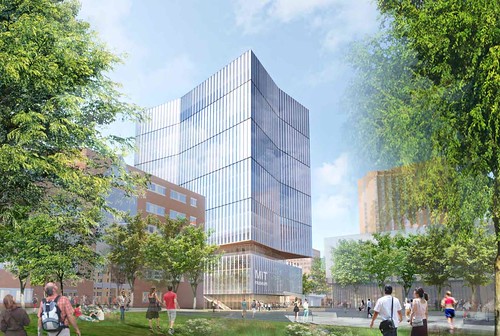 View of Building Five from Courtyard

About 1,400 parking spaces will be built as part of SoMa, and two new Hubway stations are planned for the full development. A new head house for the Kendall Square MBTA Red Line station may be built. Other pedestrian-oriented improvements are in the works, such as raised crosswalks on Wadsworth Street, multiple new green spaces and the closure of Hayward Street to through traffic, creating a new retail and public space-lined pedestrian mall. The development of retail along the south side of Main Street and side streets will contribute to pedestrian use and make the MIT campus more connected to Kendall Square’s multiple public transit options. 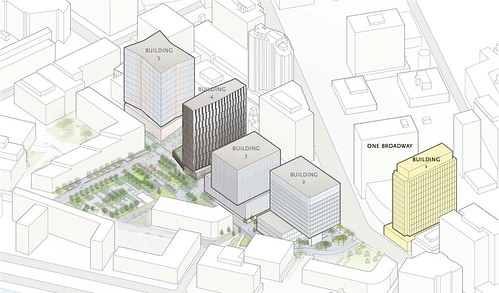