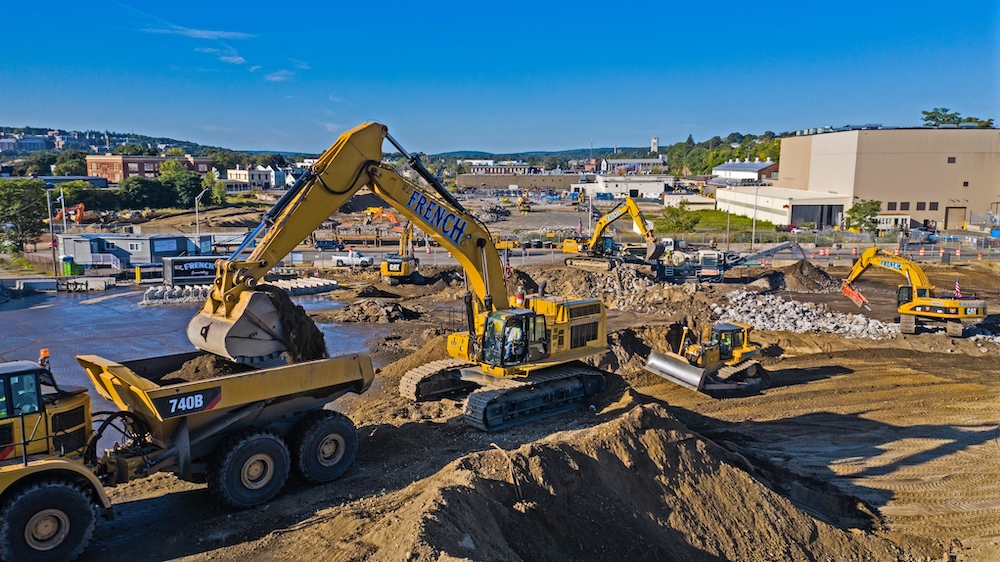 W. L. French Excavating Corporation has been awarded a major contract at the site of the future home of the Worcester Red Sox by construction project manager Gilbane-AECOM Hunt, a Joint Venture.  Located in Worcester’s Canal District, Polar Park will be home to the Worcester Red Sox starting in the 2021 season. The Triple-A ballpark will seat 10,000 fans and is viewed by city leaders as the centerpiece of a major redevelopment project.

Established in 1972 and headquartered in North Billerica, W. L. French is one of Greater Boston’s leading site excavation, environmental remediation and soil management firms, having worked on some of the region’s most complex and high-profile projects.

For Polar Park, W. L. French will be performing site demolition of the 22-acre site, mass excavating over 150,000 cubic yards of soil and disposing of nearly 118,000 tons of excess soil.

W. L. French will also provide installation of temporary shoring to support the existing CSX railroad as well as other existing site features needed to advance the ballpark and new building foundations. Approximately 95,000 cubic yards of the soil excavated from the site will be used as part of a concurrent project being developed by Madison Properties called South of Madison (SOMA). To meet the critical project milestones, W. L. French will be removing upwards of 5,000 cubic yards from the ballpark site per day.

“W. L. French is proud and honored to be working with this exceptional team and city in the development of the Polar Park Stadium,” said President and CEO of W. L. French, Bill French Jr., “This park is going to be an integral part of the revitalization of Downtown Worcester and will be enjoyed by families, including our own, for decades to come.”

One Boynton in Somerville