The first phase of the development will be made of five buildings making up 1.2 million square feet of space on the 10 acre parcel on Leesburg Pike. 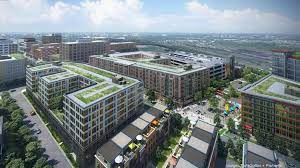 Lessee FCGP Development LLC, a Hoffman affiliate, plans to build a 400-unit apartment building, a 126-unit condo building and a 146-room hotel. All will feature ground-floor retail. There are also plans to build an 18,000-square-foot park dubbed The Commons and a 964-space parking garage. 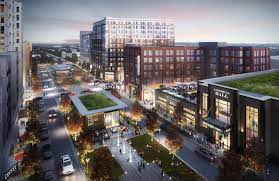 Trammell Crow Co. will build and own a 225-unit senior housing building and a 126,000-square-foot medical office building. 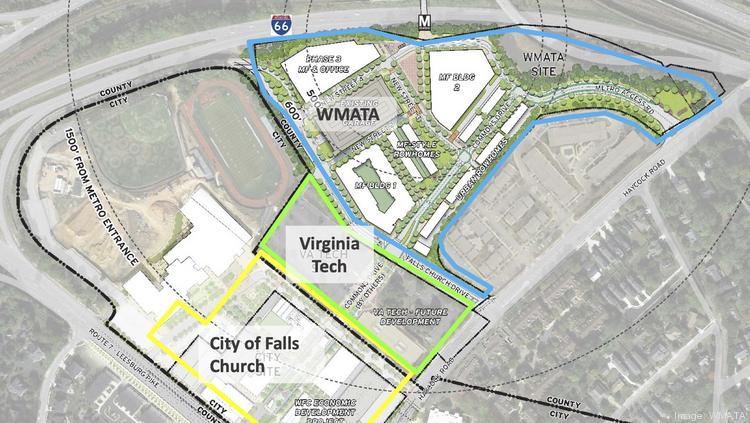 Plans indicate a second phase of construction at West Falls would add another residential building and another office. Total buildout for that 10-acre site would be roughly 1.4 million square feet. 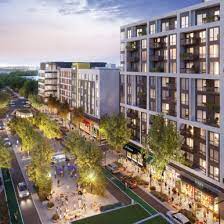 The ceremony was held less than a week after the development team closed on $391 million of financing on May 13th. 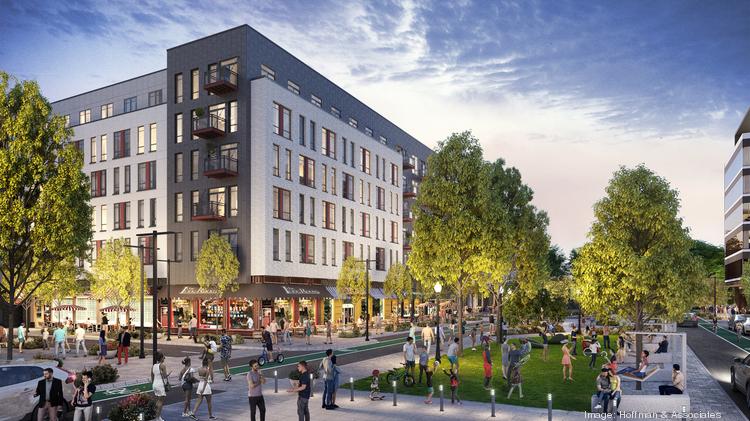 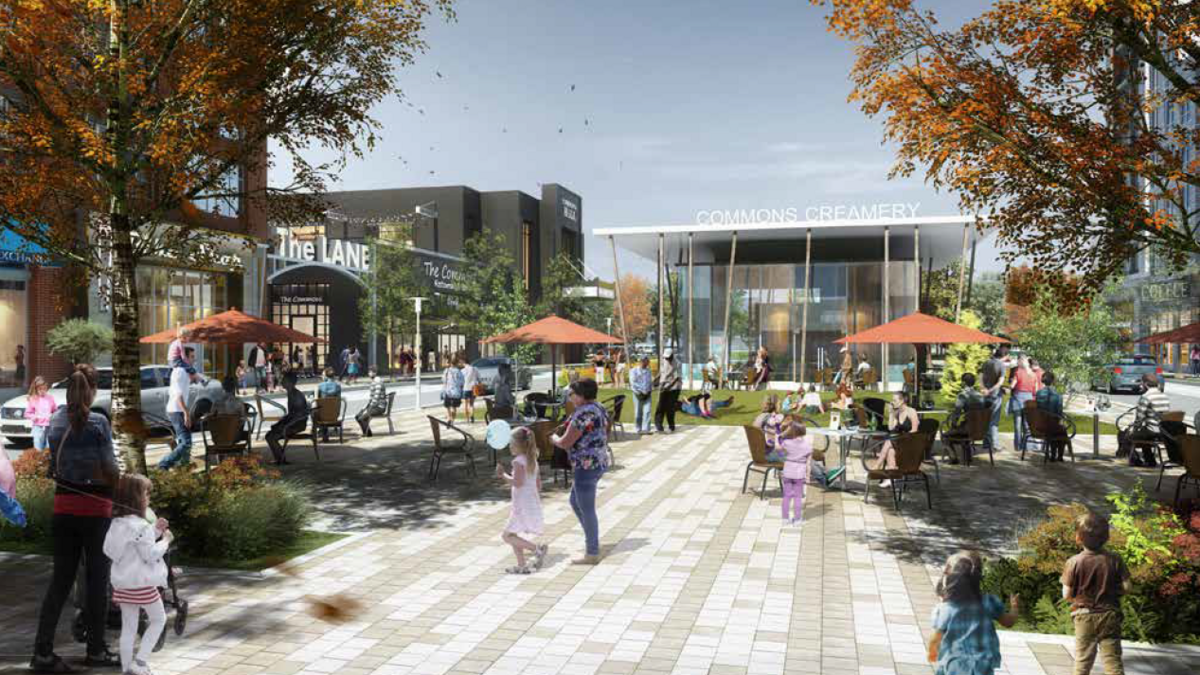 Plans for West Falls plan to eventually stitch together with other mixed-use developments on two adjacent sites across the Fairfax County line, currently occupied by Metro parking and a Virginia Tech satellite campus. Once assembled, the development will total 3.3 million square feet on over 41 contiguous acres. Metro has been planning to ground lease its 24-acre site for about a million square feet of mixed-use development, including multifamily, office and townhomes, undertaken by a partnership between EYA, Hoffman and Rushmark Properties. 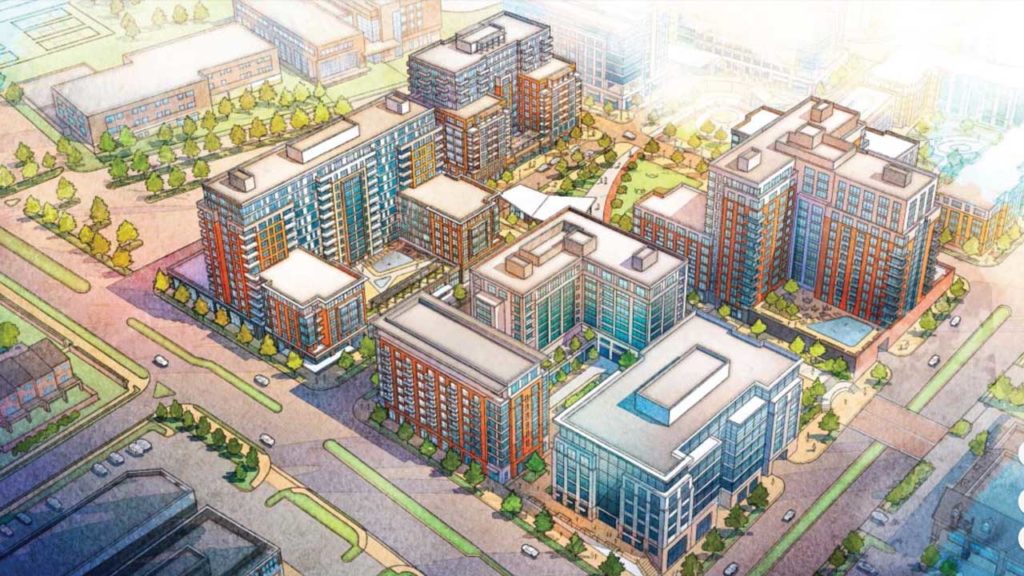 Virginia Tech announced last month plans to redevelop its 7-acre property, located between the West Falls Metro Station and the development site on route 7, including 900,000 sq. ft. of space, including a new “innovation lab,” office, residential and retail.