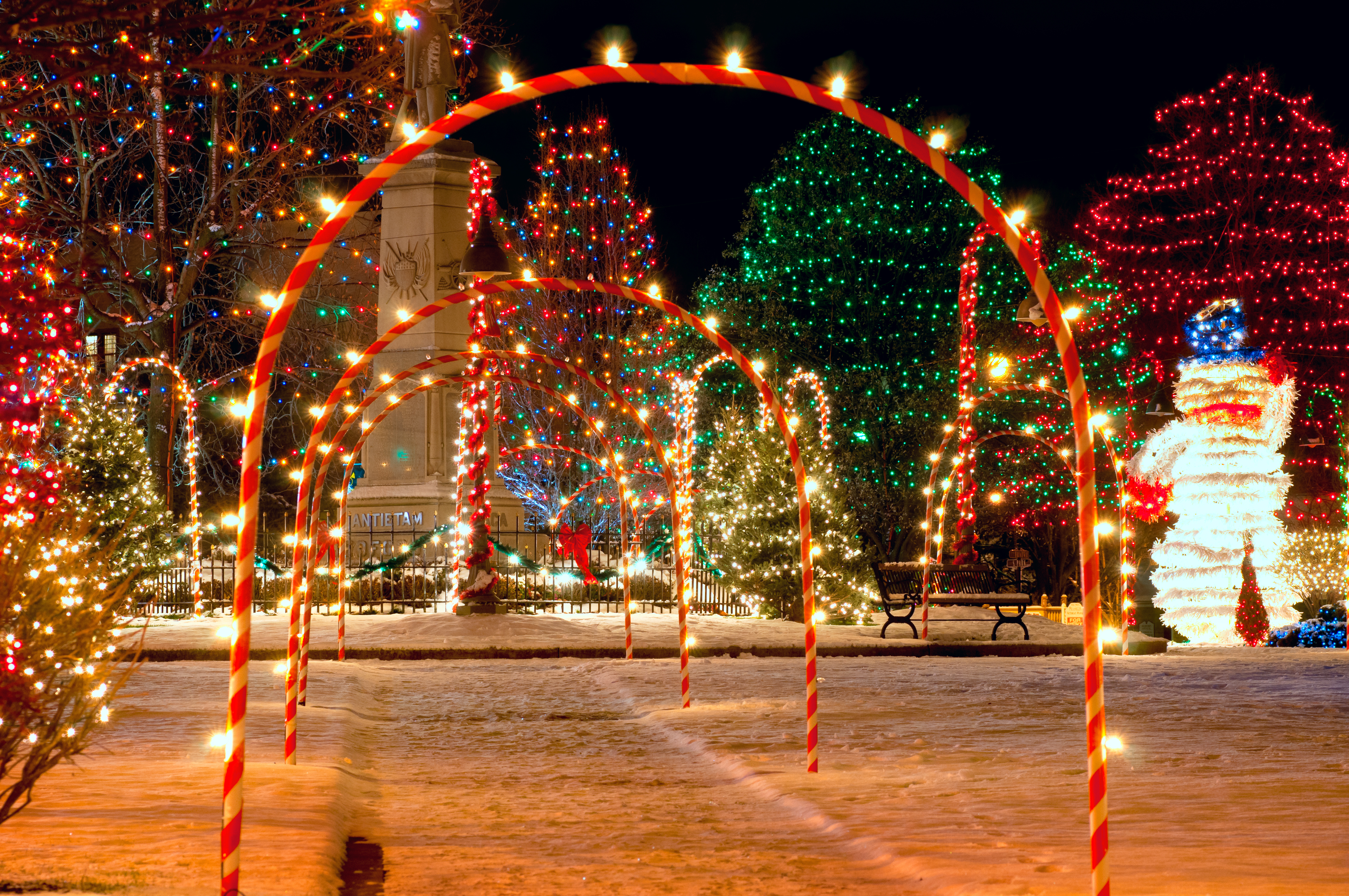 Wherever you may be, whether here in Greater Boston —or somewhere across the country —at this time of year you are likely in close proximity to a dazzling array of holiday decorations. Whether it’s a string of party lights, a candle-lit Menorah marking the eight days of Chanukkah, the seven-branched Kinara used in Kwanzaa celebrations, a robotic Santa, or colorful blinking lights illuminating a Christmas tree, light brings warmth to the cold, dark days of winter. Each December, decorative holiday lighting in the U.S. is so popular that the country uses more electricity this month than some countries do in an entire year. Today, some 150 million sets of string lights are sold in the U.S. each year.

With strands of light bulbs first attributed to Thomas Edison in 1880, the end-of-year holiday traditions have an enduring association with light. In turn, this need to brighten the season has long been reflected in some of the most festive moments in pop culture, with many of our favorite movies and songs referencing the role that light plays in holiday traditions. Here are some of our favorites:

One of the classic movie Christmas Vacation's main plotlines is Clark W. Griswold’s (Chevy Chase) efforts to illuminate the exterior of his suburban Chicago family’s home with approximately 25,000 lights.. Fun fact: today, running standard incandescent lights for five hours a day throughout the month of December would cost the average family roughly $4,000.

Similarly, in the holiday comedy Deck the Hall, Danny DeVito’s character decides to make his family’s home visible via Google Earth using Christmas lights, leading to a battle of wits with his neighbor, played by Matthew Broderick.

Over the years, many films, including Home Alone, An American Tail, and Eight Crazy Nights, have used holiday decorations as plot points and a means to establish a setting. One particularly infectious example: Will Ferrell’s enthusiasm for Christmas drives him to redecorate the department store where he works, then later his family’s home with yards of white lights, paper snowflakes, popcorn, and cotton ball garlands hanging from the ceiling in Elf.

And finally, one of the most iconic moments from Jean Shepherd’s A Christmas Story — a much-anticipated holiday event, as a marathon showing of the film has aired annually on TV since 1997 — concerns the family’s so-called “leg lamp.”

At the same time, light is a recurring theme in some of the most treasured holiday anthems. Examples include Ruby Wright’s "Let's Light the Christmas Tree" which was first released in 1957. Sia and Gwen Stefani have both sung versions of “Under the Christmas Lights.” Emmylou Harris released an entire album called "Light of the Stable" in 1975, with the title song featuring harmony vocals from Neil Young, Dolly Parton, and Linda Ronstadt. The 2004 hit album, “Barenaked for the Holidays,” by the Canadian rock band Barenaked Ladies, features 20 songs, both traditional Christmas and Chanukkah classics, as well as selections written by the band that light up the season.  And in 2010, "Christmas Lights" by Coldplay debuted at number 25 on the U.S. Billboard Hot 100 singles chart and position number 12 on Billboard's Hot Digital Songs chart. More recently, a live recording of the song was also featured as the closing track on the band's Live from Spotify London live EP, released on Spotify in 2016.

As a company specializing in advanced electrical construction work and installation, we continually see the impact that light has on daily life. In pop culture, light is a source of celebration and pride for many families. Both movies and music effectively utilize light to reinforce beloved holiday themes. As one year ends and a new one begins, holiday decorations unify people from all walks of life and underscores the power of light - not merely a necessity, but something that literally brightens society’s most significant shared moments.