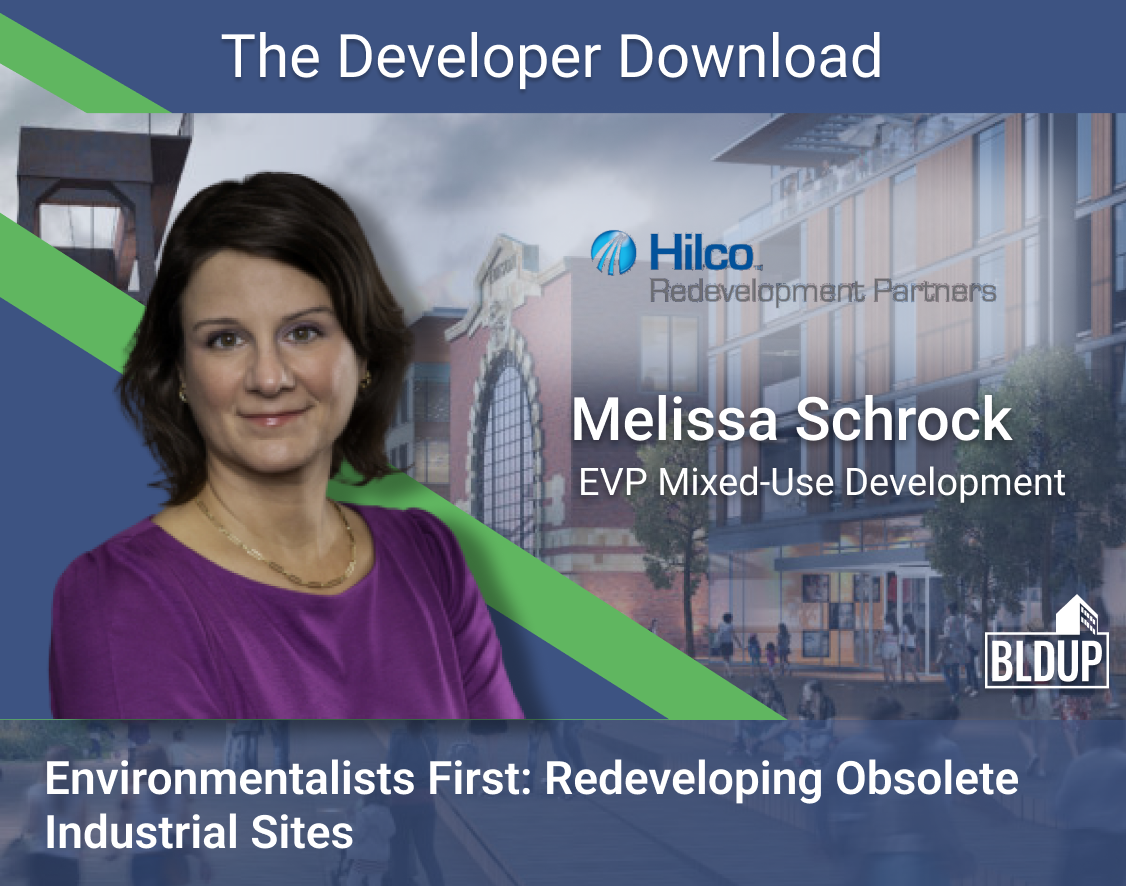 The BLDUP Team recently had the chance to chat with Melissa Schrock, Executive Vice President of Mixed-Use Development at Hilco Redevelopment Partners. An environmentalist at heart, Schrock found herself at home within a firm that operates nationally with environmental stewardship in mind, spearheading infill development and site rejuvenation projects such as the Bellwether District in Philadelphia, Potomac River Generating Station in Alexandria, VA, and 776 Summer Street in Boston. Prior to joining HRP, Schrock served as VP of Development for Boston Properties, managing projects such as The Hub on Causeway, The Back Bay/South End Gateway, and 325 Main Street in Kendall Square. Prior to Boston Properties, Schrock was a Project Manager at Samuels & Associates where she spearheaded the Continuum in Allston as well as the Pierce Boston project in Fenway.

BLDUP: Let’s check in on the status of the latest projects you’re handling - specifically 776 Summer Street in South Boston, the Bellwether District in Philadelphia, and the Potomac River Generating Station site in Alexandria, Virginia.

Melissa Schrock: We have begun the deconstruction process at 776 Summer Street, preserving 4 historic turbine halls, while enabling the rest of the site for 6 new buildings, new internal streets and a fantastic waterfront promenade. We expect phase one to open in late 2025. We’re also permitting the Potomac River Generating Station site located a short distance from Amazon HQ2 for over 2 million square feet of mixed-use development. There, we expect to break ground on the first phase in late 2024. Regarding the Bellwether District - a 1300-acre site that’s located on the Philadelphia waterfront - we’re in the process of removing the oil refinery that was operating on the site when we purchased it and designing our phase one buildings.

BLDUP: Why has Hilco decided to focus on these complex redevelopment projects and what are the principles guiding the mixed-use developments on these obsolete industrial sites?

Melissa Schrock: We consider ourselves both an environmental company and a real estate developer. We all know the world is increasingly moving away from fossil fuel uses. These sites - whether they were used for fuel production, like the Bellwether site in Philadelphia, or they used fossil fuels to generate electricity, like 776 Summer Street in Boston - all need to be remediated to be put back into productive use.

When we bought the Bellwether site, it was still in use as an oil refinery. We shut down operations and began to decommission it to prepare it for redevelopment. By the time we acquired the Potomac River Generating Station in Alexandria, community activism there had already shut down electric generation operations; while in Boston, the facility had become so obsolete and technology had advanced so much that operations closed on their own. By changing the use at these sites, we are ensuring those types of operations can never happen there again.

BLDUP: Along with bringing new life to abandoned sites, let’s discuss other benefits of these projects and the process of working with community stakeholders in deciding priority items.

Melissa Schrock: In Boston, for example, 776 Summer Street was a legacy project of Thomas Edison that was closed off to the neighborhood for over 120 years. We’re opening up that part of the waterfront with new public open space while also retaining the magnificent turbine halls. It comes full circle because the innovation at the time of the industrial revolution created the site. Now, Boston’s innovative life science industry will be tenanting the site. In Philadelphia, we’re reimagining the former oil refinery as a place of innovation in logistics/e-commerce use as well as life science space.

BLDUP: At a recent NAIOP breakfast you discussed the importance of diversity and how promoting opportunity in a diverse way is key. Can you tell us how this is put into practice at your firm?

Melissa Schrock: HRP makes diversity, equity and inclusion a priority in what we do and how we do it. This has to be done with intention. My mixed-use development team is approximately half women and half people of color and we all come from a variety of educational and professional backgrounds such as finance, architectural & engineering, and law. We are stronger together thanks to that cognitive diversity and variety of perspectives.

BLDUP: You’ve worked on many major, game-changing projects over the course of your career, do you have a favorite/favorites?

Melissa Schrock: I love them all, but I would say my favorite project is always the next one. In my career I was an architect and urban planner before I entered commercial real estate. I think of myself as a “city builder” and I’m passionate about building new districts and neighborhoods that improve both the urban environment and people’s lives.

BLDUP: What advice would you give to women looking to enter the CRE industry or advance their careers?

Melissa Schrock: Be proactive. Explore opportunities that come your way, even if you are happy where you are. Follow up on that email; return that phone call. You never know where it could lead and it may take you to your dream job! 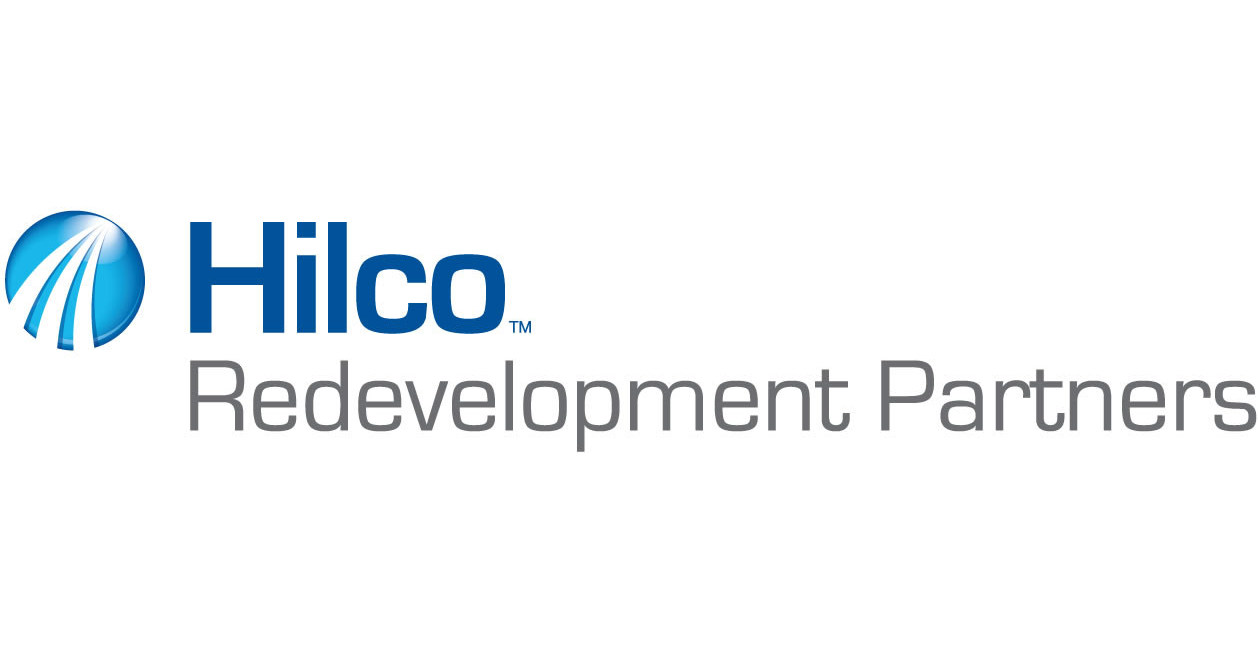 Melissa is the Executive Vice President of Mixed-Use Development at Hilco Redevelopment Partners. She joined Hilco in 2020 and holds a Bachelor of Science in Architecture from The Ohio State University and a dual master’s degree from the Massachusetts Institute of Technology in Real Estate Development and City Planning.