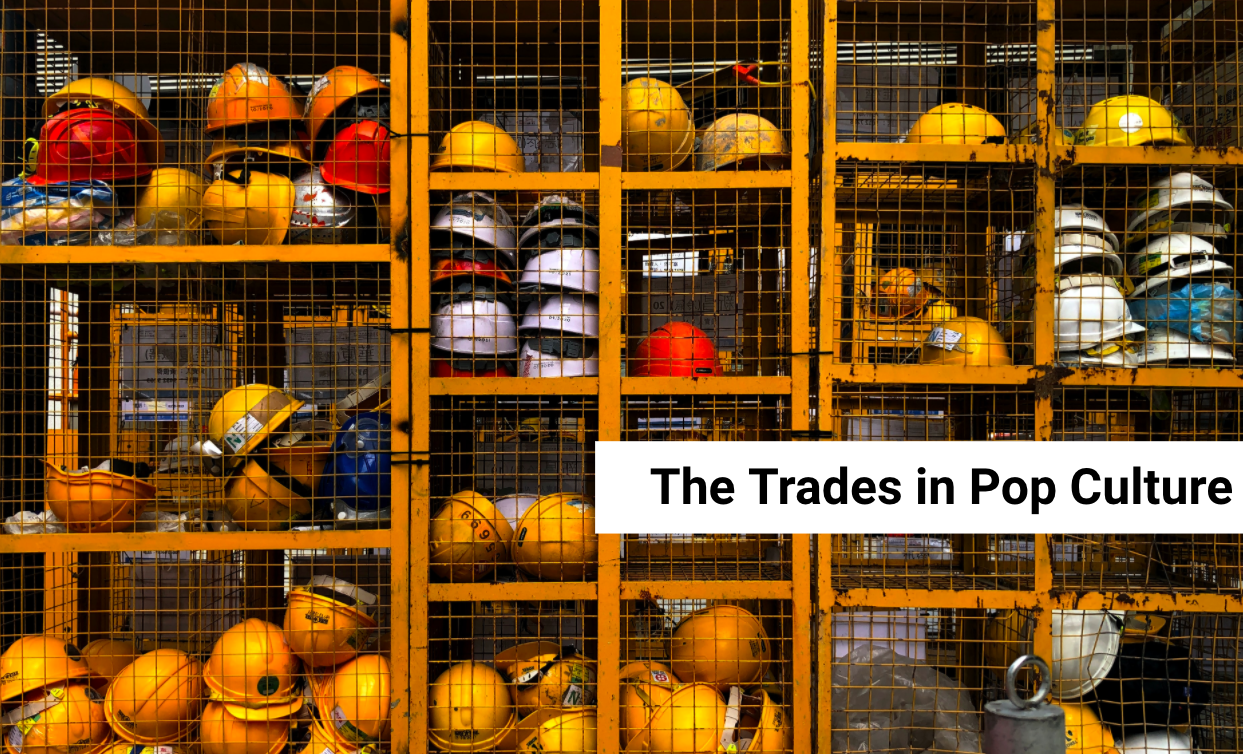 Each year, as summer ends and fall begins, we pause to recognize the American workforce and it's many contributions to our country. In addition to Labor Day, National Tradesmen Day is observed annually on the third Friday of September to celebrate the men and women that have helped build America.

Beyond the cranes looming over skyscrapers and bustling construction sites, members of the trade industries are well represented in pop culture.

For instance, here in New England, several well-known actors and personalities have strong links to the trades. Adam Sandler’s father, Stanley, an electrical contractor in the Berkshires for many years, encouraged his son to learn the trade in case a career in comedy did not pan out. Academy Award winner Jack Albertson – perhaps best known as Grandpa Joe in Willie Wonka & the Chocolate Factory – worked at a General Electric plant and a shoe factory in Lynn before breaking into acting. And it is worth noting that Newton North High School grad and Friends alum Matt LeBlanc also comes from a family of tradesmen – his grandfather was a carpenter while his dad worked as a mechanic. Before becoming an actor, he studied carpentry at a vocational college and has even built and fitted entire kitchens.

Other notable carpenters include Nick Offerman of Parks and Recreation fame, who studied set design in college and was a master carpenter for the Steppenwolf Theater Company in Chicago. Today he is a  much sought-after craftsman, producing furniture, canoes, and boats from his Los Angeles-based woodshop. Another well-known actor, Academy Award nominee Harrison Ford, owes his tremendous Hollywood success to his work as a carpenter. Unsatisfied with the bit parts that came his way, Ford became a professional carpenter to support his family, learning his craft from books borrowed from the library. In fact, Star Wars filmmaker George Lucas first met Ford while installing a wooden door at director Francis Ford Coppola’s house, leading to their many onscreen collaborations.

Musicians George Harrison and Elvis Presley both trained as electrician apprentices and legendary jazz musician Herbie Hancock earned double majors in electrical engineering and music from the Grinnell College. Popular British actor Rowan Atkinson – AKA Mr. Bean–began his career as an electrical engineer, earning a master’s degree from The Queen’s College in Oxford. And critically acclaimed actor Jeremy Renner, best known for his roles in The Hurt Locker and the Avengers film franchise, spends his time away from movie sets renovating houses.

From Arnold Schwarzenegger’s origins as a bricklayer to Ozzy Osbourne who trained as a plumber, numerous well-known public figures spent their early years plying their trades. And today, beyond those formative experiences, millions of Americans spend their careers in construction and trade-related jobs, underpinning an entire segment of the workforce, and providing this country with an essential service.

At JM Electrical, we are proud of the role we continue to play in the development of Greater Boston, which began with our founder Paul Guarracino nearly 35 years ago.

JM Electrical Co., Inc. was established nearly 35 years ago by Paul A. Guarracino who wanted to provide the highest level of quality service to the commercial electrical contracting market. Over the years, this commitment to service along with highly experienced and dedicated personnel has allowed our company to grow its customer base and make significant contributions to major projects in the Greater Boston area.