See Plans
The data on this page has not been reviewed by the BLDUP verification team. To find thousands of BLDUP verified projects click here >>

For theatre instruction, the new building will feature a massive auditorium with a balcony and catwalk, a smaller black box theatre and both film screening and storage rooms. Four dance studios will be constructed on-site, as well as a grand orchestra hall, a choral room, recording studios, piano labs, ensemble rooms and dozens of music practice rooms. A visual arts studio will include separate studios for 2D and 3D art, a photography room with a dark room, an exhibition studio and a computer graphics workroom. For fashion instruction, a large clothing construction lab will be built alongside a styling and design studio. 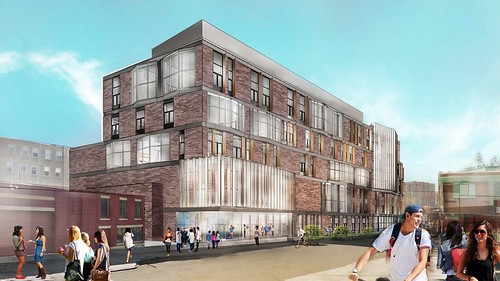