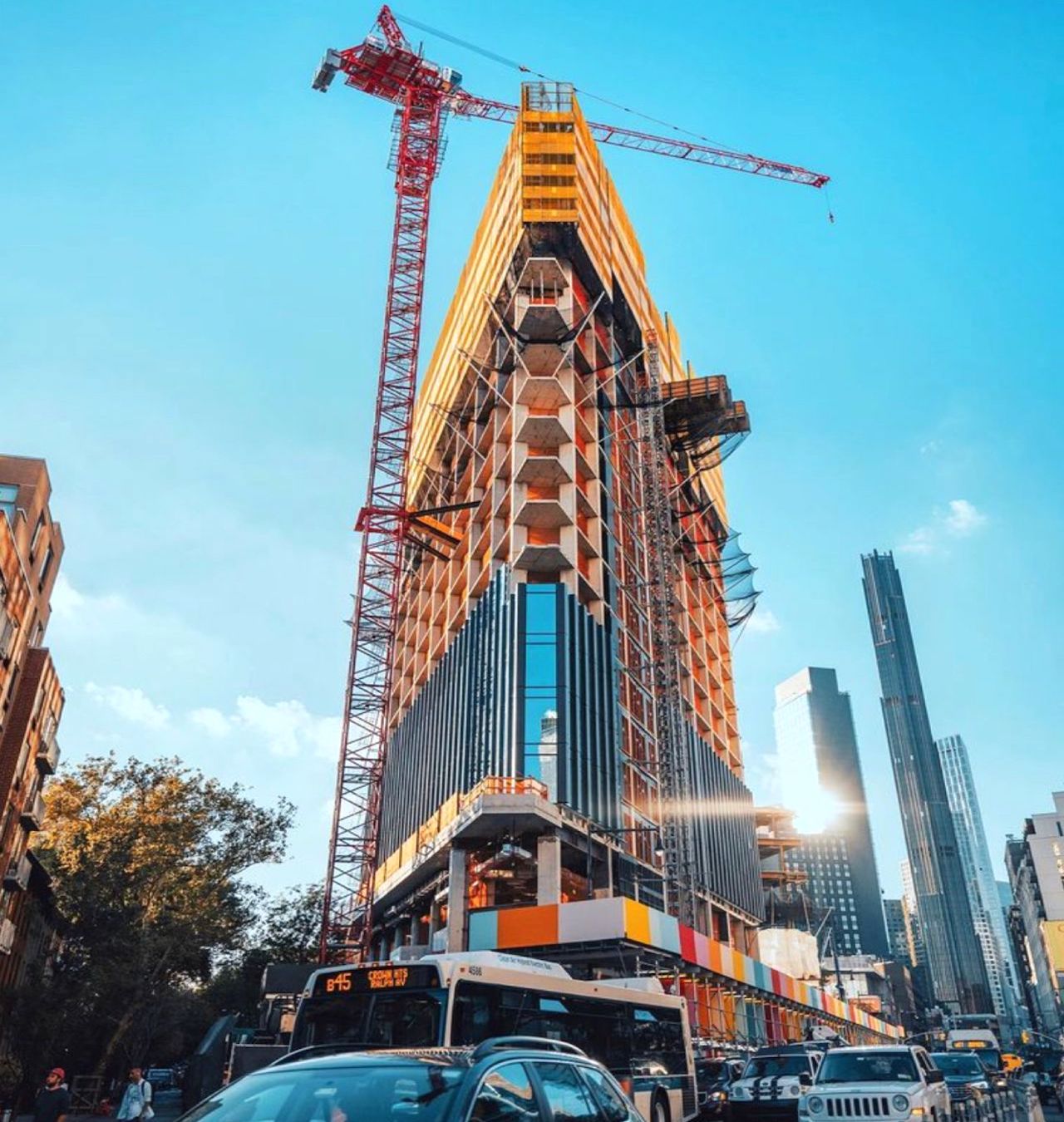 Developed and designed by , the tower is one of the 5-buildings that are set to make up a mixed-use development, known as "The Alloy Block". Dubbed internally as "The First Tower", the  foot tall structure will share its base with a second, and significantly taller tower, although this will be constructed in a future phase. 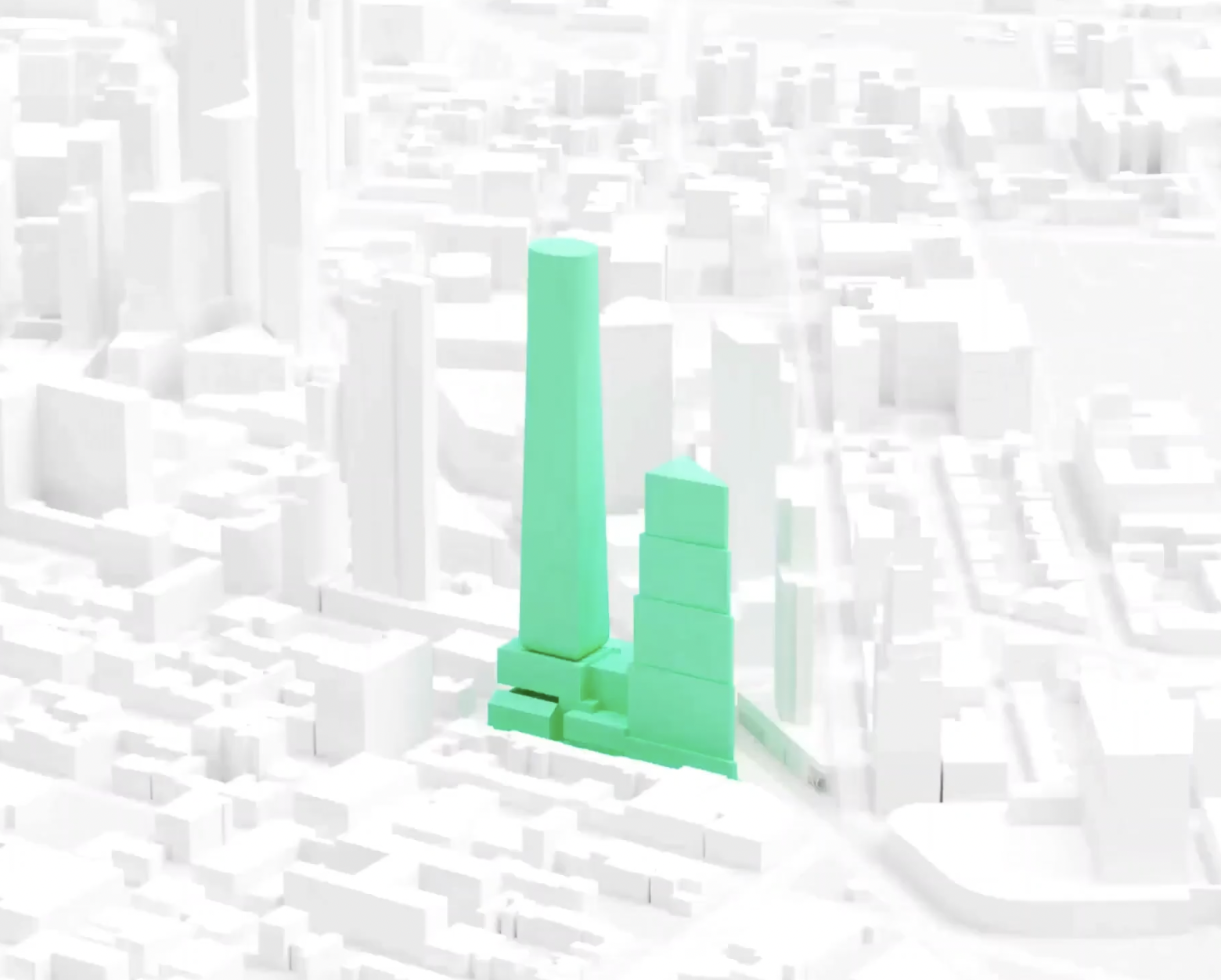 Set to total square feet, The First Tower will contain apartments (including 45 affordable housing units) and  square feet of ground-floor retail space. Tenant amenities are to include a fitness center, a co-working space, a rooftop pool, and 224 bicycle parking spaces. The tower has also been designed as NYC's first all-electric skyscraper, with a goal of becoming carbon neutral by 2040. 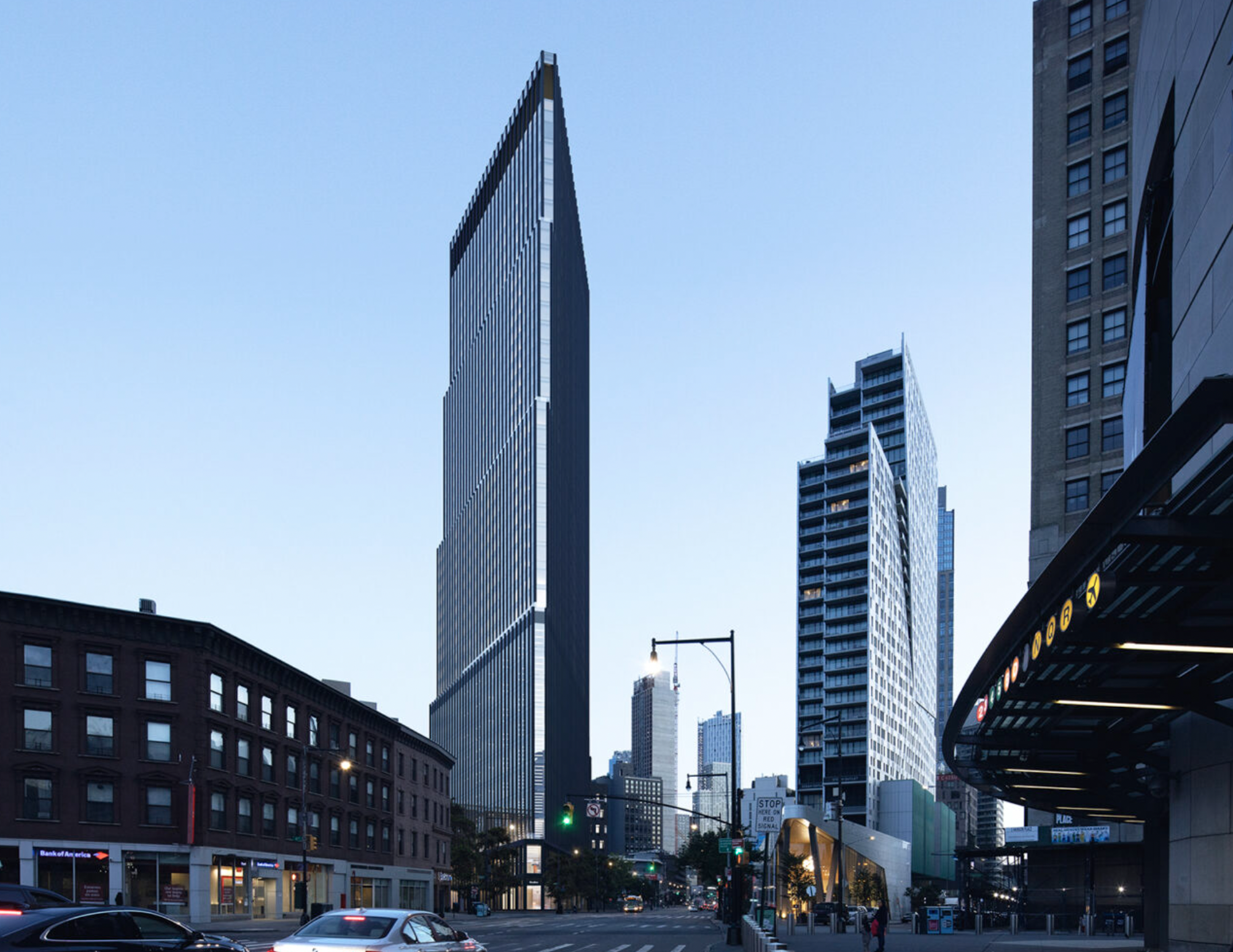 Due to the project site's close proximity to several active subway tunnels, Hunter Roberts Construction Group initially served as the general contractor while the tower's foundation was being built. A settlement-reducing design, consisting of 150 drilled piles, was chosen in order to prevent the heavy structure from settling and potentially damaging crucial underground infrastructure.

Now that the foundation is finished, however, the torch has been passed to Urban Atelier Group, who will be responsible for all of the above-ground superstructure work. Construction is expected to take until mid-2024 for The First Tower, with the rest of the development estimated to finish sometime around 2027. 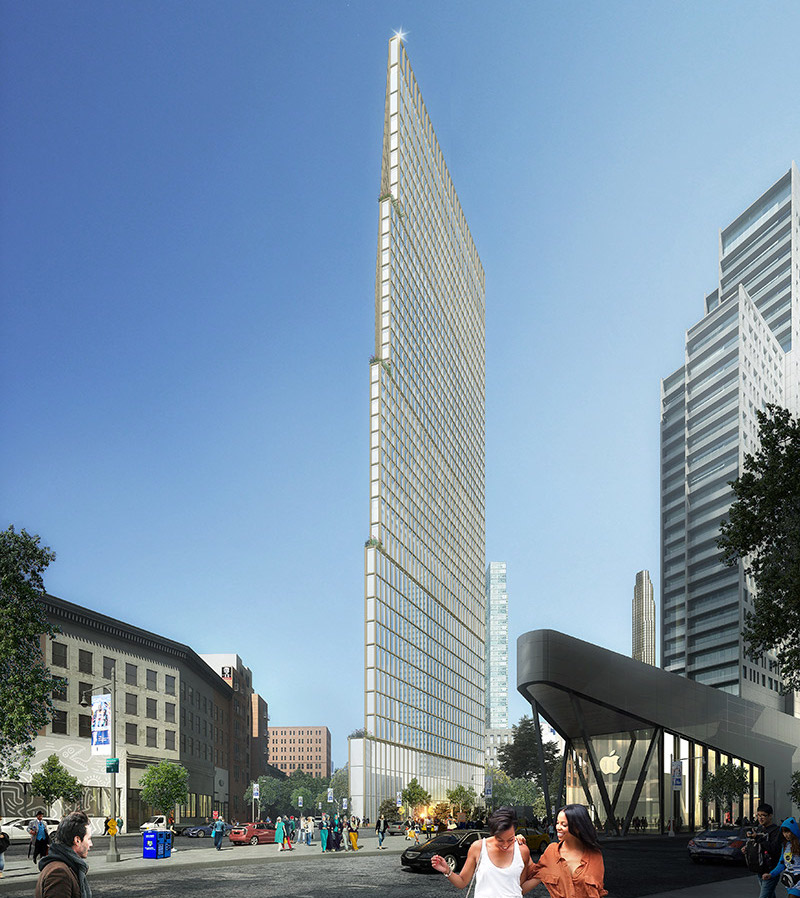