A PNF has been filed for the co-living project proposed in Allston along Lincoln Street, Common Allbright. The plans call for a 6-story building to include 80 residential units, a mix of 10 traditional studio units, 8 three-bedroom co-living suites, and sixty-two 62 four-bedroom co-living suites. There will be a total of 282 bedrooms within the project. The development team of ARX Urban & Boylston Properties will partner with Common Living, Inc. one of the largest co-living management companies in the U.S., to oversee daily operations.

The project also includes a ground-level garage to feature around 30 parking spaces with the ability to add another 30 spaces with a mechanical parking solution. Common Allbright will designate 2 traditional studio units and 9 co-living suites containing 35 bedrooms to be income-restricted for individuals earning not more than 70% of the AMI. 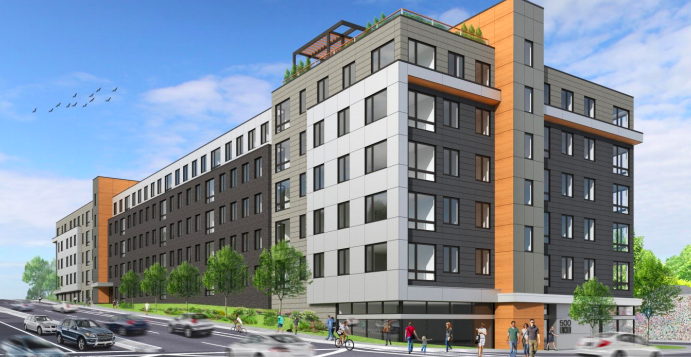