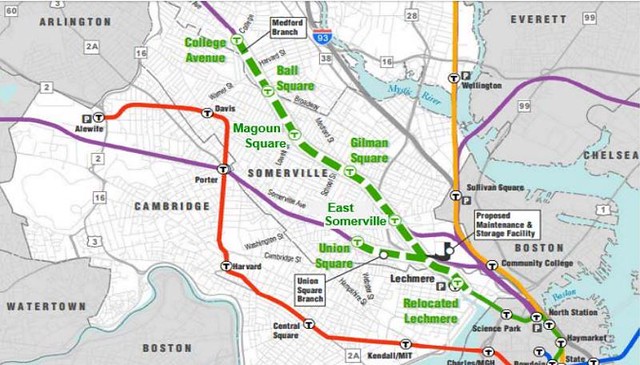 A map of the upcoming Green Line Extension. 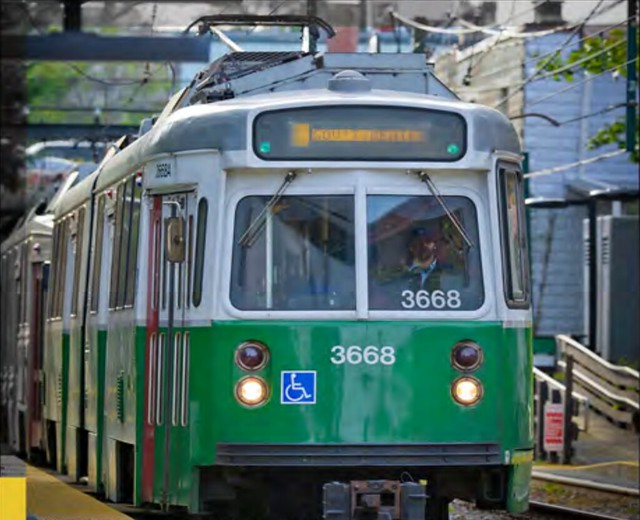 A Green Line trolley on the existing D Branch, which connects Newton and Brookline with Boston and Cambridge.

The first expansion of the rapid transit system since the Alewife extension of the Red Line opened in 1985, the Green Line Extension is planned in two branches from Lechmere Station in East Cambridge. One branch will follow the Fitchburg Line commuter rail tracks to Union Square in Somerville, while the other will follow the Lowell Line commuter rail tracks to Medford. In addition to Union Square’s stop at Prospect Street, stations are planned for East Somerville, Gilman Square, Magoun Square, Ball Square and Tufts University. A new Lechmere Station will also be built as part of the project. The Green Line Extension could one day extend further northward to Route 16/Mystic Valley Parkway. 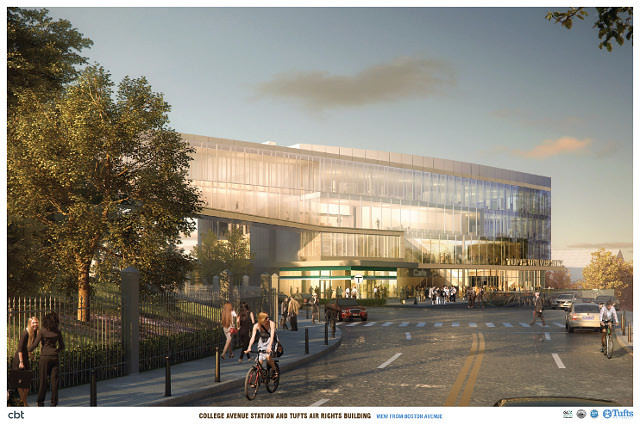 A preliminary rendering of the future Green Line stop at Tufts University, above which Tufts would construct a new building.

The government’s commitment to building the Green Line Extension has already resulted in increased land values along the future route, and a number of new development projects. According to the Metropolitan Area Planning Council, the Green Line Extension is expected to generate nearly 5,500 new residences and six million square feet of commercial space. The first major development to unveil along the Green Line Extension, Windsor at Maxwell’s Green, opened in 2012 and is located next to the future Magoun Square station. Windsor at Maxwell's Green features 184 luxury apartment residences and cost approximately $52 million to develop. 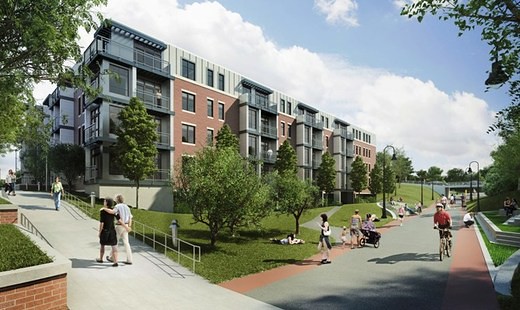 A rendering of the Magoun Square station, with Windsor at Maxwell’s Green at left.

Perhaps the most anticipated Green Line Extension stop is Union Square. Already the home of beloved restaurants such as Union Square Donuts and The Independent, and located a short distance to Cambridge’s eclectic Inman Square, the area has developed into something of a startup hub. Clean technology incubator Greentown Labs is already located in the neighborhood and is planning on expanding. According to Greentown CEO Emily Reichert, the Green Line Extension is crucial towards the Union Square startup ecosystem’s continued success; “to unlock the next great Massachusetts innovation corridor, we need the Green Line extension work to continue,” Reichert wrote in CommonWealth Magazine.

Another sign of Union Square’s startup scene is Bow Market, a former warehouse being redeveloped for pop-up retail and restaurant uses. Bow Market, approved by the City of Somerville last winter and anticipated to open this Fall, will feature over 30 small storefronts available for short-term leases, catering to new small businesses. 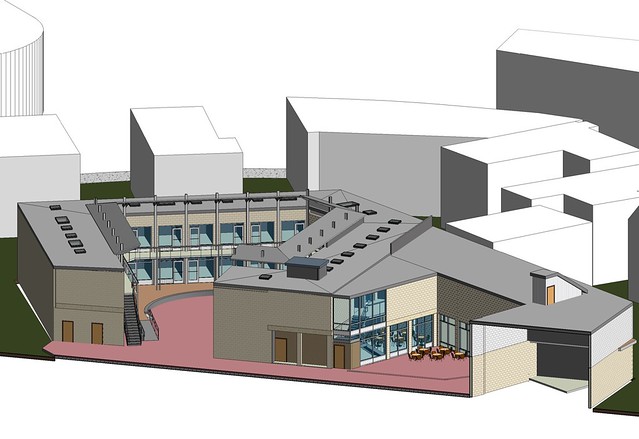 An aerial rendering of Bow Market. 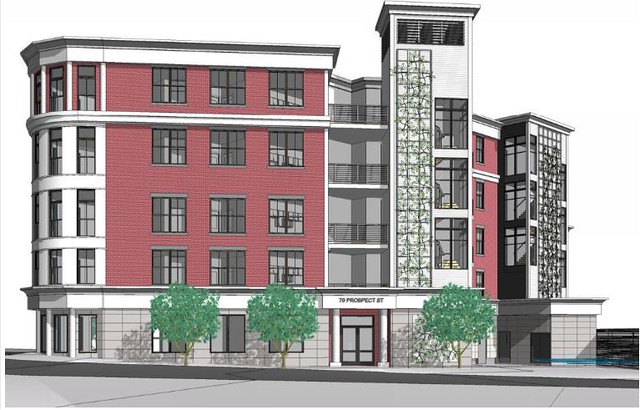 A rendering of 70 Prospect Street, a 14-unit building with ground-floor retail under construction in Union Square.

The Ball Square station, located a short walk away from Somerville’s popular Davis Square, has also seen a recent development boost. The Sphere, a 42-unit apartment building, will open this summer in the heart of Ball Square. Powder House, an innovative adaptive reuse of a former school into a sustainable mixed-use development featuring 48 apartments, 11,300 square feet of commercial space and over 69,000 square feet of open green space, was recently approved by the City of Somerville. 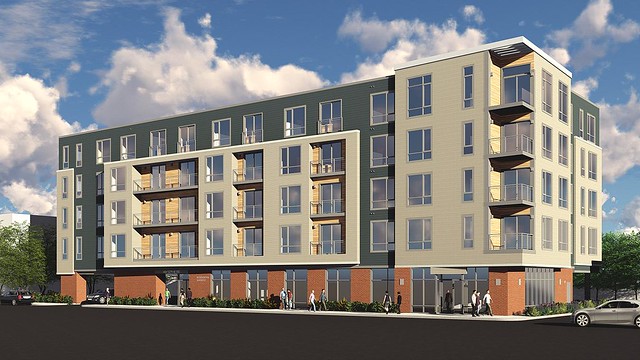 A rendering of The Sphere Luxury Apartments in Medford, which will open this Summer in Ball Square. 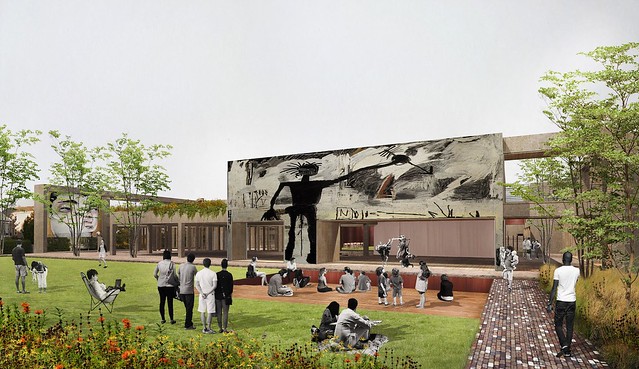 A rendering of the recently approved Powder House development.