Life Science developer IQHQ and Meredith Management have begun construction on Fenway Center. The $1 billion development will center around a life science/lab campus over the Massachusetts Turnpike and is the largest air rights project in Boston since 1980.

“Fenway Center creates a direct connection between premier life science, research, academic and medical districts at the gateway to Boston. It also reunites several of Boston’s iconic neighborhoods after more than 100 years of separation caused by railroad tracks and the Mass Pike,” said John Bonanno, chief investment officer for IQHQ. “Fenway Center will be the gateway to the Longwood Medical Center and act as a prominent catalyst for Boston’s rapidly growing life science sector that will serve the needs of future tenants with collaborative workspaces teaming with top talent, and access to world-class entertainment, amenities, residential space, and public transportation."

“After 20 years of working closely with the State, City, and neighborhood stakeholders, I’m thrilled to see our vision for Fenway Center finally become a reality. I’m also very proud to be working with IQHQ and to bring a new, best-in-class life science project to Boston and the Fenway area,” said John E. Rosenthal, President of Meredith Management.

The $600 million, 1.1-million-square-foot mixed-use air rights development project in Kenmore Square will consist of five new buildings, including a 27-story tower, 550 residential units, and a 960,000 SF of lab space. 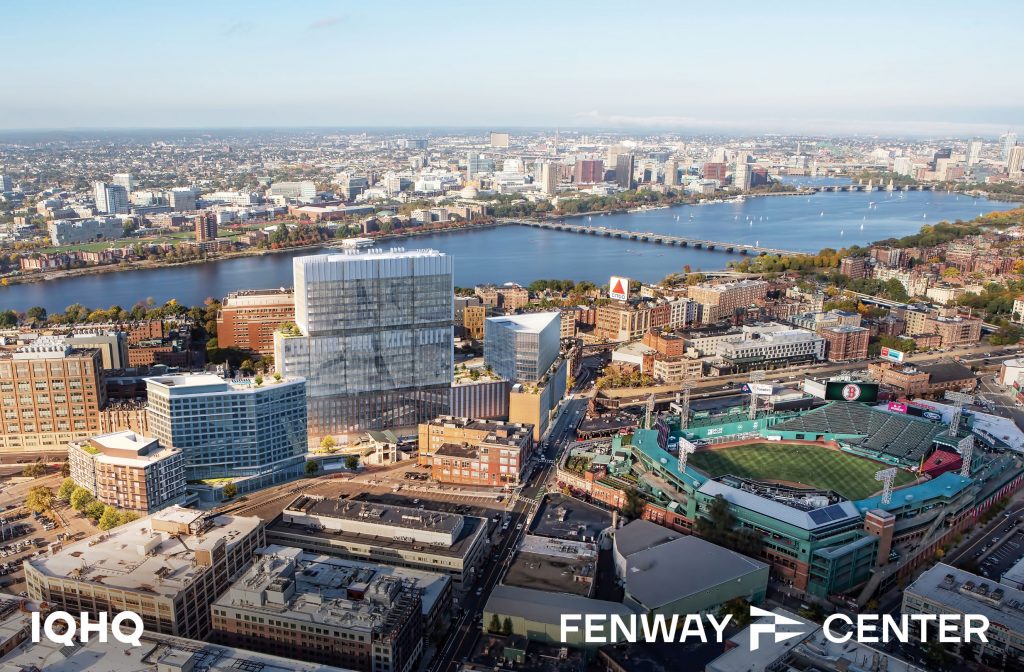 IQHQ Hires Director of Sustainability and ESG in

May 12, 2021 - IQHQ Hires Director of Sustainability and ESG read more

One Alewife Center in Cambridge