88 Hudson Street, along with the first phase of One Greenway which was completed in 2015, will help ensure that working families can continue to live in Boston’s downtown area, where rents and condominium prices are rapidly rising. “We want to ensure residents who have built their lives in Chinatown can continue to live here,” said Mayor Marty Walsh at the ribbon cutting. “I'm proud of the work the City and our partners have done to create these affordable homes for working families in Chinatown.”

88 Hudson Street cost over $20.5 million to construct and was made possible by funding from the City of Boston, the State of Massachusetts, Eastern Bank and the Chinese Economic Development Council. The first phase of One Greenway provided 312 apartments, 95 of which are affordable, 3,300 square feet of retail space, 5,000 square feet of community commercial space, 135 parking spaces and a new public park. One Greenway developers Asian Community Development Corporation and New Boston Fund sold the first phase’s 217 market-rate apartments sold this month for $144.5 million, nearly $666,000 per apartment, to Prudential. The following are photographs of 88 Hudson Street: 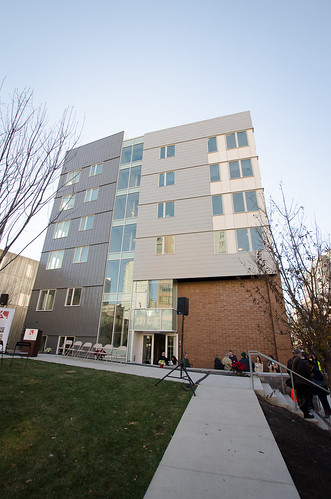