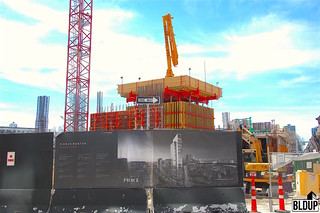 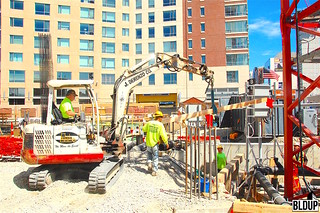 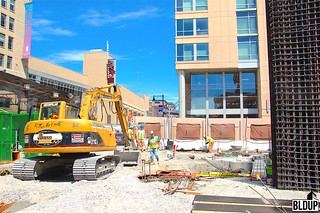 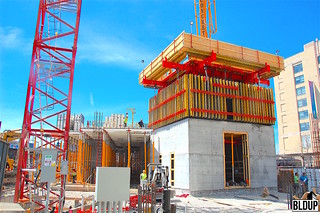 Pierce Boston with tower crane at left, Peri Skydeck at center and elevator core at right 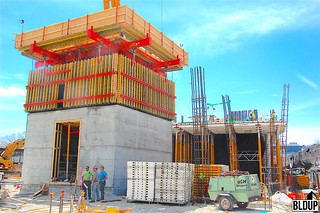 At the frame’s opposite end, a wall is under construction for the Peri system’s second half. 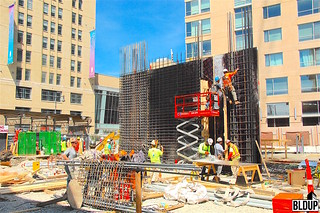 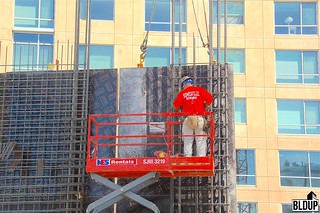 The Peri system will soon extend all the way to the wall, and concrete for Pierce Boston's second story will be poured. 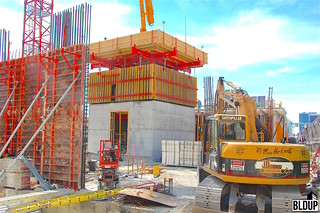 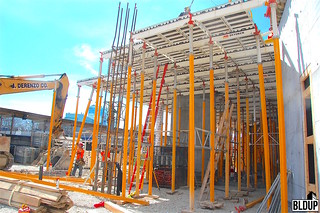 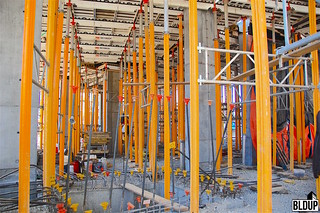 View of Peri system underbody. Concrete has been poured along some second story support pillars.

We got to climb to the top of the Peri system's decking, where we saw the construction team preparing concrete anchors in anticipation of pouring concrete to construct Pierce Boston’s second story. These anchors will frame third story support pillars. 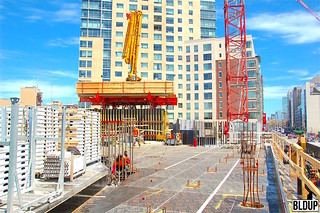 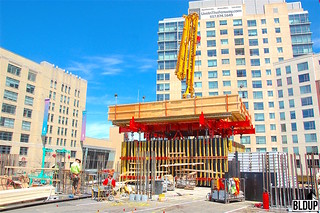 Another angle of concrete anchor preparation atop the Peri system's decking 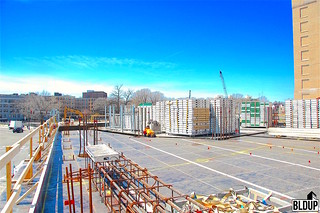 The following is a video in which Joel Hagan of S&F Concrete explains the Peri system:

From the top of the Peri system decking, we saw freshly poured concrete along what will be a loading dock for Pierce Boston. Pierce Boston's underground parking structure, partially located beneath the future loading lock, is complete. 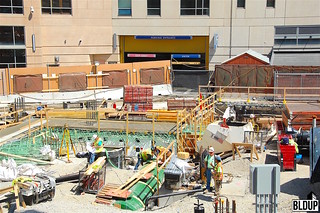 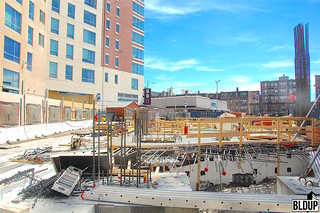 The Pierce Boston construction team is hard at work building a game-changing tower that will set a new standard for Boston luxury living. 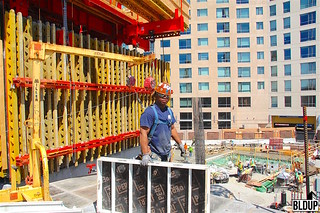 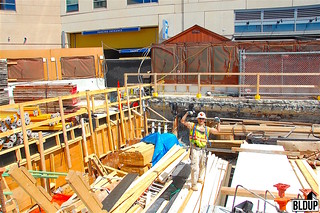 Additional information about Pierce Boston is posted below.

Pierce Boston frame about to rise

J. Derenzo Companies is performing excavations in preparation for construction of the first story of Pierce Boston’s 30-story frame. Concrete is just about to be poured at the base of Pierce Boston’s future elevator core. A tower crane is now being installed, signaling the impending start of frame construction. 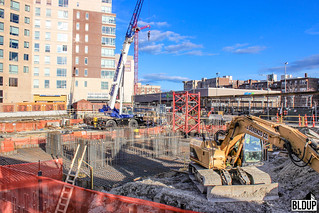 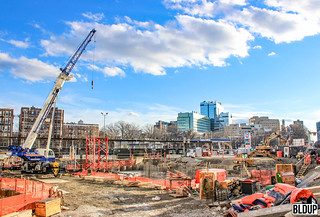 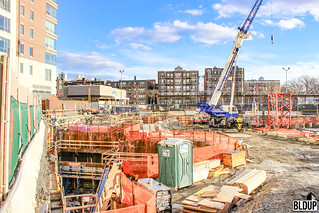 Pile driving is complete at Pierce Boston. Pile drivers have been moved off site, making way for construction of Pierce Boston's frame. 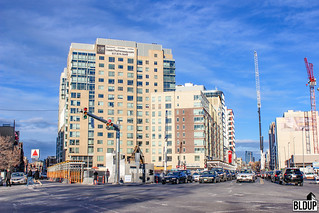