Currently, at 11 Garden Street in New Rochelle, construction on a 20-story affordable housing development is in full swing. At this time, general contractor, West 20th Construction LLC is mid-way through the slip forming process; a common method that is used to quickly produce floors and supports for concrete superstructures. 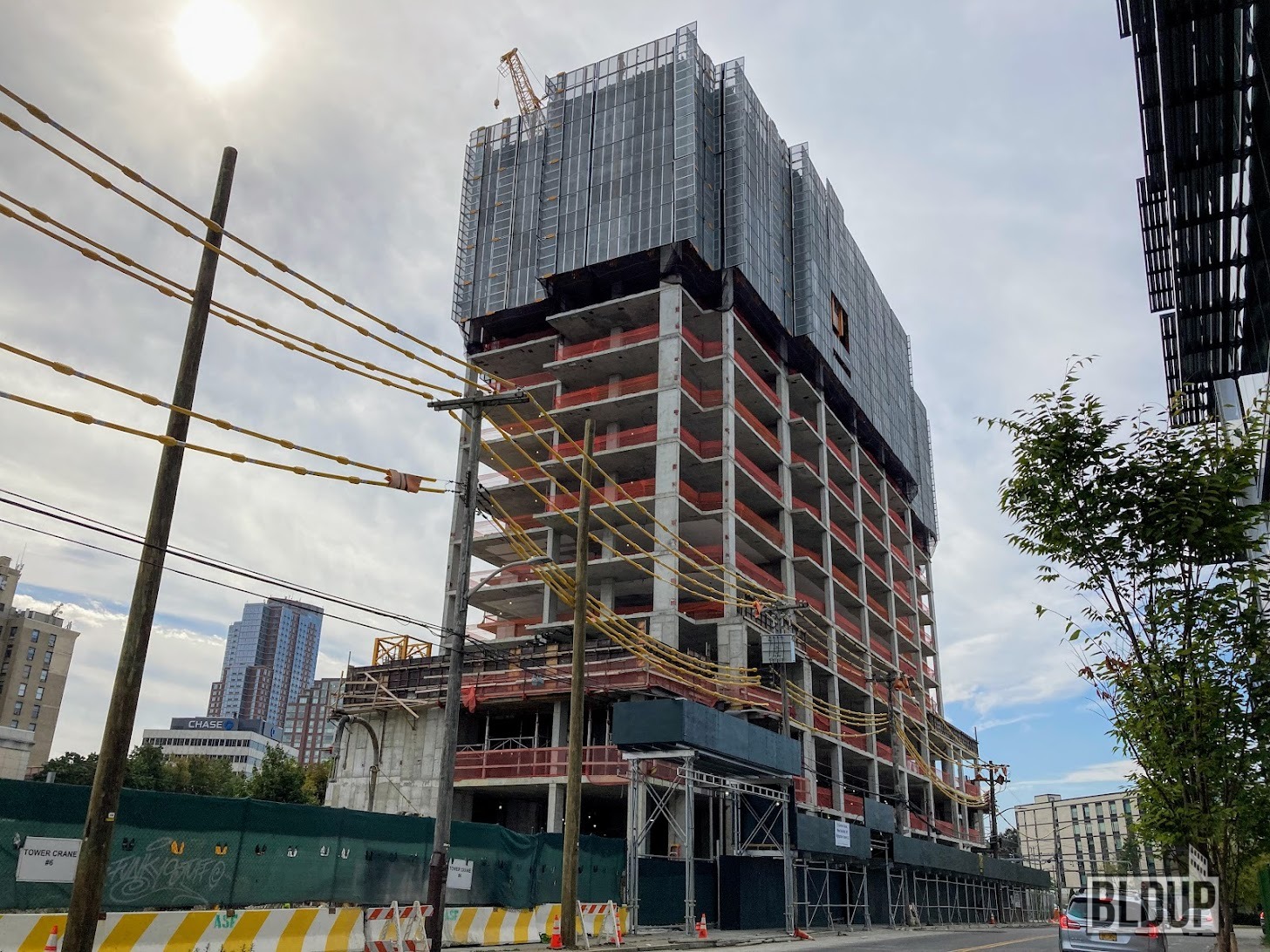 Set to be called, Highgarden Tower, the building is being developed by Georgica Green Ventures and was designed by Stephen B Jacobs Group Architects. It will have 219 residential units, and 100% of those are designated for affordable housing. Units will be available in studio, one, two, and three-bedroom configurations. 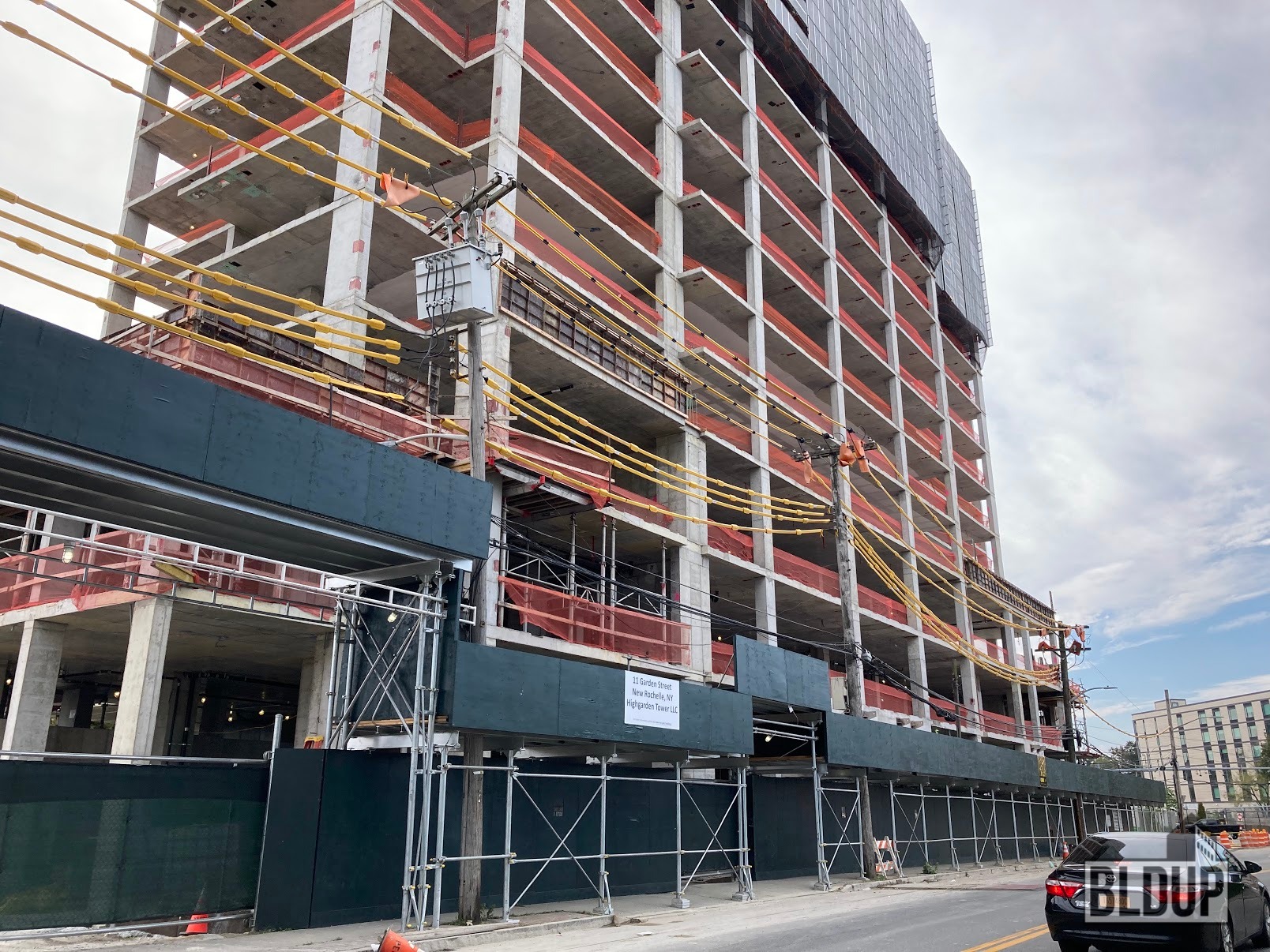 In addition to housing units, the project includes an incorporated parking garage with enough room for 172 vehicles. There will also be a private playground for residents as well as a new public plaza on the corner of Garden Street and North Avenue. 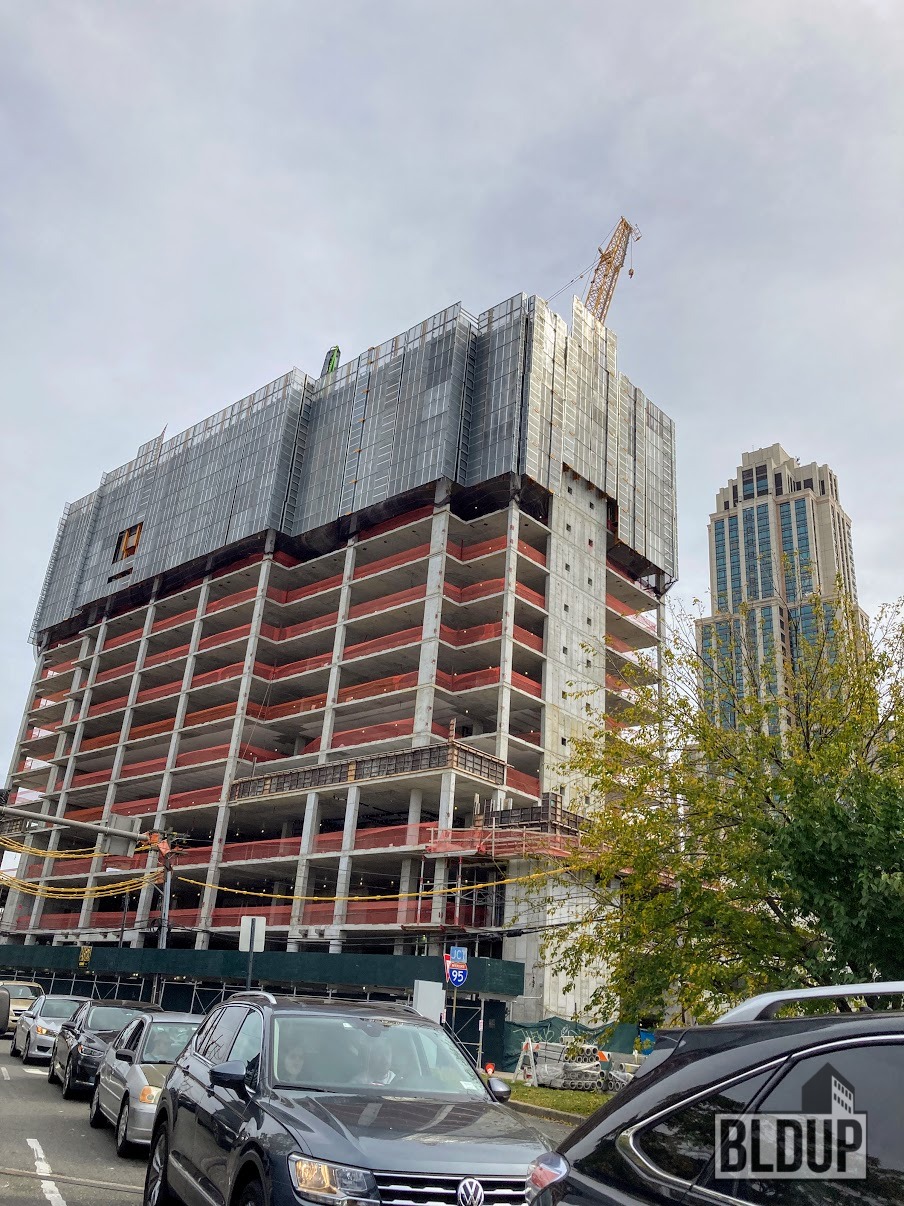 Highgarden Tower was approved back in 2019, and construction began at the beginning of this year. The project has employed approximately 200 workers and is expected to complete in the summer of 2023. 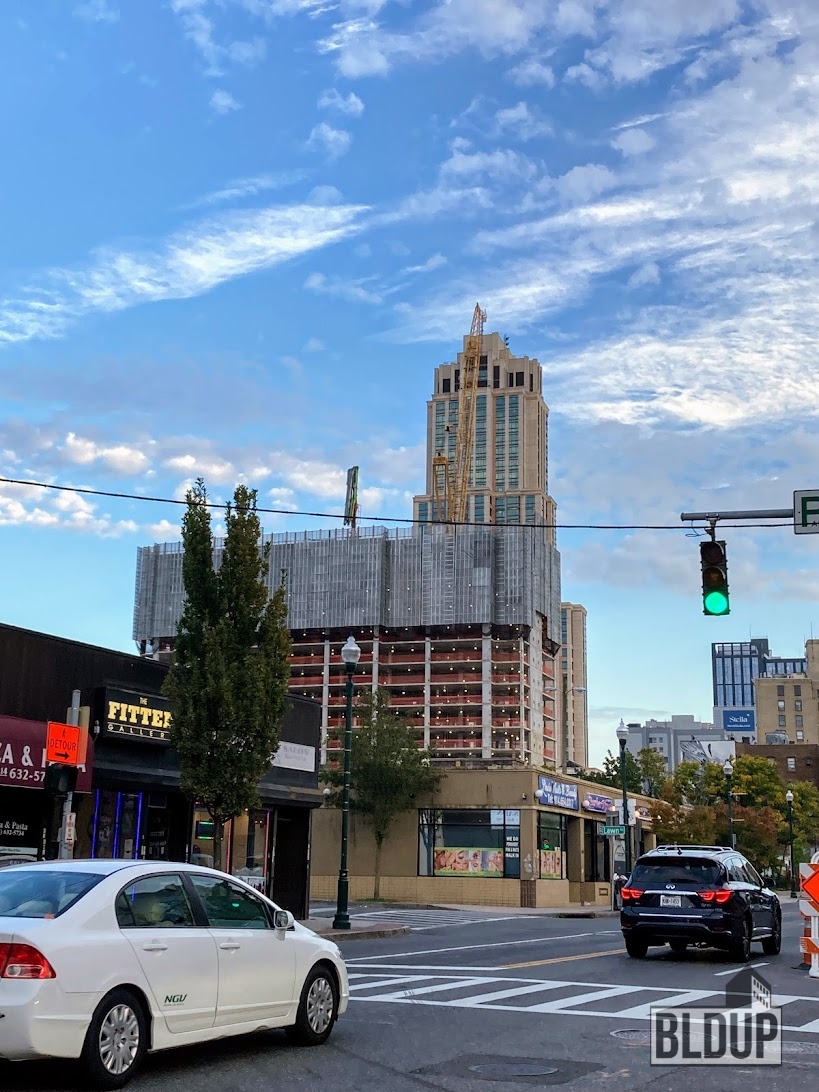