A luxury residential development at 76 11th Avenue in Manhattan's West Chelsea neighborhood has just been sold for $900 million. Known as "The XI", construction began on the twisting duel-tower project in 2016 but was halted in late 2019 when developer, HFZ Capital Group, had trouble paying off approximately $1 billion in accumulated debts. With $136 million owed to the British hedge fund and primary lender, Children's Investment Fund, the project's debt was sold at public auction to Witkoff Group and Access Industries. 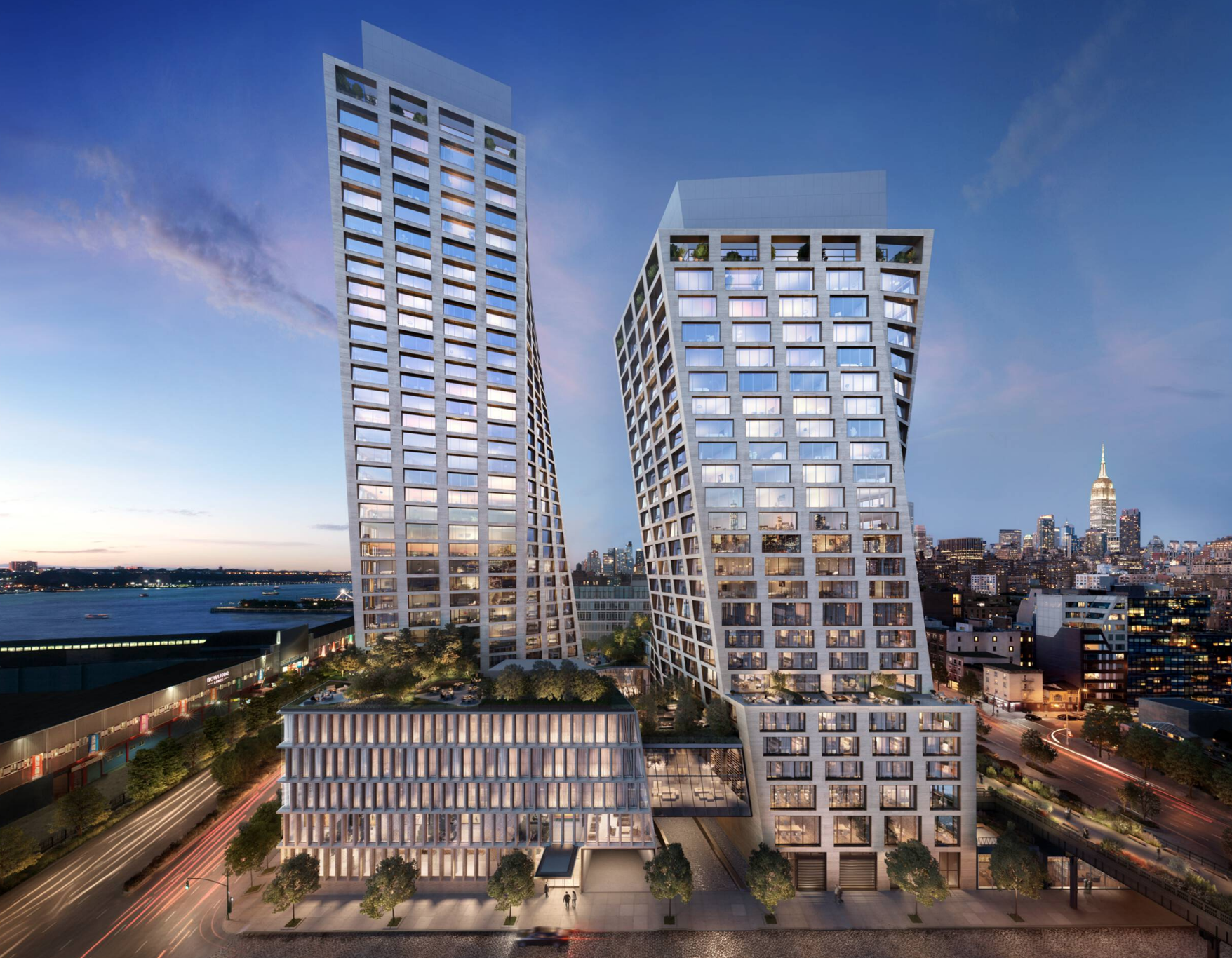 Now under new ownership, Witkoff says construction will be able to resume immediately. Designed by Bjarke Ingels Group (BIG), and built by Omnibuild, the development will total over 900,000 square feet. The taller tower will stand 36-stories and contain 149 condo units, with interior design by Gabellini Sheppard Associates. The shorter tower will stand 25 stories and contain a further 87 condos, however, these units will receive custom interiors by the renowned French design firm, Gilles & Boissier. 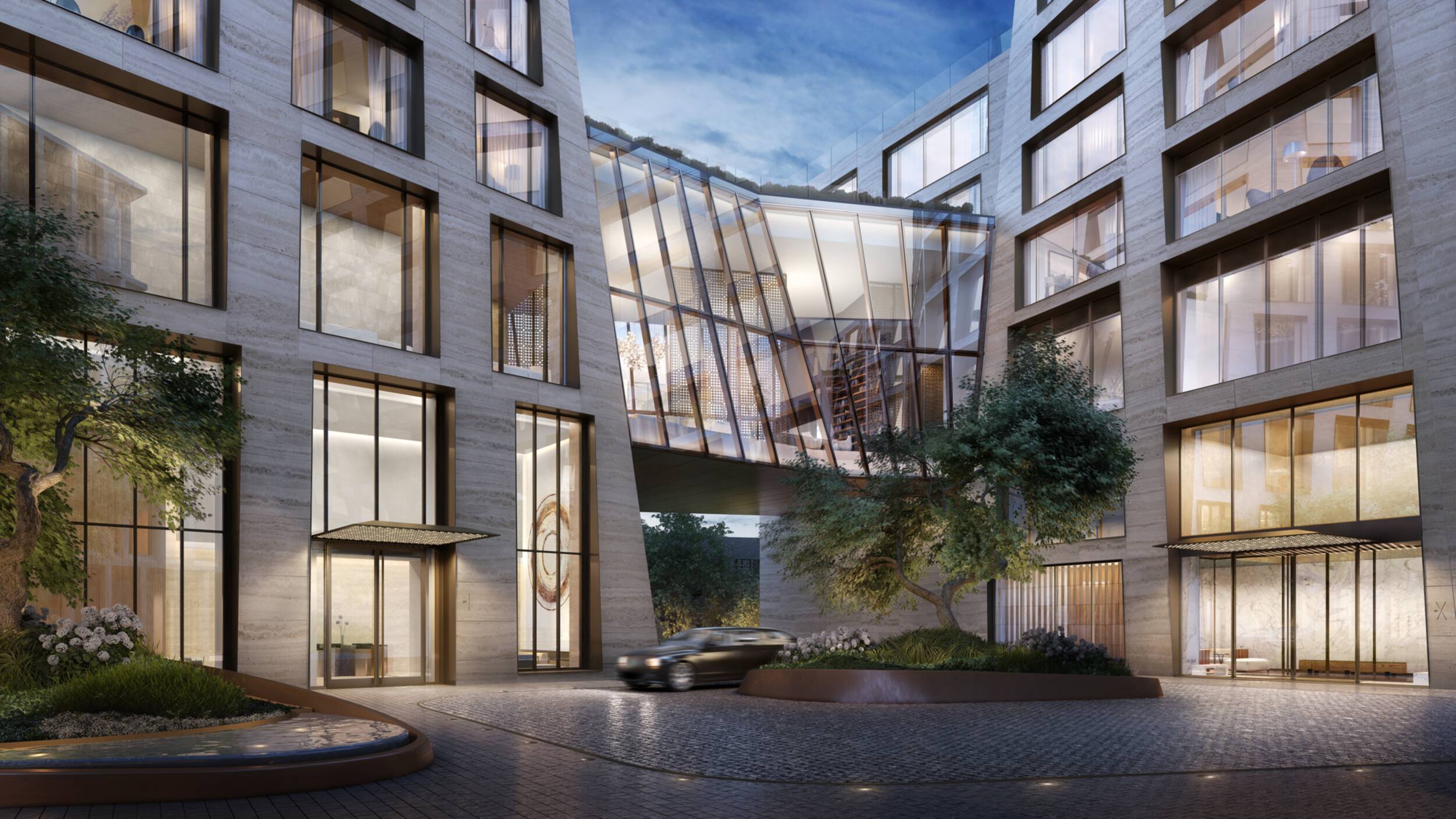 Tenants will have access to over 18,000 square feet of amenities, including a 75-foot swimming pool, a fitness center, multiple entertaining lounges, a wine cellar, and a spa. The building will also have a landscaped courtyard, as well as special areas that are specifically catered to children and teenagers. 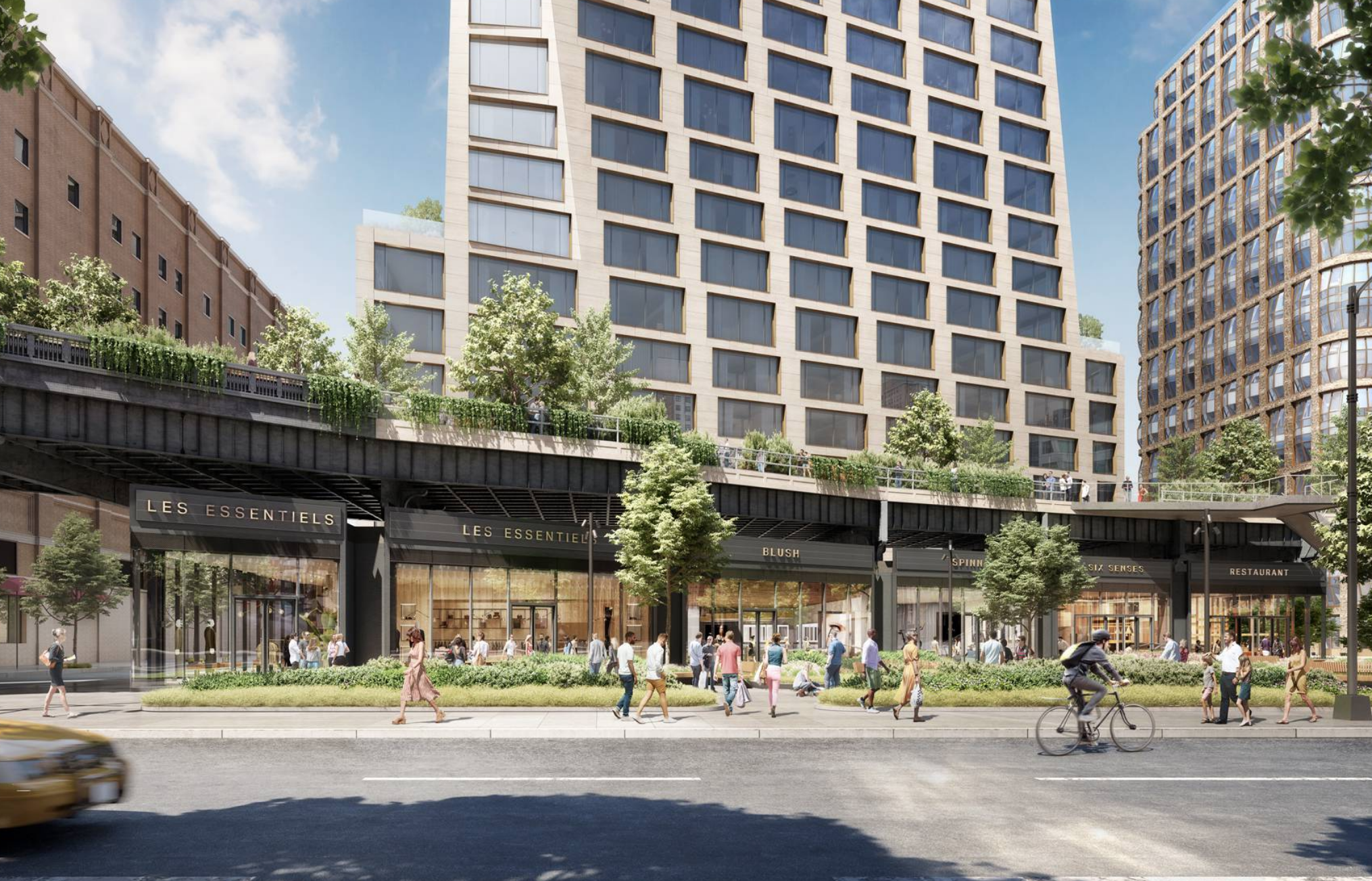 In addition to residential units, The XI will be home to Six Senses New York; a 5-star hotel boasting 137 rooms and a private club. Commercial space throughout the development will amount to roughly 85,000 square feet, of which 55,000 is dedicated to retail and spa facilities in the hotel. The remaining 30,000 square feet will be located on the ground floor and occupied by retail units with exterior entrances. 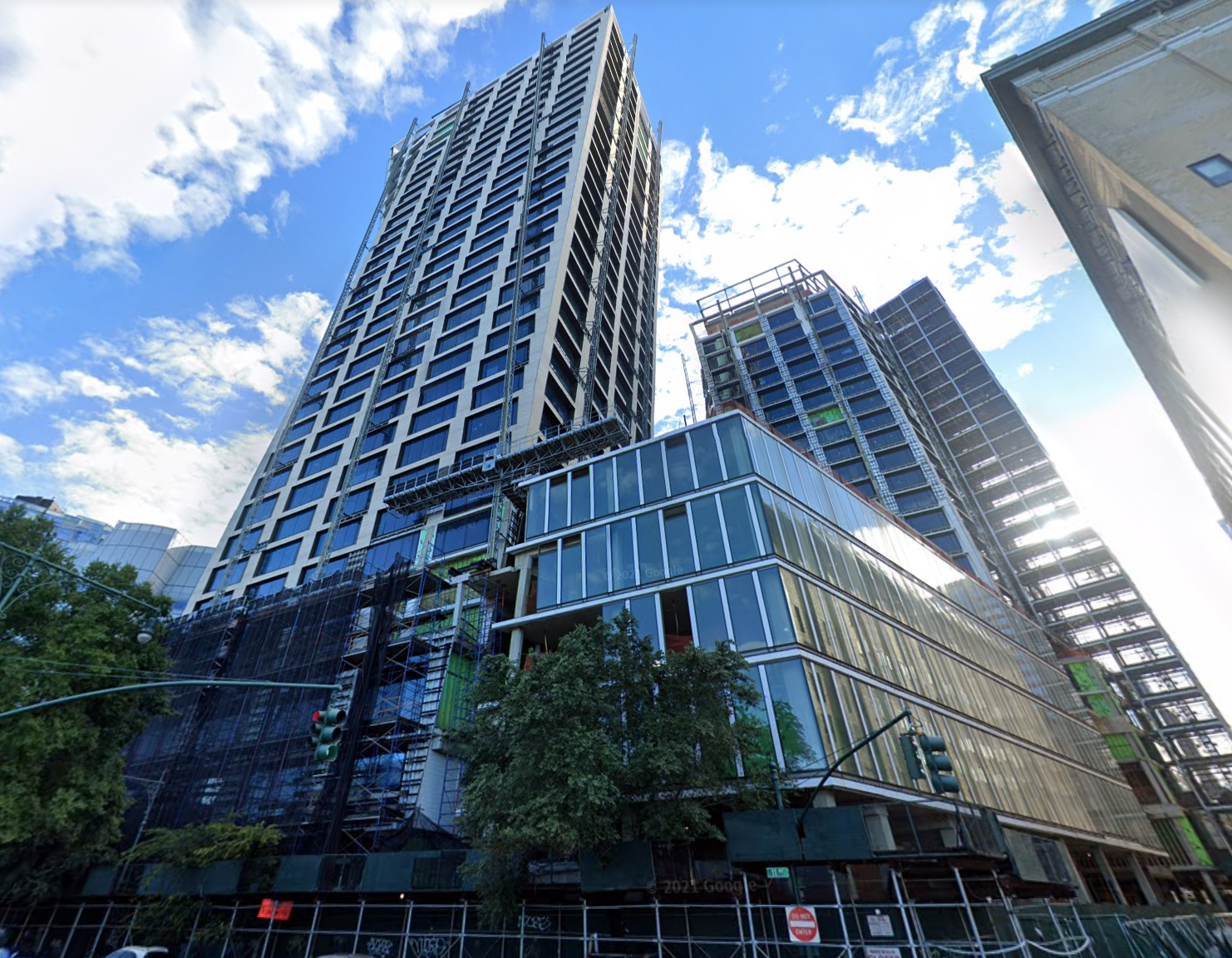 Currently, The XI stands topped out with most of its facade installed on the taller tower. When construction resumes, facade installation will continue for the shorter tower and interior work will proceed throughout the structure. The development was originally supposed to finish in 2019, but due to obvious delays, an updated completion date hasn't been announced yet. Nevertheless, with a unique design, and a prime location sandwiched between the Hudson River and the Highline, it's nice to hear that this project will soon be underway again. 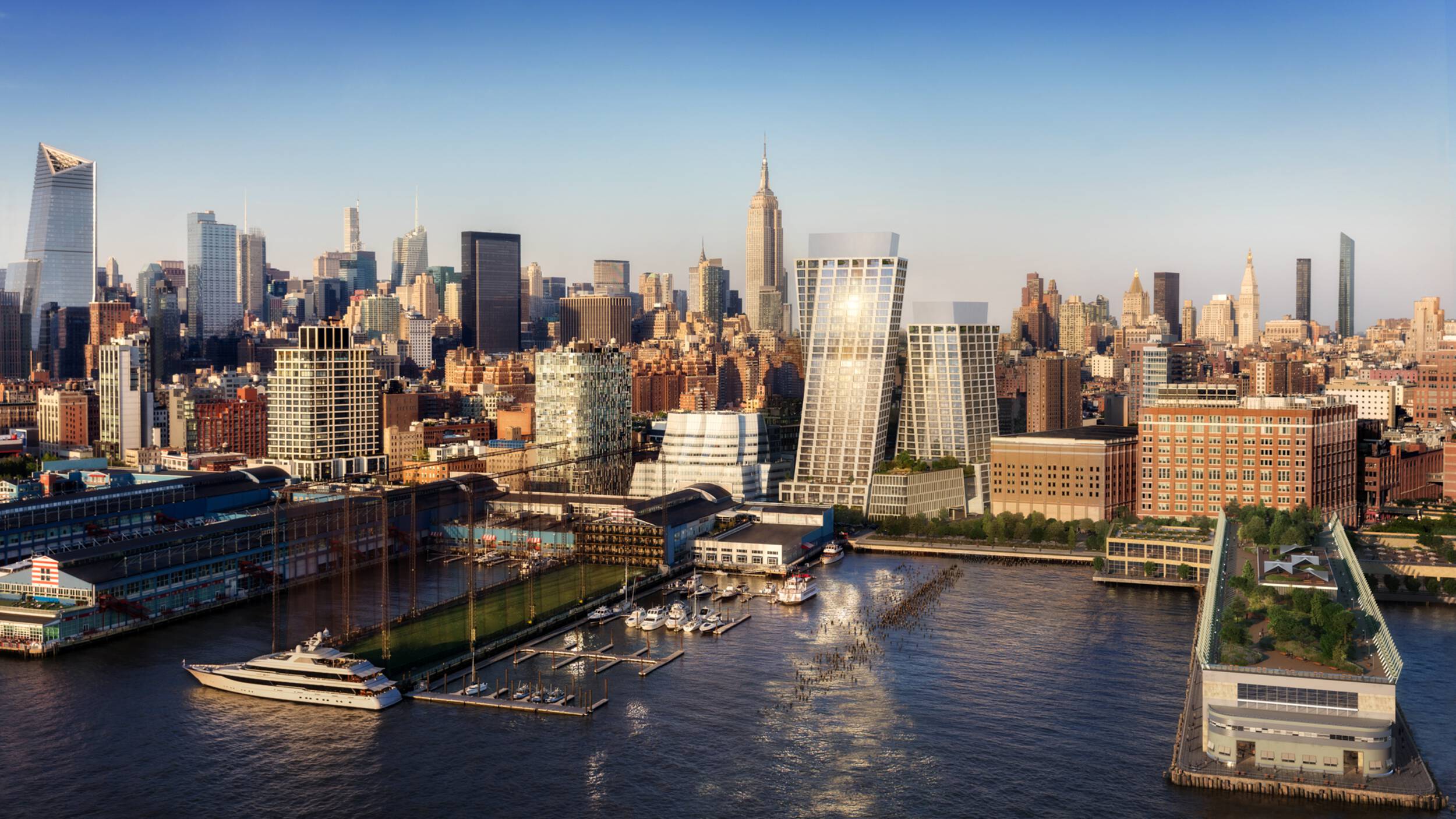