Construction is well underway at 1568 Broadway in Times Square; an address that will soon be home to a 470-foot tall tower known as TSX Broadway. Currently, the general contractor, Pavarini Mcgovern is in the process of adding floors to the superstructure, which will ultimately top out at 46-stories. A handful of organizations are involved in the project on both the development and design fronts. The developers include L&L Holding Company, Fortress Investment Group, and Maefield Development, while the architectural team consists of Mancini Duffy, PBDW, and Perkins Eastman. 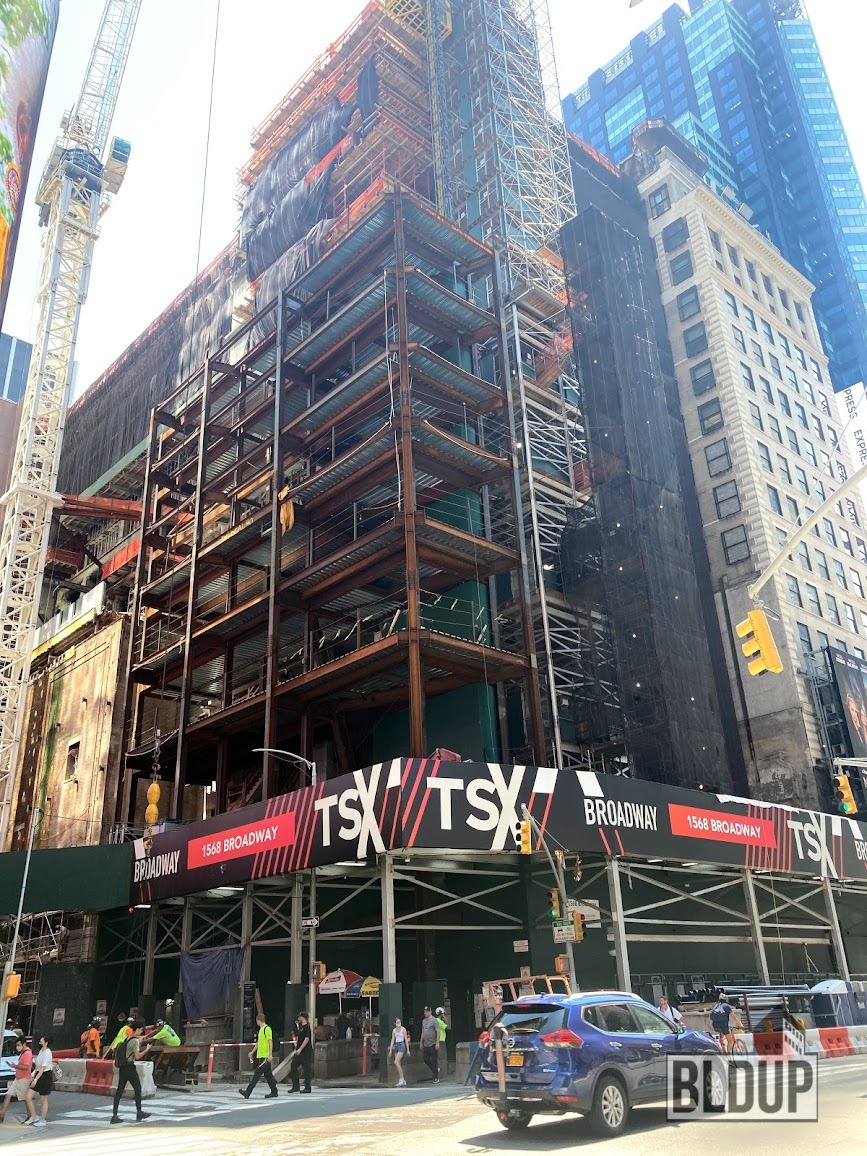 TSX Broadway is a mixed-use development with an impressively versatile design. It will primarily contain a 669 room hotel, providing guests with unparalleled views of Times Square, but by no means does it stop there. The 550,000 sqft building was specifically designed to provide over-the-top experiences that define and play to the strengths of Times Square. It will have 75,000 sqft of retail, 30,000 sqft of restaurant space, outdoor terraces, and a permanent outdoor performance stage overlooking the center of the universe below. The entire structure will be dressed in LED lights and advertising screens, which will increase the brightness of the area at night. 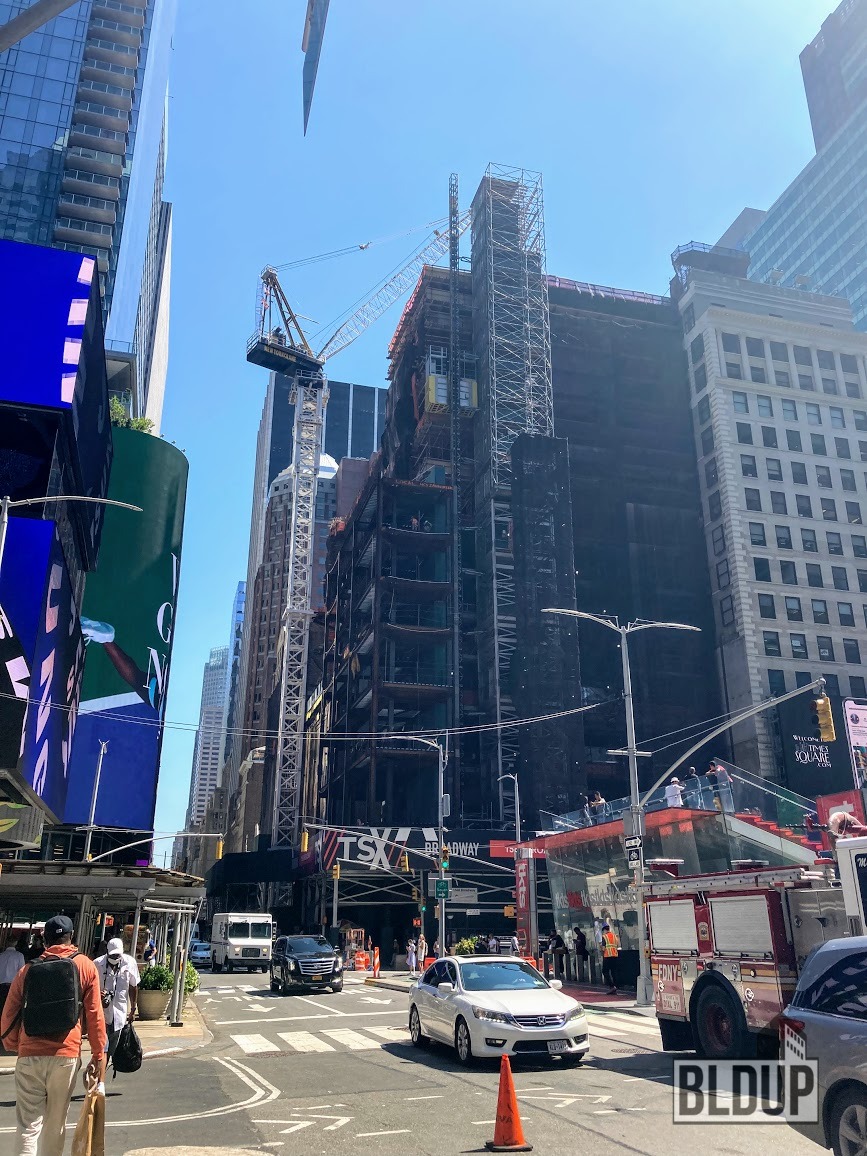 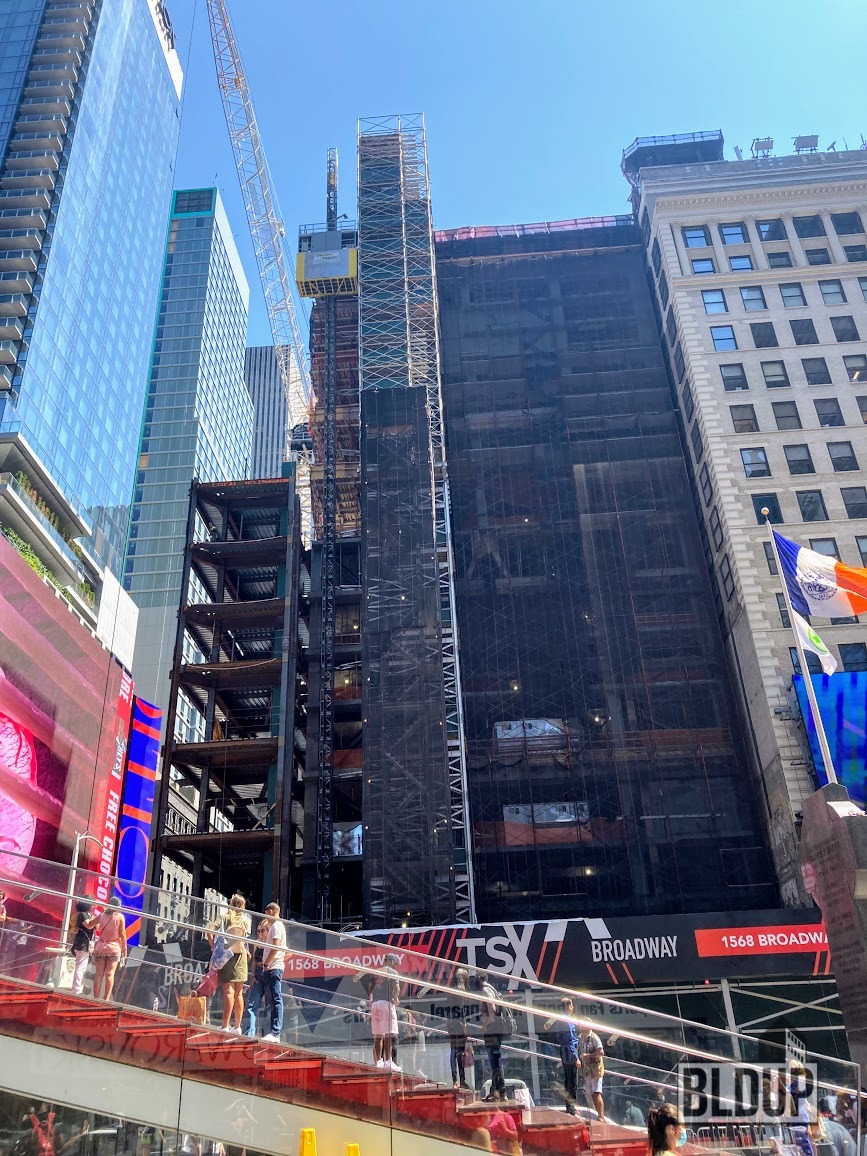 One of the aspects that makes this development so unique is the engineering involved. The previous structure, a former Hilton Hotel was only partially demolished because it contained the iconic, Palace Theater. As part of the project, the theater is undergoing a $50 million renovation, and it will be raised approximately 30 feet using a hydraulic jacking system. The brick walls of the theater can actually be seen from the street, surrounded by the new steel framework. 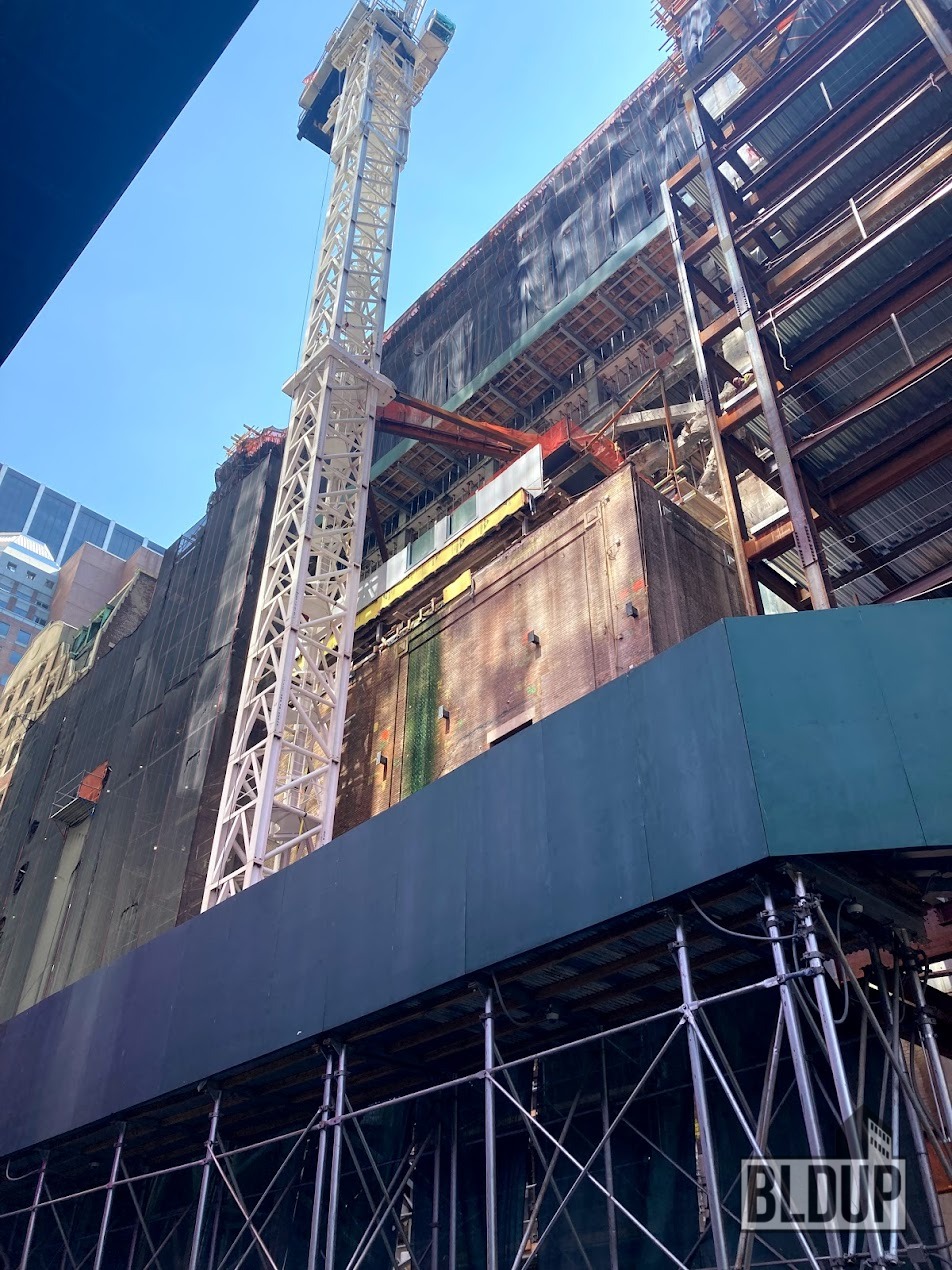 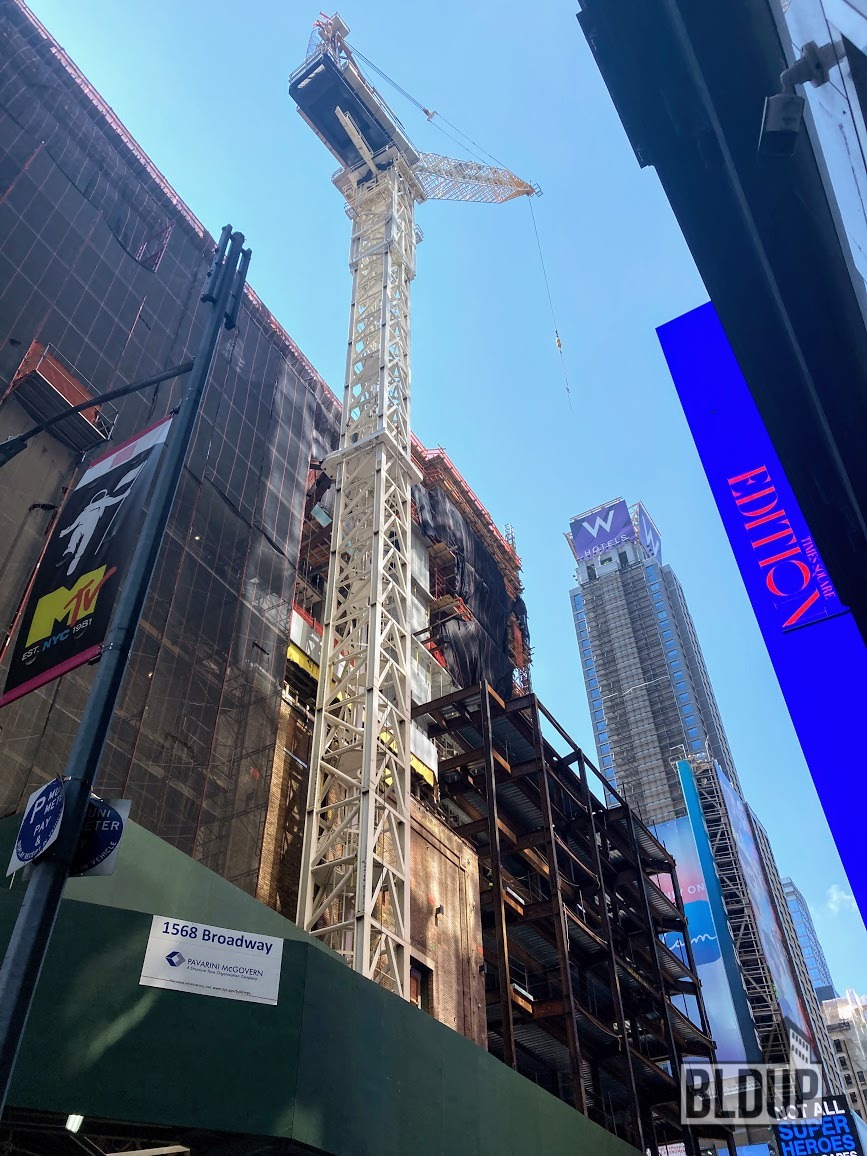 As the building continues to rise upwards, work is also being done on the substructure levels. An uncovered section of the ground floor reveals all the work being done in the multi-story basement. It appears that special platforms had to be constructed to support the heavy machinery operating in this part of the site. 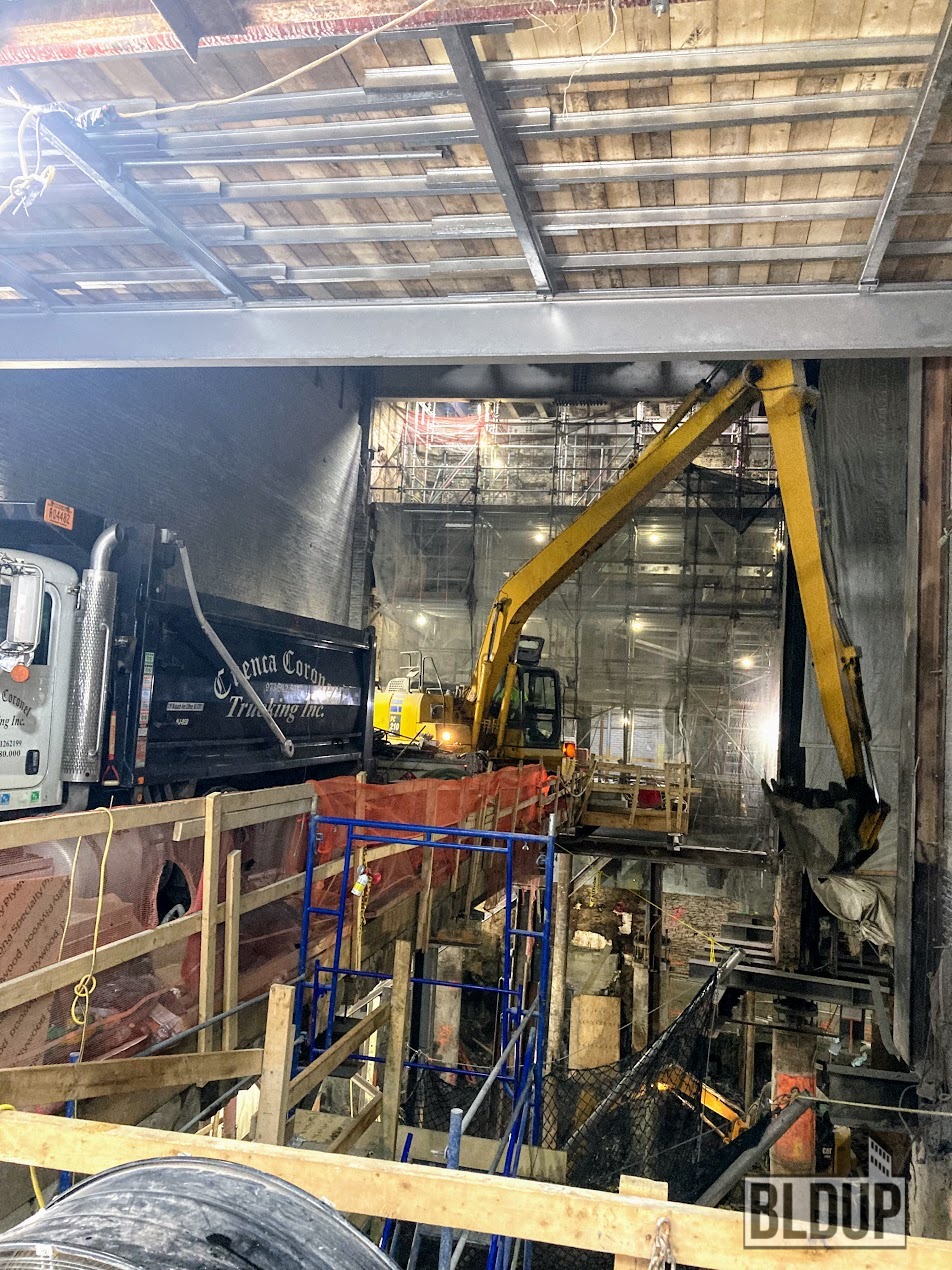 It also appears that a preparation area has been set up for steel deliveries on the street.  This may be due to the inevitable space constraints that come with building in a dense urban area. 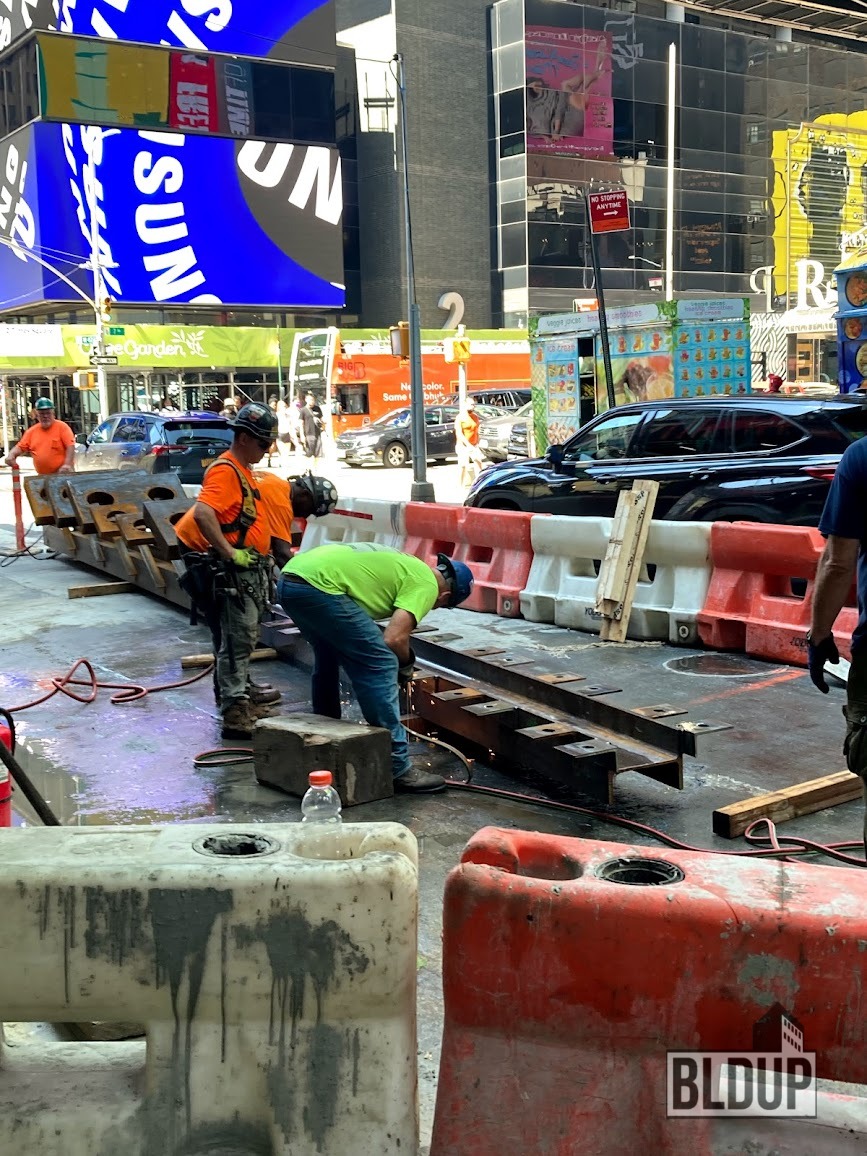 TSX Broadway is expected to incur construction costs of approximately $2.5 billion by the time the tower completes in a couple of years' time. With that said, projections point towards 10-15 million guests, shoppers, and visitors every year, meaning it'll likely be money well spent. 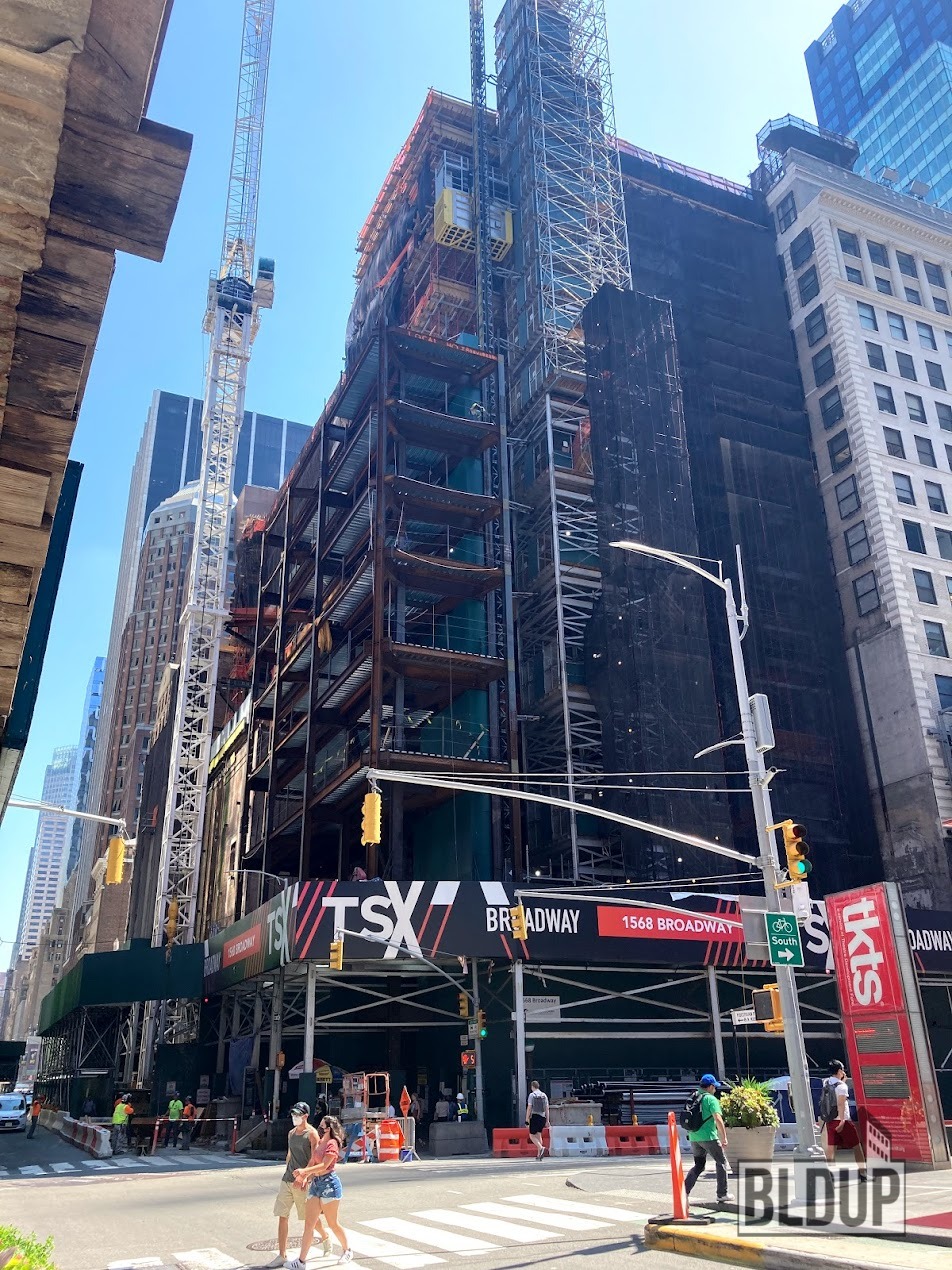