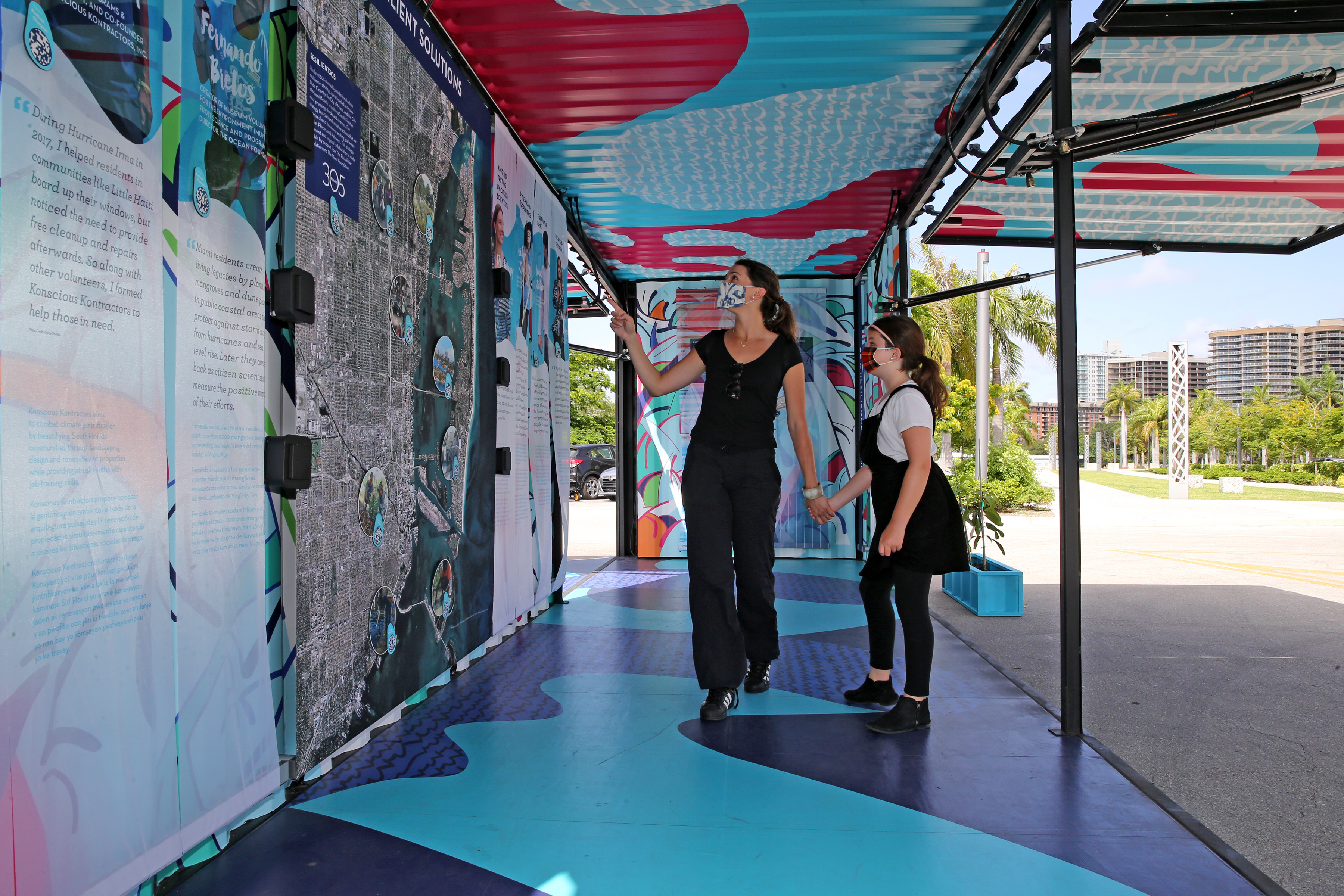 In a time when people are constrained by strict geographic boundaries, we are searching for architectural designs that are not limited by physical space. We have proved before that architecture does not need to be bound to spatial definitions to be successful; indeed, several of our projects have seen success because of their lack of boundaries. Design that forgoes boundaries may be even more meaningful now because it does not constrict peoples’ physical spaces and allows well more than six feet in-between users who can all still enjoy the same design at the same time.

Over the course of several experimental projects, we’ve found that design with these kinds of fluid boundaries is possible in at least four different approaches: 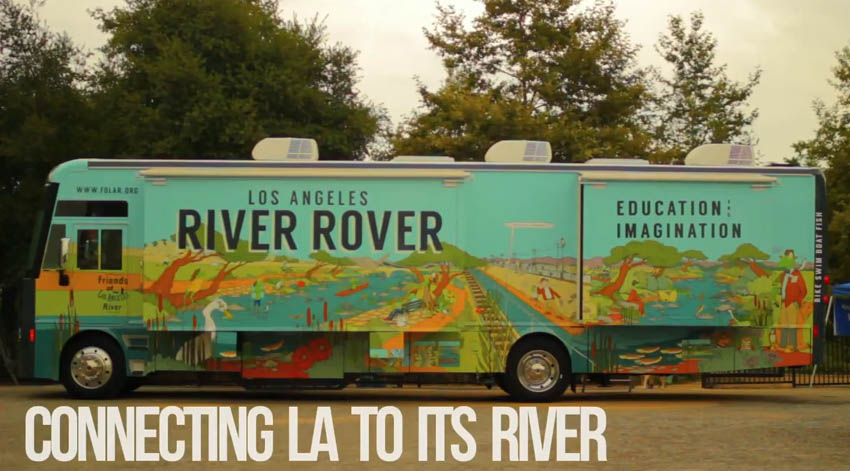 Mobile design is not new, though, it is not yet utilized to its fullest potential. When we apply this approach to architecture, we end up with something as sensible as a traveling exhibit on wheels, such as the US Fish and Wildlife Sylvio Conte exhibit that traveled around the Massachusetts region educating visitors about the regional watersheds, or our previous Friends of the LA River project that also traveled to various neighborhoods in Los Angeles. We may also find more stationary modules that collapse, fold, and unfold in a new location every week to serve a new audience – much like one might use a tent during a backpacking trip. Our extensive work with the Boston Children’s Museum included a traveling exhibit, Five Friends from Japan, that could be packed away and unpacked at the next venue for a new audience to enjoy.

This approach is simple and low cost; a single structure that serves several users in several locations. However, it can only occur in one location at any given time. 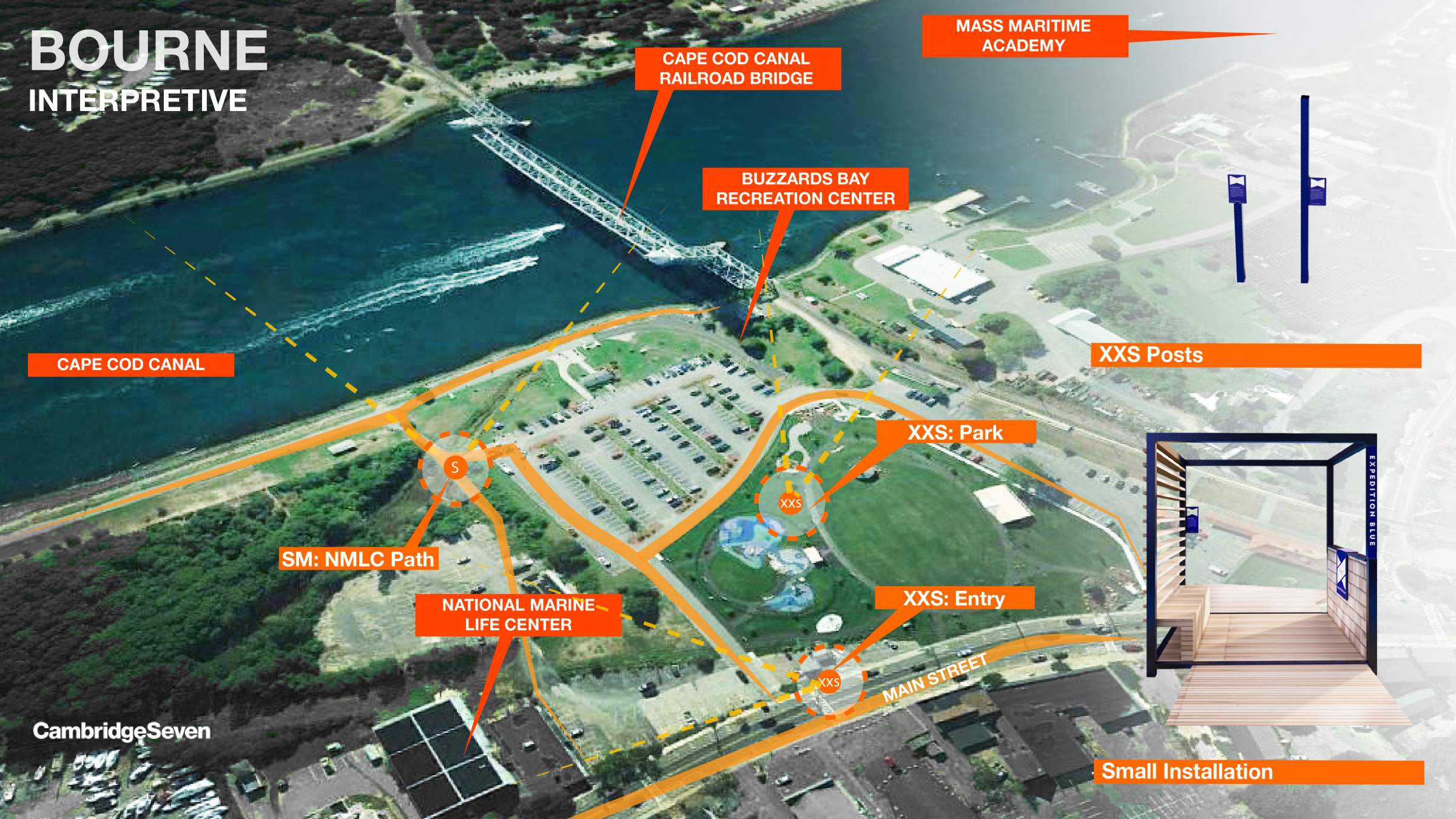 In contrast to a single design that only exists in one place momentarily is design that appears in several locations at once through a Regional Series. Perhaps one of the most well-known Regional Series is the installation of red follies at Parc de La Villette.

The Regional Series approach is commonly used for exterior design interventions. A major advantage here is the nearly limitless scalability. At the Gloucester Harborwalk, a series of installations guides users along a mile and half-long path with each successive element visible from the current one at which the user is positioned. Projects like this might be considered a form of wayfinding. In the case of the Gloucester Harborwalk, users can enjoy the entire series in a matter of an hour or two. However, a Regional Series may be applied to a much larger scale. For instance, our new design for the Cape Cod Chamber of Commerce’s initiative to educate visitors about the history of Cape Cod calls for a series of modular structures that will be positioned in multiple towns several miles apart. Each installation will share similar information with a cohesive aesthetic but each installation will be specific to its own town and immediate surroundings, providing specific view ports to direct users eyes and movement. Within this series, deemed Expedition Blue, distant users spread across the entire region of Southern Plymouth county can simultaneously enjoy an architectural design in person but not together. 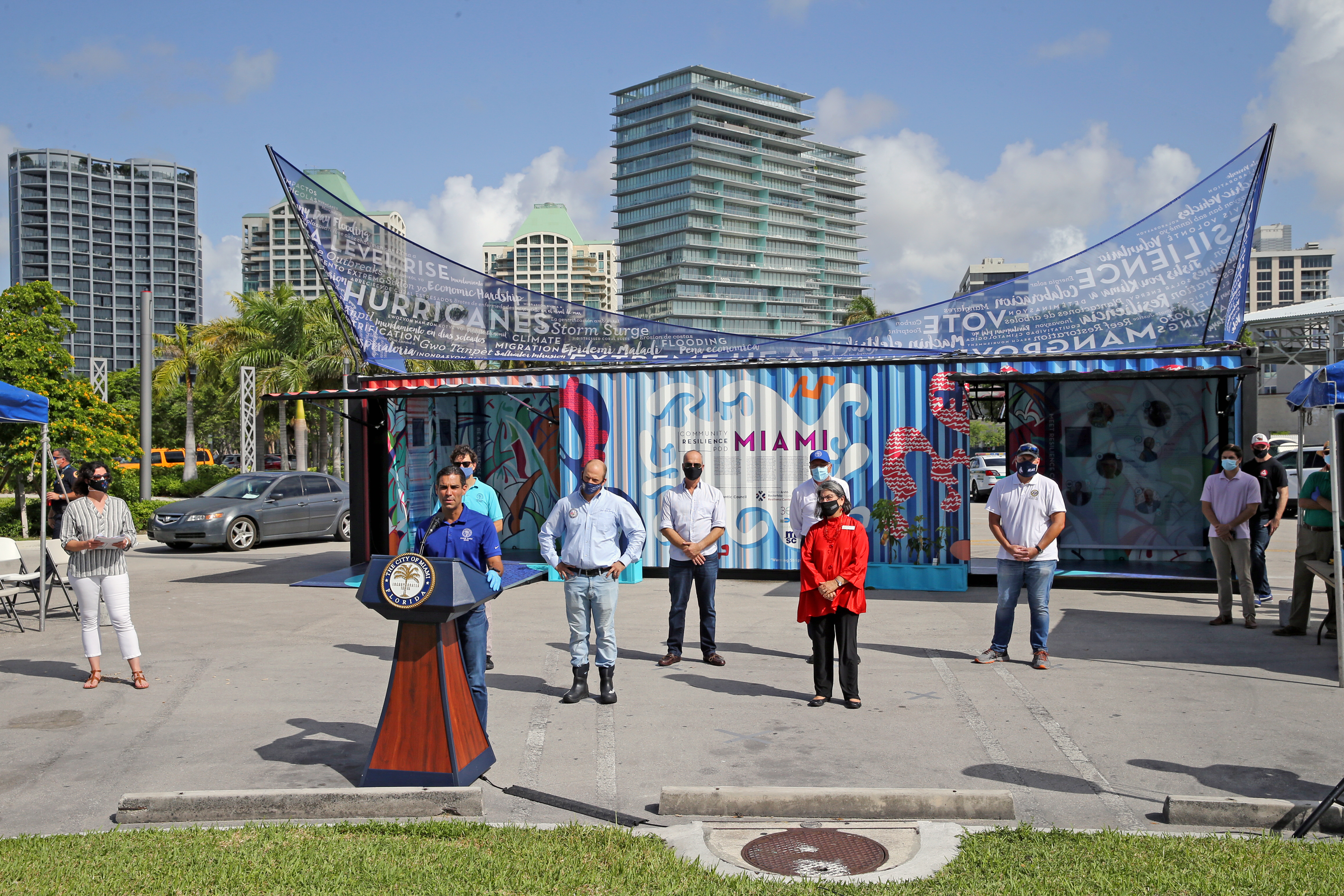 A slightly different approach is the Global Prototype. This method also calls for multiple design occurrences at various locations but does not demand that they occur at the same time.

Major components of this design only need to be established once – creating the design prototype. From there, the initial prototype can multiply and be sent to any location around the world. As is the case with our design for the Atlantic Council’s Community Resilience Pod, a shipping container becomes prototypical with specific fenestrations, technology integrations, and shading devices. After these major design moves are complete, its content is distilled for a very specific audience in a very specific location like - in the case with the first Pod – Miami. This pod displays important information to the citizens of Miami-Dade County about their climate, natural and city resources, local economy, and urban trends. This kind of content can be distilled for any city in the world, applied to the prototype, and deployed where its people need it most. The Atlantic Council anticipates placing future Pods in Athens and Paris using this approach. 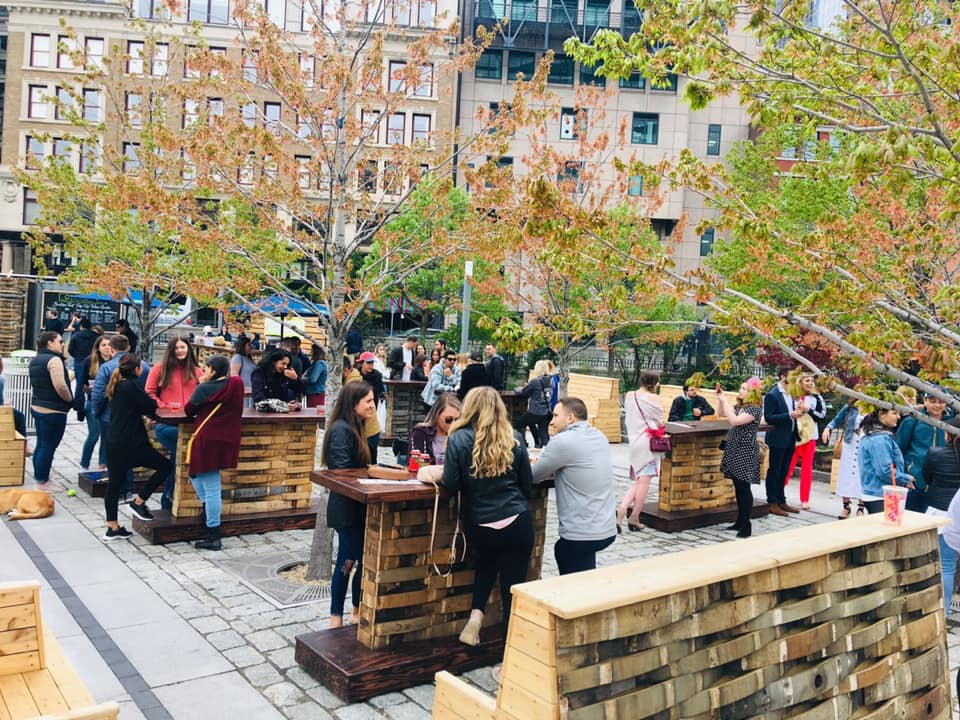 The term “tactical urbanism” has appeared frequently in design discourse over the past several years, and for good reason – it is a successful way to create enjoyable public spaces.

In the current social climate, we can turn to tactical approaches even more to create temporary, cost-efficient public spaces that also permit social-distancing. Beer gardens are some of the most popular social venues and are still evolving to appeal to a wider audience with safety in mind. The City Winery in downtown Boston, is a recent example we’ve worked with that literally has no walls. Because it occurs outside, the environment is not confined to the pavement on which it sits; visitors’ experiences are defined by a larger urban setting that includes the façade of South Station, the public art wall of Dewy Square, the sculptural T station entrances and, of course, popular food trucks – examples of Mobile designs.

Placemaking happens wherever the people are – they are the ones that define a space, not walls, or a roof.

As travel is limited and people are more warry to move outside a physical comfort zone, architecture can respond by extending its boundaries to where those people are. Architecture is no longer bound to the Primitive Hut; we have and continue to explore ways in which design can transcend spatial definition to better serve more people in more places. 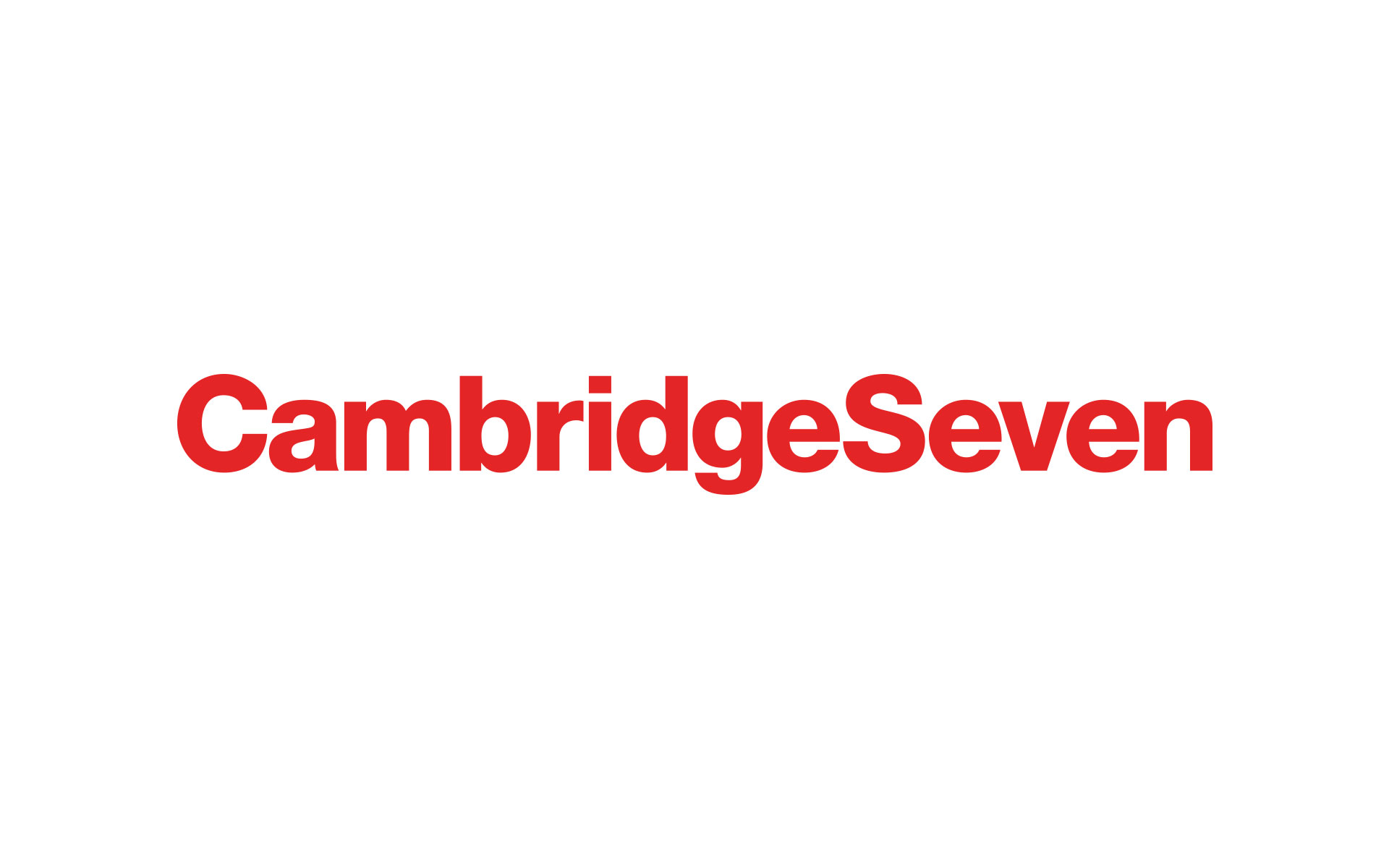 CambridgeSeven is a world-renowned architecture and design firm located in Cambridge, Massachusetts. The firm provides high-quality, fresh design solutions to complex challenges and specializes in the following categories: academic, aquariums, civic, commercial, exhibits, hospitality, and museums. Cambridge Seven has received numerous awards, including the National AIA Firm award, and has practiced throughout North America and in Europe, Asia, and the Middle East.

Mar 29, 2020
In the decades since the New England Aquarium set the bar for a new gene...
May 13, 2020
Traditionally, buildings and neighborhoods have been designed to separat...
Apr 23, 2020
At this point, we’re all well acquainted with how to run a virtual meeti...
Jun 19, 2020
Today, with the new awareness regarding physical distancing in the wake ...
Jul 23, 2020
The hospitality industry will be forever transformed by the fallout of t...