Boston continues to experience its largest building boom in years. According to the Boston Business Journal, 2018 was a record-breaking year for local construction, with the Boston Planning and Development Agency (BPDA) approving nearly $7 billion in new developments. This trend does not appear to be slowing down; on any given day in Boston, there are more than 100 large construction sites within the city limits.

Looking ahead in 2019, and beyond, we’ve highlighted five developments that are changing the Boston landscape: 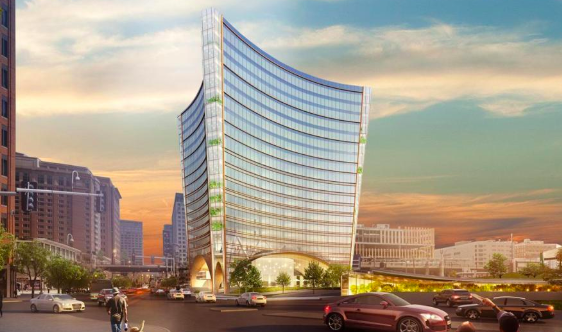 Construction will begin on Parcel A-2, located at 401 Congress Street in the Seaport District, within the next two years. The 18-story, 525,000 square foot office tower on a 1.1-acre plot will consist of a grand hall, civic spaces that will be used as innovation and cultural centers, and a performance venue.  Parcel A-2 will also include a rooftop park as well as a pedestrian bridge linking World Trade Center Avenue and Congress Street. The parcel is expected to be completed within four years.

One Dalton
Boston’s tallest and most luxurious residential building is expected to open this spring. The 61-story building features 160 residential units and a 215 room Four Seasons Hotel, along with a restaurant, pool, spa, and fitness center. The building, deemed the City’s next architectural landmark, is constructed primarily in glass, with the first four floors sheathed in Boston granite and scaled to complement the surrounding buildings. One Dalton is already being touted for its remarkable views of Charles River and Boston Harbor, as well as the Berkshires, White Mountains, and Cape Cod’s coastline. 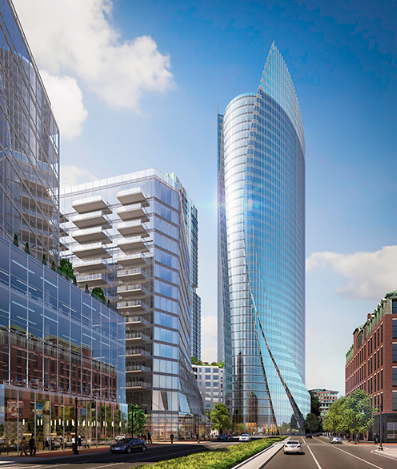 Located at One Congress Street, Bulfinch Crossing is a six-building project emerging from a 4.8-acre parcel in the heart of downtown Boston. Bulfinch Crossing consists of high-rise and mid-rise buildings featuring spectacular 360-degree views of Boston Harbor, the Charles River, North End, the Financial District, and Back Bay. In total, the project will contain 812 residential units, 196 hotel rooms, 1.15 million square feet of office space, and 85,000 square feet of retail. Construction is expected to begin this year, with Bulfinch Crossing opening in 2022.

Winthrop Square Tower
Winthrop Square Tower is on track to becoming the fourth-tallest building in Boston. The 52-story, 1.6 million square foot building will rise from the site of the previously city-owned Winthrop Square Garage. The tower will offer residential, office, retail, and dining space, including a great hall at the base of the building which will serve as a public space connecting the Financial District. The project officially broke ground this past October and is scheduled for completion in 2022.

Feb 26, 2019
According to the Congressional Budget Office, the five-week shutdown too...
Mar 21, 2019
The Green New Deal, is a popular topic of discussion which was recently ...
Jul 22, 2019
Investing in employees through education and training helps ensure conti...
Jul 19, 2018
As the summer heats up, many New England residents find themselves retre...