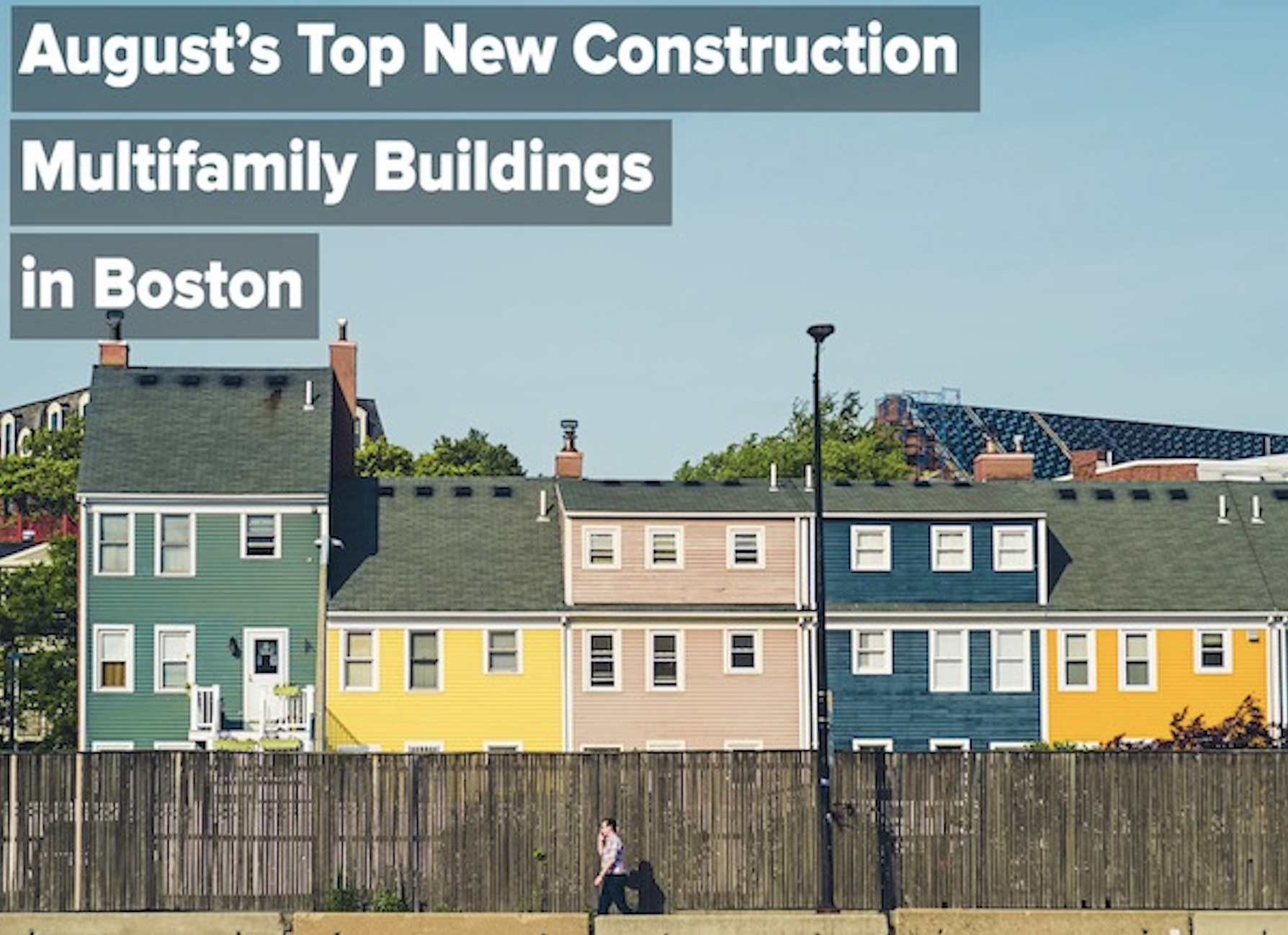 Below are BLDUP's most active* Boston-area new construction multifamily buildings as of August 2019. All of these buildings are either approved, under construction or recently completed. Each building contains either apartments or condominiums; a number of buildings are mixed-use and contain retail space.

Bulfinch Crossing is a 2.9-million-square-foot multi-phased development project that will replace the existing above-grade concrete Government Center Garage with six mixed-use buildings, a pedestrian-friendly streetscape and a public plaza on two appropriately-scaled urban blocks spread across approximately 4.8 acres. The West Parcel will include a 45-story, 480-foot-tall luxury residential apartment building at 100 Sudbury Street, which will be the first structure built. The Phase I tower will feature 368 apartments and 55 condominiums for a total of 423 residences. Learn more >>>

100 Shawmut is a 13-story, 138-unit residential project with a 980-square-foot ground-floor cafe which would be located at the intersection of Herald Street and Shawmut Avenue in the South End’s rapidly developing New York Streets neighborhood. The development would preserve and incorporate the street-facing facade of an existing six-story, 70,000-square-foot brick-and-beam South End office building, which would be partially demolished. Learn More >>>

Winthrop Center is a 53-story, 691-foot-tall tower that would replace a decrepit City-owned parking garage located in Winthrop Square in the heart of Downtown Boston. Across the $1.3 billion, 1.592-million-square-foot tower’s top 26 floors would be approximately 500 condominium residences, with approximately 750,000 square feet of commercial office space across 20 floors below. As part of the proposed project, 115,000 square feet of new affordable housing would be created, most likely in Boston’s Chinatown in collaboration with the Asian Community Development Corporation. Millennium would pay the City of Boston $166 million in order to acquire and develop the garage site. Learn more >>>

Washington Place will feature 140 residential units with 39,745 square feet of ground-floor retail space. Retail would be set along a pedestrian walkway with outdoor seating and plantings; Washington Place will include over 9,000 square feet of public outdoor space. Residential units will include 17 studios, 80 one-bedroom, and 74 two-bedroom apartments. 26 apartments would be designated affordable. Learn More >>>

Chestnut Place is an approved 15-story luxury apartment building that will feature 124 units and 4,000 square feet of retail located a short walk to the MBTA Red Line. Chestnut Place will be Quincy’s tallest tower and would have a steel structural frame. Apartments at Chestnut Place would include studios, one-bedroom, and two-bedroom apartments. Most apartments would feature 10-foot ceilings, with the top two floors featuring 12-foot ceilings. Learn More >>>

Longwood Residences II is an approved 6-story residential development featuring 115 new apartments. Apartments at Longwood II Residences would include 40 studios, 35 1-bedrooms, 10 1-bedrooms with dens and 30 2-bedrooms. 15 apartments at Longwood II Residences would be designated affordable including 5 studios, 6 1-bedrooms, and 4 2-bedrooms. Resident amenities would include a club room, a meeting room, a fitness center, a ground-floor outdoor courtyard, and a roof deck. Learn more >>>

One Dalton consists of 712,500 square feet of residential, hotel and retail space. One Dalton's upper floors contain 180 private luxury condominium residences. Below the residential units is a Four Seasons luxury hotel with 215 rooms. Building amenities include a lap pool, a fitness center, a salon with manicure, pedicure and hair styling services, a private yoga and pilates studio, a golf simulator room with a wet bar and a private theater room, and more. Learn more >>>

10. The Residences at Forest Hills