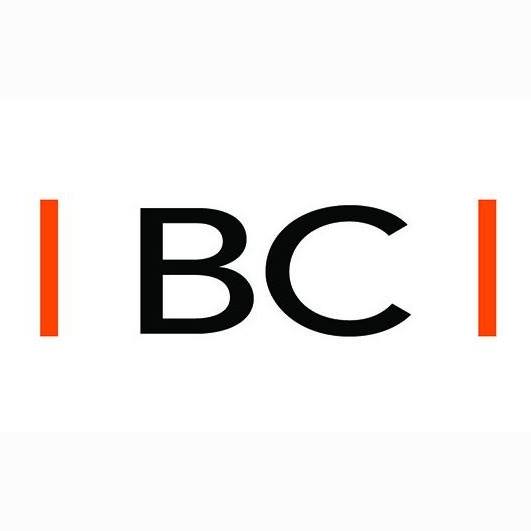 Beacon is a privately owned real estate firm that develops, acquires, invests in, and manages a wide range of multi-family housing. Our portfolio includes affordable housing, market rate housing and mixed income-housing. Our developments range from new construction, to historic adaptive reuse, to the renovation of existing housing. We take on challenging developments and make them succeed. Our driving passion is to create well-designed, healthy homes that improve the quality of life of our residents and enhance the neighborhoods in which they are located.

Wood Framing Underway for Old Colony Phase III With concrete cores in place, wood framing has now started for the third phase of the Old Colony redevelopment in South Boston. The project will create 4-new buildings in total to include 301 affordable apartments. All buildings will have townhouse-style direct entry apartments on the first floor.

PNF Filed for Renovations To The Lenox Apartments in Roxbury  Beacon Communities has filed a Project Notification Form for large scale interior and exterior renovations to the Lenox Apartments in Roxbury. The affordable housing development which was originally built in 1939 features 285 units across 12, three-story buildings. The renovation will include restoration and repair to the exterior masonry, windows, and roofs as well as maintenance and improvements to the open space and landscaping on site plus extensive improvements to the interiors of the buildings to improve the quality of life for the residents.e for the residents

288 Harrison Ave. Project Now Under Review The proposed affordable housing development at 288 Harrison Avenue is now under review. The 85 unit building would be located on the south parking lot of the Tai Tung Village residential development. All 85 units would be designated affordable and the project would also include parking for around 40 cars.

Affordable Housing Development Financed for $47.05 Million The Old Colony Phase III affordable housing development in South Boston has been financed for $47,051,153 via Mass Housing, Boston Housing Authority, and BlueHub Capital. Phase Three of the redevelopment of the Old Colony Housing Development in South Boston. Plans call for the demo of the eight existing residential buildings comprised of 250 units to make room for four new buildings to feature 301 units.  The construction of the new apartments that will be undertaken in three sub-phases. The new four-story residential buildings will contain a total of approximately 347,000 gross square feet. All buildings will have townhouse-style direct entry apartments on the first floor.

Demo Kicks Off for Old Colony Phase III Demolition of the first four buildings, Phase 3A, of the Old Colony redevelopment is now underway. The four beings being removed included 115 affordable homes and will be replaced with 2 new construction buildings to feature 138 units. Phases 3B & 3C will also add affordable units to the South Boston project, and when complete the total unit count for Phase 3 will increase from 250 to 301. Construction on upcoming phases of the project is expected to kick off later this year and into 2020. All new buildings are designed to integrate into new construction already complete on Phases 1 & 2 of the development.

North Square at The Mill District

Interior Finishing Wrapping Up for North Square at The Mill District: First Residents to Move in This Month Final touches are wrapping up for the first units at North Square at The Mill District in Amherst with first residents expected to move in later this month. The two-building project will feature 130 apartments, one, two, and three bedrooms. around a new public square. Community amenities will include a Pooch Park, Zen Den, Fitness center, and outdoor recreation area.

LOI Filed for 85 Unit Affordable Housing Project in Chinatown The Chinese Consolidated Benevolent Association of New England and Beacon Communities have filed an LOI for the property at 288 Harrison Avenue in Chinatown. The proposed six-story building would include 85 affordable rental units along with parking for 40 vehicles. The building would be built on the south parking lot of Tai Tung Village residential development. All of the units will be rented to households earning 60% or less of the area median income.

Beacon Communities Completes $13M Renovation at Chatham West in Brockton Chatham West celebrated the early completion of renovations to a 570-apartment affordable housing development whose residents can also count on their homes remaining affordable for another 10 years, thanks to a public-private partnership between MassHousing and owner Beacon Communities. Beacon Communities started the $13 million renovation last year.  Substantial renovations to the building exteriors and apartment systems were completed two years ahead of schedule – in one year rather than three.  At a ribbon-cutting on the property, which was originally built in the early 1970s, MassHousing Executive Director Chrystal Kornegay praised both Beacon’s work and the joint financing arrangements that will keep the large development affordable. “Today is a great day for the residents of Chatham West, who not only had their affordable rents preserved for the long term but who are now enjoying the benefits of many improvements to the property,” said Kornegay. “Beacon Communities worked diligently to complete a complex financial transaction that ensured Chatham West’s tenants would still be able to live and prosper there. We commend Beacon for their commitment to preserving the affordability for the residents of Chatham West.” Beacon Communities CEO Dara Kovel hailed the financing partnership with MassHousing that provided $11.5 million in loans that made it possible to not only stabilize the property but also preserve the affordability of all 570 units for at least the next 10 years.  She also thanked Walked & Dunlop and Fannie Mae, which provided new first mortgage debt in this complex transaction.   Kovel said the improvements were vital to the quality of life for residents of the development, and she congratulated the Beacon team on finding ways to speed up the work. It included replacing siding, windows, doors, roofs, boilers, and other major systems, in addition to updating the community center and on-site offices. Brockton Mayor Bill Carpenter said, “We are very happy to support renovations to the Chatham West Apartments by committing $400,000 of Brockton’s Federal HOME funds to this important project. Beacon Communities has been a great partner to the City, providing an accessible, age-friendly and socially inclusive environment. It is our hope that these improvements have a lasting impact on the quality of life for these residents.”

North Square at The Mill District

Preleasing Begins for North Square Apartments at The Mill District in Amherst With the expected opening of first units this summer, preleasing has started for the apartments at North Square at the Mill District. The project will feature 130 apartments, a mix of one, two and three bedrooms with rents ranging from $1950 through $3175. Resident amenities will include a fitness center, outdoor picnic and grilling gardens, and Pooch Park. The building is located near UMass and Amherst Center.

Beacon Communities Names New CEO  Dara Kovel succeeds Pam Goodman Beacon Communities, a national leader in affordable and mixed-income housing development and management, has named Dara Kovel its new CEO. Kovel joined Beacon in 2015 as the President of Beacon Communities Development and succeeds Pam Goodman in a female-to-female leadership transition rare in the industry nationally.  Goodman is retiring after over 20 years of helping to grow Beacon Communities into a large, nationally recognized and diversified multifamily owner/developer, recognized for quality work, its commitment to employees and residents, and for creating a culture of engagement. She will continue to consult with Beacon on a part-time basis. “Obviously, we have worked exceptionally hard to create a great company and I am confident that Dara will continue to focus and expand on what has made us successful.” Kovel said she hopes to further Beacon’s signature approach to creating quality living environments with programs and services that enrich residents’ lives.  “Beacon has created an exceptional track record for improving the lives of residents through creation of quality housing and exceptional property management.  I am thrilled to be leading the company into its next era,” said Kovel. Kovel, a native of New Haven, Connecticut, started her career in California with the non-profit Mercy Housing, led by Sisters of Mercy.  “At Mercy I developed my belief that housing is a human right, like food, health care and education,” Kovel said. “This is where the policy and resource conversation should start.” Kovel came to Beacon from the Connecticut Housing Finance Authority, where she ran the multifamily and single-family lending and tax credit allocation divisions. She had returned to the East Coast to earn an MBA at Yale University, where she also earned her undergraduate degree in English. She also had worked for Jonathan Rose Companies, a New York real estate development and investment company. Kovel lives in Brookline, MA with her husband and 14-year-old daughter and 12-year-old son. As President of Beacon’s development company, Kovel has been overseeing the management of major development projects including the recent phases of the redevelopment of Old Colony with the Boston Housing Authority, underway in South Boston, now known as Anne M. Lynch Homes at Old Colony; the rehabilitation of Quincy Tower in Boston; North Square, new construction on an old mill site in Amherst, Massachusetts; and Montgomery Mill, a historic rehabilitation in Windsor Locks, Connecticut. Beacon Communities owns a total of 65 properties in Massachusetts with 8,767 units. In Connecticut, they have 7 properties with 814 units.  More information is available upon request.

Phase III of Old Colony Redevelopment Approved The third phase of Beacon Communities and Boston Housing's rehab of the Old Colony Housing development in South Boston has been approved. Last week the BPDA approved the project which will replace 250 dated units with 4 new buildings to include 301 residences in total.  Phases One and Two of the redevelopment, which include 285 units and a community learning center are fully complete and reoccupied by residents.