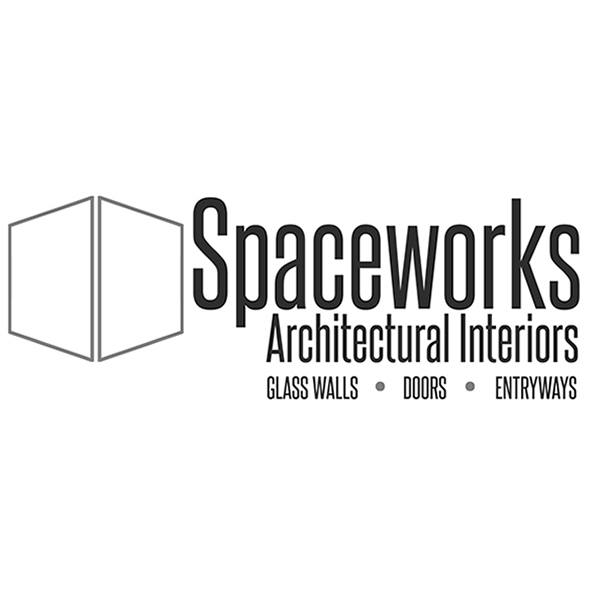 At Spaceworks Architectural Interiors, we know our glass. With a concentration on interior glazing, we have developed relationships across the globe with industry-leading fabricators and experts who are at the forefront of innovation in interior glass.

From partitioning systems to specialty glass, our product lines offer the ability to fit an array of project needs, creating aesthetic solutions for customized spaces.

$4M Plumbing Permit Pulled for The Track at New Balance With work continuing on steel framing, a $4M permit for plumbing install has been pulled by Valante Mechanical for 67-91 Guest Street in Boston Landing, The Track at New Balance. The Track will feature an indoor track as well as regulation hard court and turf field space and a separate warm-up track along with seating capacity for up to 5,000 spectators. The project will also offer a 3,500 capacity music venue in partnership with The Bowery Presents. Construction is expected to be completed in late summer 2021.

Steel Framing Underway for The Track at New Balance Structural steel framing is underway for The Track At New Balance in Brighton. The TRACK  will offer a pinnacle sports experience for athletes, as well as a concert venue with The Bowery Presents and a New Balance Athletics Sports Research Lab. Ground floor retail and foodservice will also be part of the project. Construction is expected to be complete by late summer 2021.

Site Work Ongoing for The Track at New Balance After officially breaking ground last month site work is ongoing for the next phase of development at Boston Landing, The Track at New Balance.  The TRACK will feature an indoor track as well as regulation hard court and turf field space and a separate warm-up track along with seating capacity for up to 5,000 spectators. Ground floor retail and foodservice will also be part of the project along with a 3,500 capacity music venue in partnership with The Bowery Presents. Construction is expected to be complete in late summer 2021.

NB Development Group Breaks Ground on The TRACK at New Balance The first day of April marked the groundbreaking ceremony for the TRACK at New Balance. The community and project officials were in attendance including Mayor Marty Walsh. The TRACK is the next phase of the Boston Landing Development and will offer a pinnacle sports experience for athletes, as well as a concert venue with The Bowery Presents and a New Balance Athletics Sports Research Lab.  The TRACK at new balance will feature a fast hydraulically-banked 200-meter indoor track as well as regulation hard court and turf field space and a separate warm-up track along with seating capacity for up to 5,000 spectators. Ground floor retail and foodservice will also be part of the project. The music venue, developed in partnership with The Bowery Presents will have a 3,500 capacity. The TRACK at new balance is being designed by Elkus Manfredi Architects and will be constructed by John Moriarty Associates. Construction is expected to be complete by late summer 2021.

Boston Celtics and New Balance Open “The Auerbach Center at New Balance World Headquarters"The 17-time NBA Champion Boston Celtics together with New Balance Athletics and NB Development opened the Auerbach Center at New Balance World Headquarters on June 19th as the team’s official practice facility. The 70,000 square foot structure at Boston Landing boasts best-in-class technology and equipment across strength and conditioning, recovery, sports science, and nutrition - each geared towards optimizing athlete performance.The Auerbach Center, or “Red’s House,” is the centerpiece of the wide-ranging initiative between the Boston Celtics and New Balance. The relationship includes a shared focus on performance, innovation and community give-back, and has its origins in a little-known but formative friendship between the patriarchs of the two Boston institutions.The bond dates back to the late 1970s, when Arnold “Red” Auerbach, then the President and General Manager of the Boston Celtics, served as a mentor to current New Balance Chairman, Jim Davis. The two entrepreneurial minds met regularly to share thinking on establishing winning cultures for their respective organizations. That spirit remains intact and informed every aspect of this collaboration.“The Auerbach Center will be the foundation on which future great Celtics teams will be built,” said Wyc Grousbeck, Boston Celtics Governor, and Managing Partner. “We are so glad to honor Red, the architect of Celtic Pride, in this way, and to work with New Balance to build this stunning facility.”“New Balance is extremely proud to join with the Boston Celtics in honoring Red Auerbach’s professional achievements and personal values of teamwork and integrity through the opening of ‘Red’s House’ at Boston Landing,” said Jim Davis, Chairman at New Balance. “Red Auerbach was a true entrepreneur whose passion for winning and dedication to the sport of basketball and the Boston Celtics was equally matched with his commitment to people and the Boston community.”“Boston Landing is a great example of successful collaboration between the private and public sector to expand development opportunities for the Allston-Brighton community,” said Governor Baker. “Our administration has been pleased to play a role in this area’s expansion and we look forward to seeing the Boston Celtics and New Balance open the Auerbach Center to honor Red Auerbach’s legacy and use the space to build leaders on the court and in the community.”“Red Auerbach’s legacy burns bright in Boston, and nowhere is that more evident than right at Red’s House,” said Mayor Walsh. “This new facility brings our Celtics home, so they won’t just be winning in Boston, but they’ll be training in Boston as well. I thank the Celtics and New Balance for making Boston a championship city, for earning the banners, for honoring Red’s legacy and putting an emphasis on community, making sure the spirit of the team also extends into Boston’s neighborhoods.”State-Of-The-Art FacilityThe 70,000 square-foot Auerbach Center is a striking addition to Boston Landing, cantilevered 55 feet in the air out to the edge of the Mass Pike and its hundreds of thousands of weekly commuters. It features a forty-foot glass wall that overlooks the practice courts and replicas of the team’s 17 NBA Championship banners. The comprehensive training facility has a wide range of features to optimize player performance, health, and recovery, as well as build team camaraderie, through the integration of: Two full-sized parquet floor NBA basketball courtsSports science lab and performance equipment, including floor-embedded force plates, and other systems for detailed player-performance data collectionExpanded strength and conditioning, training, and recovery facilities, including a 40-foot exercise pool, hydrotherapy pools, and a float tankMedical exam room with GE Medical Imaging and measuring equipmentSpecially attuned energy efficient GE lighting systemsFull commercial kitchen and nutrition facilitiesLeading edge audio-visual technology throughout the facilityBest-in-class players’ locker rooms, auxiliary men’s and women’s locker rooms, players’ lounge, and nap roomExpanded media workroom, press conference, and broadcast facilitiesFlexible hospitality area designed for community relations activities, partner gatherings and other guest eventsEnhanced workspace for the team’s coaching and basketball front office staffsCommitment to CommunityOne of the many shared values between the Boston Celtics and New Balance is a commitment to the community. In keeping with this joint mission, the Celtics worked with New Balance Foundation to renovate the basketball court at the West End House Boys & Girls Club in Allston. Celtics Head Coach Brad Stevens will lead a basketball clinic at the Club this Thursday, June 21 at 4:00 p.m. to celebrate the renovation. This is one of several community initiatives on which the organizations will collaborate.World Class CollaborationA project of such scale and significance can only be completed by a world-class team working in perfect collaboration. The following vendors made valuable contributions as part of this team: NB Development GroupElkus Manfredi ArchitectsJohn Moriarty & Associates General ContractorsBR+A EngineeringGELucinda Loya InteriorsErik Rueda DesignSMMA ArchitectsAECOM ArchitectsConnor Sports FlooringKenvo FlooringGoodwinPosternak Blankstein & Lund LLPCBRE (fka Transwestern)

Grand Opening Ceremony for The Auerbach Center at New Balance World HeadquartersOn Tuesday, June 19th, the Boston Celtics will unveil their new practice facility, The Auerbach Center at New Balance World Headquarters. The Auerbach Center is the latest dramatic element at Boston Landing — at 55 feet in the air cantilevered out to the edge of the Mass Pike. The Celtics’ new 70,000 square foot practice home is highly visible from the Massachusetts Turnpike with a forty-foot glass wall enclosing the practice courts that face the approximately 130,000 daily commuters.Wyc Grousbeck and Rich Gotham of the Boston Celtics, Jim Davis of New Balance Athletics, Jim Halliday, of NB Development Group, Governor Charlie Baker, and Mayor Martin J. Walsh will all be in attendance.

Bose beginning tenant fit-out of newly leased space at Boston Landing. Consisting of 98,000 square footage on levels 7-8-9 & 10 in the building,  new lighting and lighting control is being completed. Installation of new electric rooms on each level and new general purpose power wiring.  All heating and cooling equipment is already in place.