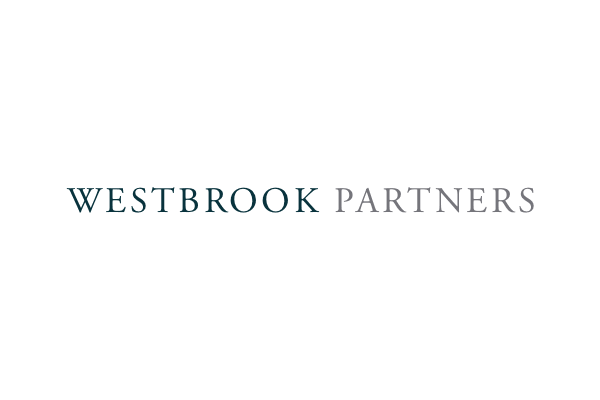 Westbrook's professionals have been among the world's most active and successful investors, having raised and invested more than $14 billion of equity in over $50 billion of real estate transactions in major markets throughout the world.

Westbrook's investment equity is committed by a broad, stable base of the highest-quality institutional investors, which includes public and private pension funds, endowments, foundations, and financial institutions. Westbrook has full discretion over all investment decisions.

Model Unit Now Open at The AberdeenPerched high on a hill along Commonwealth Avenue and taking architectural cues from its turn of the century neighbors in the Historic Aberdeen District of Brighton, The Aberdeen will be Brighton's next great iconic building. Elegantly designed and luxuriously finished, with a striking modern twist on an Art Deco style, there is simply not a higher quality building in the area. From the elegant common spaces to the interiors of the units, the design palette exemplifies the beauty of the building. Custom cabinetry, quartz counters, marble flooring, Grohe kitchen & bath fixtures, high end Jenn-Air appliances and Ann Sachs tile are just a few of the luxurious finishes that can be found in every unit. The exclusive Penthouse Residences feature upgraded finishes, including a Wolf and Sub Zero appliance package.

ABC IN OPPOSITION TO THE PROPOSED ALEWIFE MORATORIUMA statement written by a committee of ABC membersA moratorium on all development at Alewife is a moratorium on affordable housing, a moratorium on transit-oriented development, and a moratorium on an ecologically responsible future. It is fundamentally out of step with Cambridge values. Proposals for housing moratoria are often discussed or adopted in surrounding suburban cities and towns, and for the same reasons forwarded in this letter. We now join Brookline, Newton, Marlborough, Pembroke, among many others, as part of the moratorium discussion. Cambridge has been a leader in progressive solutions to affordable housing, the environment, and transit, and we cannot set a precedent by turning our backs on that legacy.Most importantly, this moratorium would have immediate and drastic impacts on affordable housing in Cambridge, aggravating issues of income inequality and social equity we pride ourselves in tackling as a community.- Homeowners Rehab Inc.(HRI), a Cambridge non-profit affordable housing developer will provide 98 low to middle-income homes right on Concord Ave.- 55 Wheeler Street could be impacted. This project will be the first private development to be built under our new 20% inclusionary zoning rules and will provide over 100 affordable homes. Not only would a moratorium prevent much-needed housing, but would also block many of the goals outlined by the moratorium petition.-In total this moratorium could directly stop 500+ desperately needed units of Cambridge housing. This includes 100+ affordable units and a mix of 1,2,3 bedrooms with homeownership opportunities that will allow families and young people alike to remain in Cambridge. Secondly, this moratorium will put a halt on ecologically friendly, transit-oriented development in Cambridge, and cause us to lose much-needed state funding to fix this congested part of our city.-The Wheeler St development will provide a landing space for a much-needed potential bridge that will connect the quadrangle to Alewife T station.  This bridge could complete and connect many biking and pedestrian routes in Cambridge. The developer has proposed infrastructure improvements, as well as greater connectivity through the creation of a completed street grid to alleviate congestion and traffic.  - Cambridge has an opportunity to secure state funding as well as priority funding through the MA Department of Housing & Community Development’s Housing Choices Initiative. This important funding could be used to help pay for a bridge connecting the quadrangle to the Alewife T station. The state will reject applications from cities and towns that have a moratorium on housing. We cannot miss this opportunity for increased mobility and connectivity in the Alewife area.- Some have argued that this area is too congested for new development. However, it is estimated over 80% of the traffic in this area originates outside of Cambridge. This development is close to multimodal transport options, and could even lessen traffic as people move in closer to jobs and transit options.  Residential development causes much less congestion that commercial development this partially replaces. Lastly, this moratorium would fail to set the highest standard for climate preparedness in Cambridge development and miss opportunities to remediate severely polluted sites.- The Wheeler development will provide significant flood mitigation and new open space for flood and stormwater runoff. Higher standards could even be proposed without scuttling the entire development- HRI is keeping all units and building resources above the 2070 flood elevation, as recommended by the City of Cambridge’s Climate Change Vulnerability Assessment.- The area being developed is currently contaminated soils and unused pavement. Development work would require remediation, rather than these toxins remaining free to infiltrate the floodplain. A moratorium on development in Alewife does nothing but prevent this community from confronting our housing, climate, and mobility challenges. We need investment in housing and mixed-use development to tear up pavement, insert green space, provide infrastructure, and build a resilient, diverse, and well-connected neighborhood. A moratorium is a step backward and does nothing but hurt our progress on some of the most important issues facing our city.

Window installation and facade weatherproofing underway at The Aberdeen luxury condominiums in Brighton Windows have been installed along large sections of The Aberdeen, a six-story luxury condominium development in Brighton built by Dellbrook | JKS, and the building’s facade is being weatherproofed and fireproofed in preparation for exterior finish installation. Partitioning of individual residences is underway inside the building, and installation of luxurious finishes within residences will begin in the coming months. The Aberdeen will feature 40 new luxury condominiums with 2,400 square feet of ground floor retail space. Pre-sales of condominiums at The Aberdeen, which will include 1-, 2- and 3-bedrooms, will commence this month, with one-bedrooms starting in the $600K range, two-bedrooms priced in the $800K range and three-bedroom penthouses starting at $1.2 million. The following are photographs of The Aberdeen:

Over 500 apartments proposed at 55 Wheeler Street in Cambridge, minutes from Alewife Station Redgate and Westbrook Partners propose to construct three new buildings containing 526 apartment residences across six acres located minutes from Alewife Station in Cambridge. Residences would include studios, one-bedrooms, two-bedrooms and three-bedrooms; 111 residences would be designated affordable. 55 Wheeler Street would be built to LEED v4 Silver sustainability specifications and include amenities such as two on-grade courtyards, one of which would feature a pool deck, and a third elevated courtyard. A new 30,000-square-foot public park would be constructed as part of the project. The City of Cambridge is now reviewing Redgate and Westbrook’s proposed project plans.

Pricing and renderings revealed for The Aberdeen luxury condos in Brighton Residence pricing and renderings and have both been revealed for The Aberdeen, an upcoming 40-unit luxury condominium building built by Dellbrook | JKS in Brighton, in advance of the start of pre-sales in September. One-bedroom residence pricing will start in the $600K range, with two-bedrooms priced in the $800K range and three-bedroom penthouses starting at $1.2 million. The latest renderings of The Aberdeen are posted above. The Aberdeen will feature desirable resident amenities, including a fitness center and on-site parking. 2,400 square feet of retail will be located on the building’s ground floor.