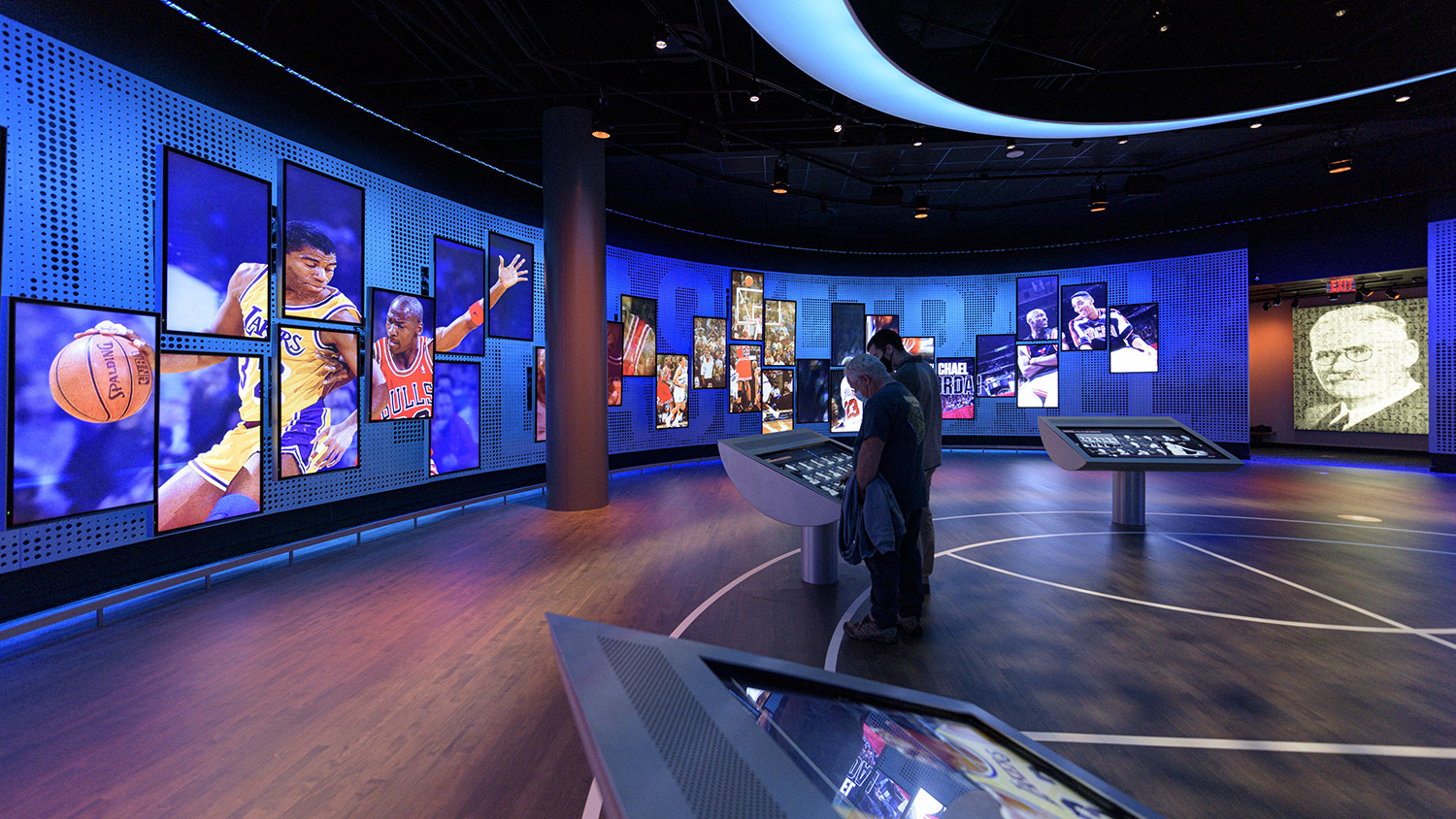 Celebrating the outstanding achievements and legacy of NBA and the game of Basketball around the world, CambridgeSeven has completed the design for the exciting and unique re-imagining of the iconic Naismith Memorial Basketball Hall of Fame in Springfield, MA.  Revitalizing this 40,000 sf museum was a multi-phased design effort that spanned four years and CambridgeSeven engaged in extensive planning with the Hall in order to allow the museum to remain open for daily operations and special events. The Hall, CambridgeSeven and a team of talented consultants worked closely together conducting a series of visioning workshops to develop a master plan and a narrative for a highly immersive and educational experience. The renovation project was developed over three phases culminating with the grand re-opening in May of 2020.  The design work entailed both architectural modifications throughout the building as well as a full redesign of the visitor’s exhibit experience.

Beginning with the dynamic new Tip Off Pavilion exhibit in the Main Lobby, the focus of the gallery is a celebration of the stars of the game with large scale interactive “Lockers” that capture the beauty and impact of the Hall of Famers.  Visitors then experience the exciting new Nike Theatre featuring an energetic signature film about the history and majesty of the game.  The film begins with a rare recording from James Naismith himself describing the seminal moment of creating the game. From there visitors are launched on a sports museum experience like none other. Taking the elevator to the top of the museum, visitors are transported to a gallery called “High Above Center Court” where they can enjoy interactives that include hands on experiences like Measure Up and Imprint on The Game as well as immerse themselves in the exciting stories and artifacts of key moments and players displayed on heroic pylons circumventing the mezzanine gallery.

As the visitors descend from the mezzanine, they are taken on a wonderful journey that begins with the 1891 gallery celebrating James Naismith and the birth of the game in Springfield MA. From there, fans are immersed in a series of galleries that include interactives, artifacts, media and stories about how the game spread around the globe as well as great moments, players, coaches and fans of the game.  The exhibit journey culminates in the spellbinding Hall of Honor – a sacred space that celebrates the most influential participants of the game, honoring Hall of Famers with both a unique digital tapestry as well as with reverential glass pylons ultimately leaving visitors with an emotional  and lasting memory of this amazing sport.  Finally, fans are led to Center Court itself which has been entirely renovated with a new refinished court surface, dynamic lighting, and sound scape.  This is where the real action is as fans can test their basketball skills, shooting from the 3-point as well trying Slam Dunk interactive with their friends and family.  The new Basketball Hall of Fame has everything a fan of the game could want in a state-of-the-art, immersive sports exhibit experience! 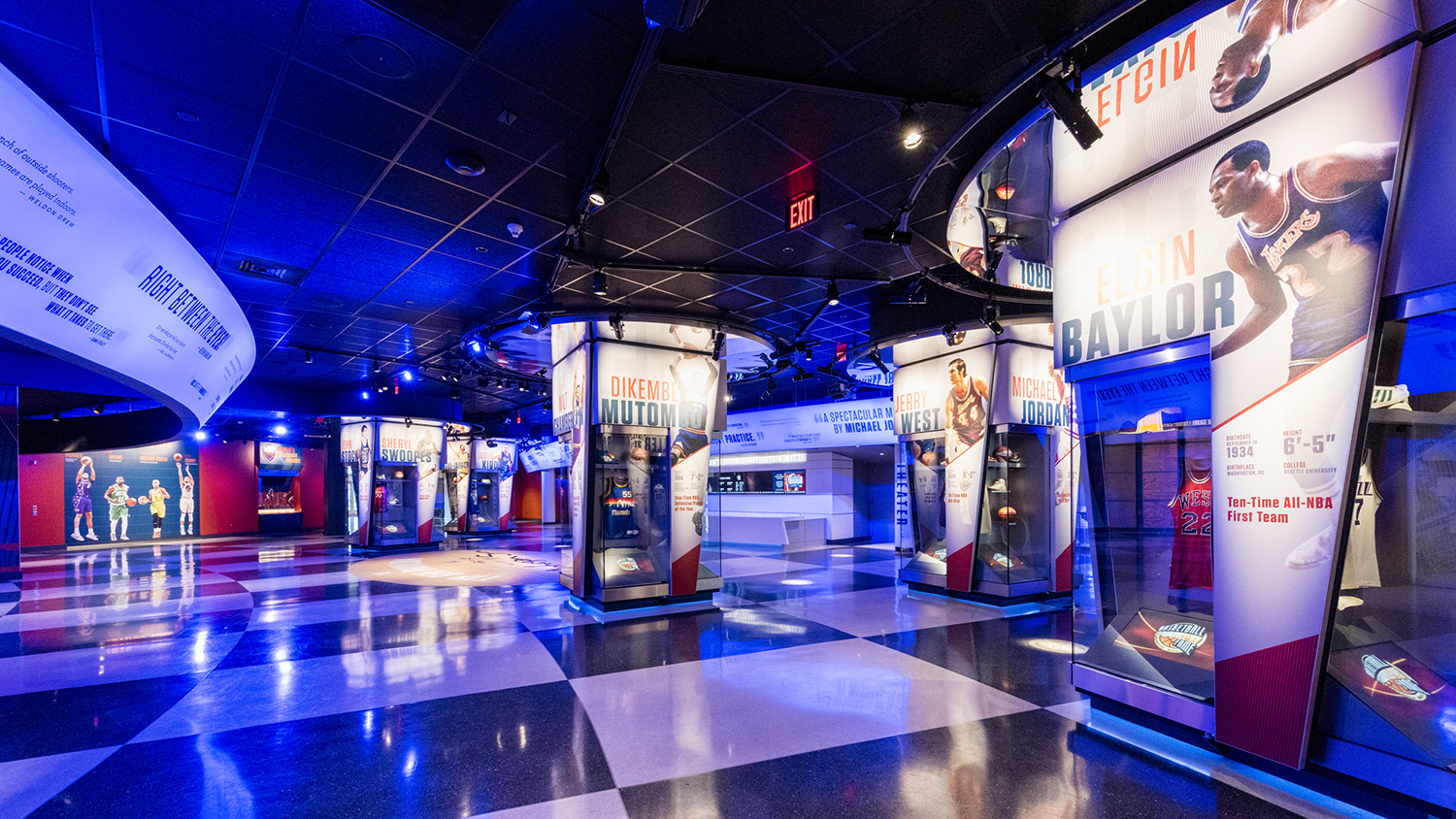 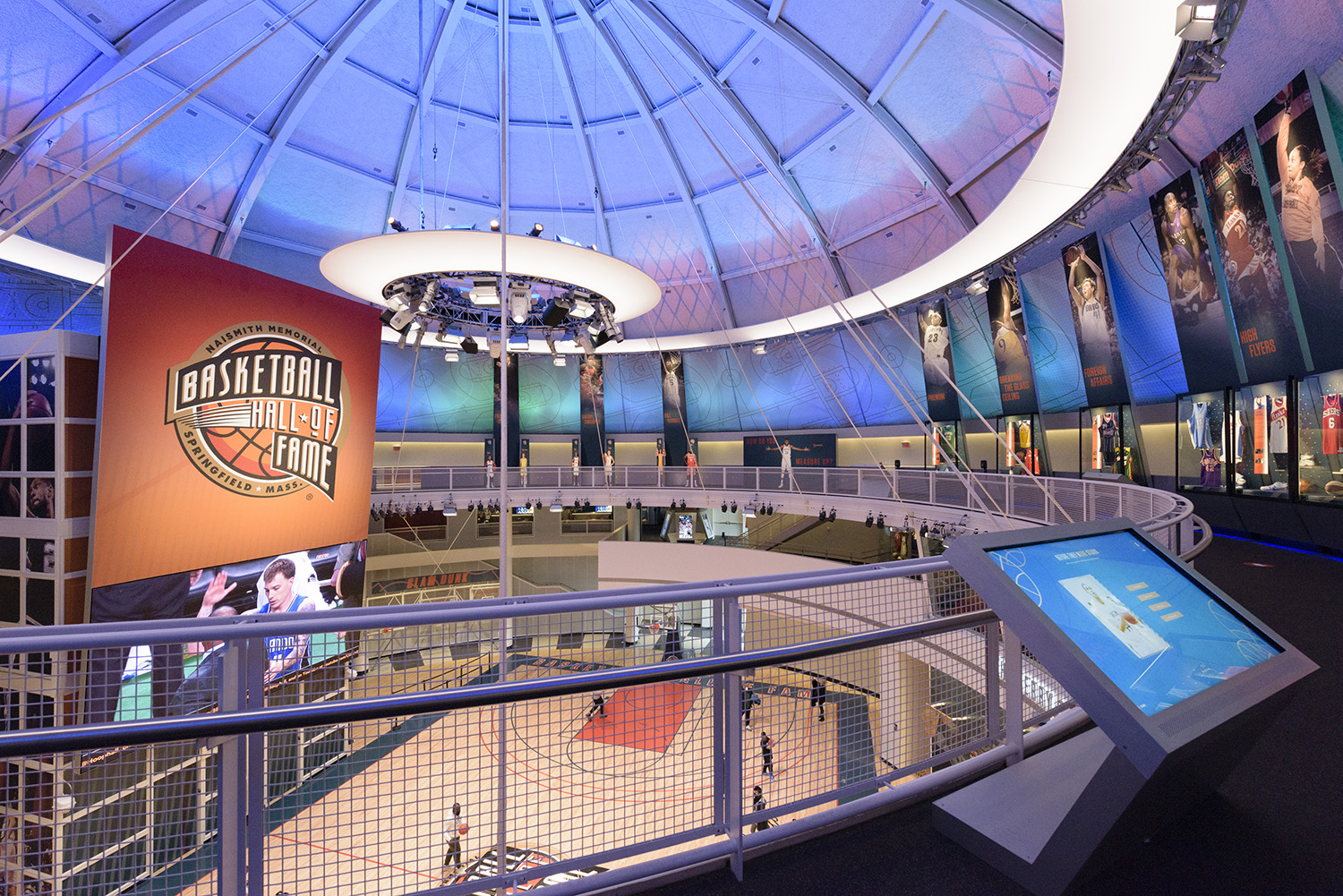 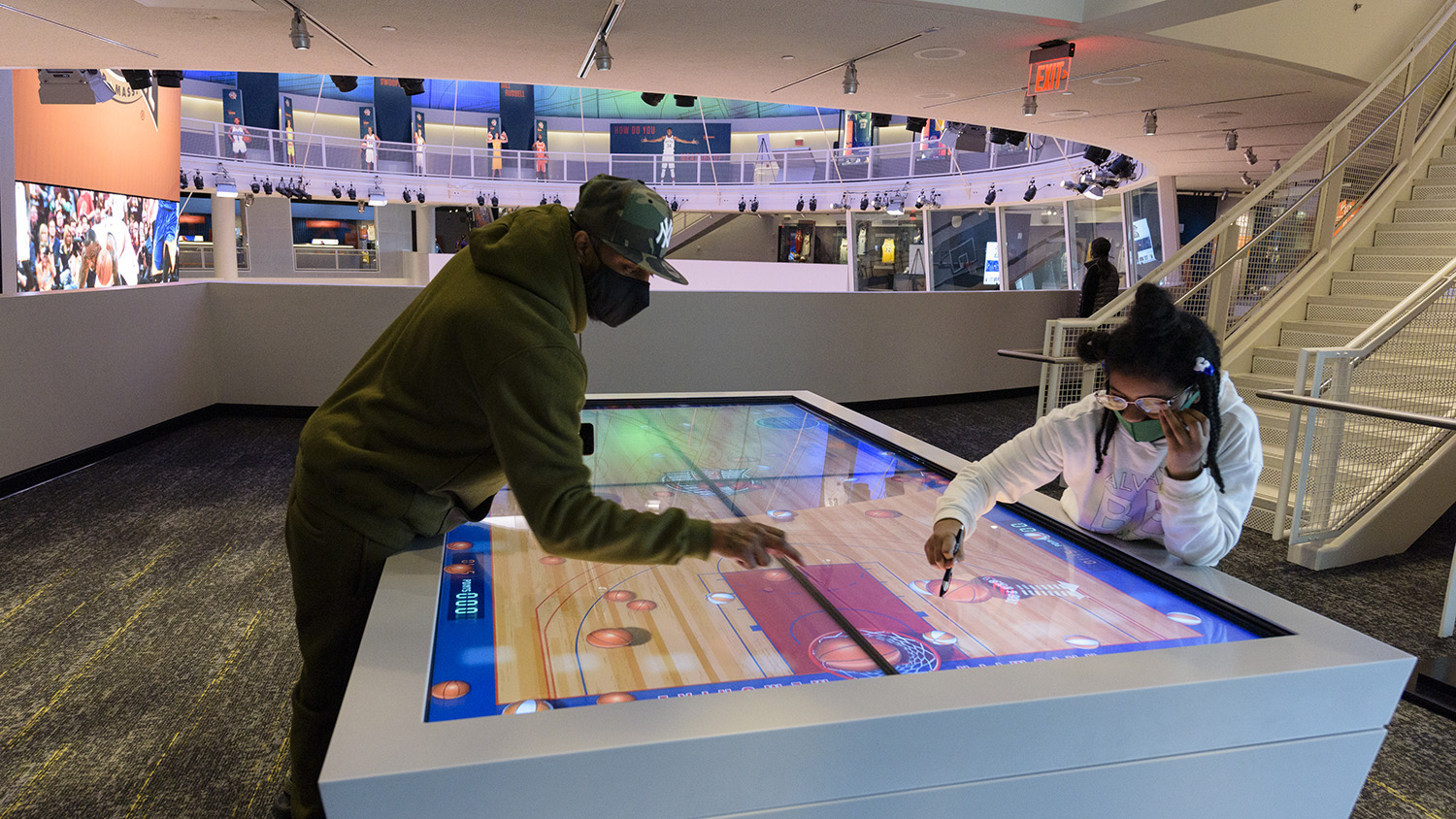 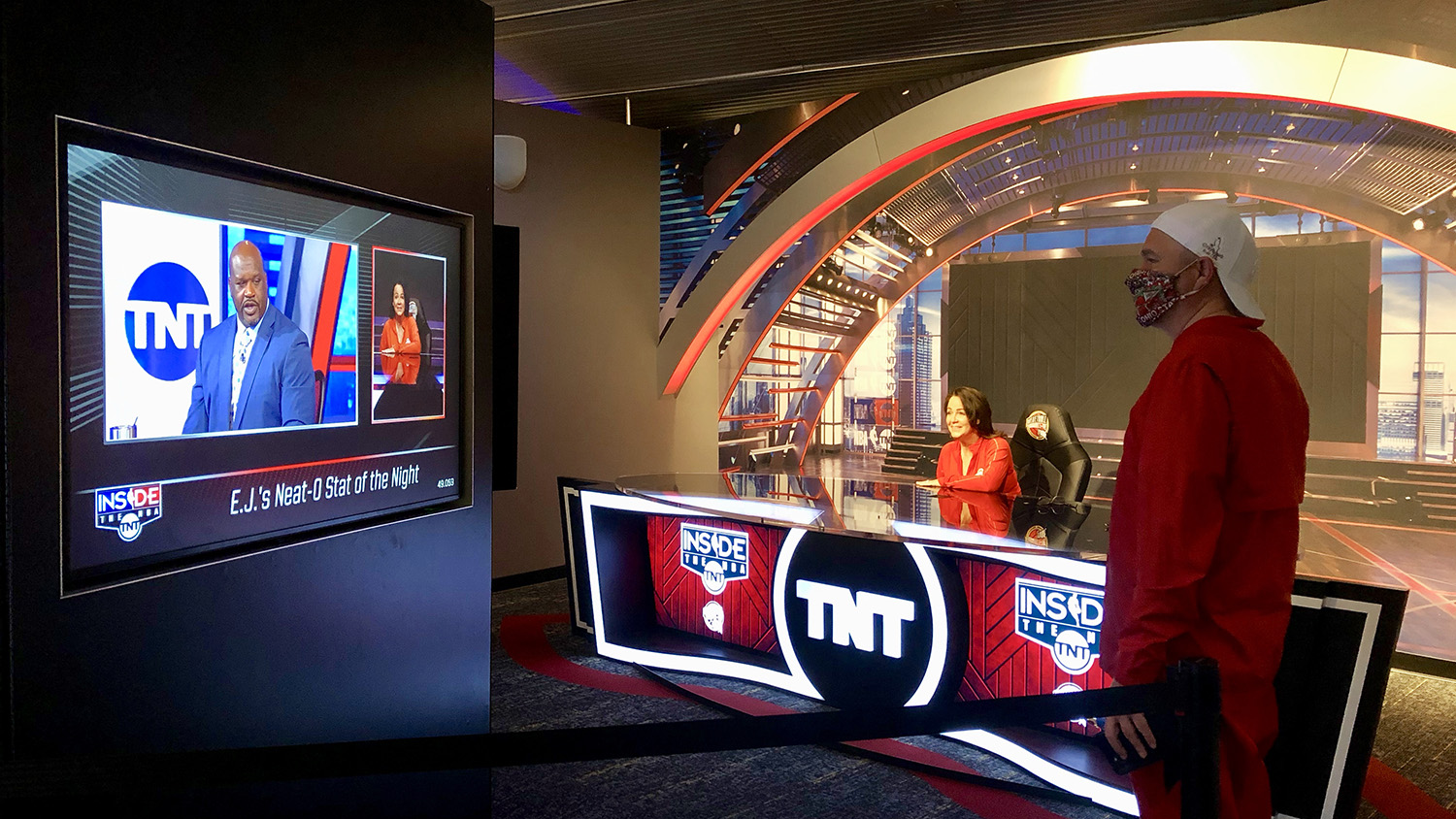 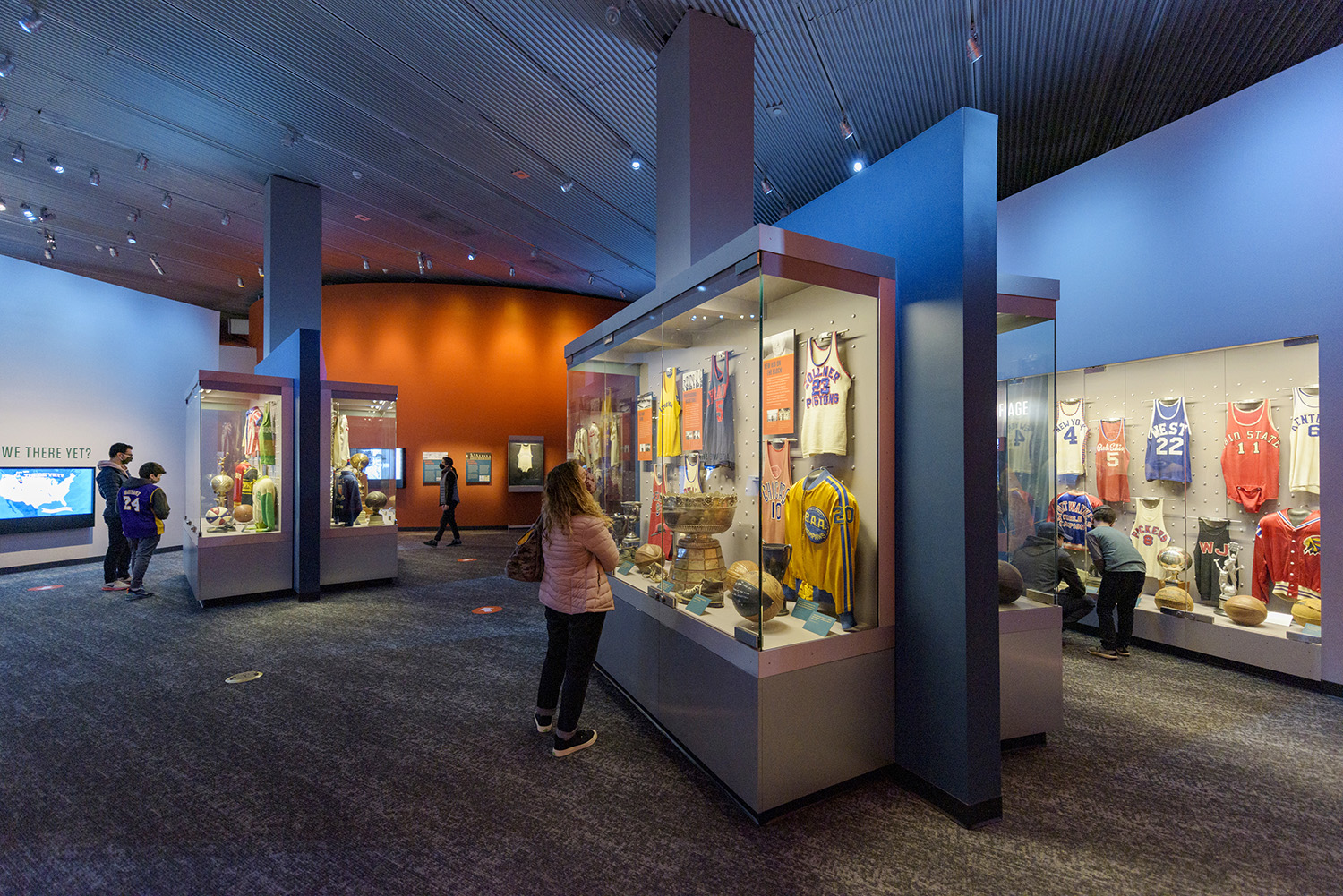 View The Basketball Hall of Fame >>

The Foundry Cambridge in Cambridge

OH WOW! The Roger and Glori... in Youngstown