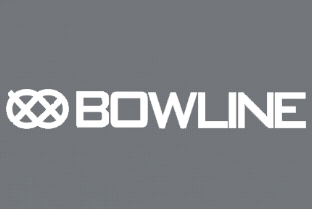 Bowline Construction is the region’s leading provider of construction access systems headquartered in Rockland, Massachusetts. Bowline partners with builders, general contractors, construction managers, owners, developers, and subcontractors to provide the safest, most dependable and efficient methods of access systems for projects of all scope size.

Celtics & Bruins Lease Space At The Hub On Causeway Both the Celtics & Bruins have signed leases on new office space at 100 Causeway, the third and final phase of The Hub on Causeway. Delaware North has leased 34,068 square feet on the 14th floor of the tower while Banner Seventeen LLC has leased a total of 71,154 square feet, the full 13th floor and part of the 12th floor. On a recent trip to the project for the topping off ceremony, BLDUP got an inside look at the open floor plate office space which takes full advantage of the stunning wrap-around views. “We’re thrilled that the Boston Celtics, Boston Bruins, and Delaware North have chosen The Hub on Causeway as home to their front office operations. The foundation of The Hub, literally and figuratively, was built on Boston sports and has helped in solidifying this neighborhood as the sports, entertainment, and creative district for the City of Boston" Bryan Koop of Boston Properties said in a statement. Verizon will be the anchor tenant of the tower already leasing 440,000 square feet of space. Construction on 100 Causeway is expected to wrap up in mid-2021.

The Hub on Causeway Office Tower Tops Off: Checking in on BLDUP's Most Popular Project The Hub on Causeway was by far the most visited project page on our site in 2019 with over 32,000 visitors looking to BLDUP for updates on the 1.5 million-square-foot mixed-use development. With the final piece of the project, the TAMI tower officially topped off on Friday 12/20, let’s check in with one of Boston’s most significant development projects of the decade. As Bryan Koop, Executive Vice President for Boston Properties pointed out at The Hub's official opening ceremony earlier this year “The Hub combines the best of Boston’s sports, dining, and live music as well as provides jobs and housing at the Northern gateway to the city." The final beam is raised at 100 Causeway Street, the final phase of the Hub on Causeway To create an "urban village" The Podium at the Hub on Causeway offers a variety of amenities including the massive Banners Kitchen & Tap that we found hopping on a Friday evening before a Celtics home game. For those visitors in the mood for a margarita, Guy Fieri's Tequila Concina is serving up the Food Network star's distinct Latin street food. Arclight Boston, the chain’s first location in the Northeast, is also now open offering specialty popcorn flavors plus limited previews, a major plus for those of us waiting to see the new Star Wars. Arguably the most important feature of the Hub is Boston's largest urban grocery store, the 60,000 square foot Star Market which opened in September. Big Night Live, an intimate concent venue for up to 1,500 is also now open. Principal Ed Kane of Big Night Entertainment Group told BLDUP they were attracted to the Hub because of "the sense that this area really was going to be the Hub of the Universe. Not only is it rich in sports history, but it is also at the heart of one of the strongest transportation centers in the city.  Another true HUB.  Additionally, the location felt iconic to us and that was our goal - to build incredible facilities in iconic locations. We started this process way back in 2014, so it was incredible to see the growth we had hoped for happen right before our eyes. The amount of residences, offices and retail businesses that have sprung up in the area is beyond our wildest projections." Big Night Live has been receiving rave reviews since its opening this fall. When asked how the reception has been since opening Kane also tells BLDUP "It's been incredible. We believed that Boston needed a better, more experiential music venue that brought the best in hospitality, sound, lighting, and design.  The people of Boston immediately gravitated to Big Night Live and the reviews have been off the charts. The room is a unique hybrid - a music hall, supper club, and night club - and it makes use of the best features in each of those genres. The room plays big but feels small and intimate at the same time. Artists and guests have both loved it thus far." Along with these restaurant and entertainment spaces The Hub also features the European inspired 270 room citizenM hotel complete with rooftop bar and lounge plus the 440 unit residential tower, Hub50House. Hub50 House welcomed first residents this fall to luxurious homes offering amazing views and amenities. Residents at the building have access to a Skypool and Clubroom, a Skyline Deck featuring a fire pit and grills, a Woof deck and spa, and a fitness center overlooking the Zakim Bridge. Hub15, the 15th floor of the tower is also home to a collection of amenities where residents can enjoy incredible views as they work, play, relax and socialize in comfortable indoor and outdoor spaces.  The residences at Hub50 House offer sleek, modern finishes.   Still to come at The Hub on Causeway, Hub Hall expected to open this winter, a food hall showcasing 18 local eateries and food vendors including favorites Sullivan’s Castle Island, Mike’s Pastry, & Monica's Mercato plus momosan ramen by Morimoto. Construction will also continue on the 31-story tower, set to become Verizon’s headquarters for this region. Tech firm Rapid7, who already occupy 145,000 square feet below the new tower will also add additional space above. At the topping off ceremony, Giuliana DiMambro, Senior Project Manager for Boston Properties noted that this was the final structural milestone for the project which broke ground in 2015. The completion of this tower is expected in mid-2021 wrapping up this game-changing project.

Final Phase of The Hub on Causeway Taking Shape: Move-Ins Begin at Hub50House With a flurry of activity below at the podium level, facade install has started on the third and final phase of The Hub on Causeway, the 21-story office tower. At The Hub, the Star Market is now open, construction is nearly complete for Big Night Live with first acts announced, and the 25,000 square foot Banner Kitchen and Tap is also expected to open this month. The office tower above will contain around 650,000 square feet of space, 440,00 of which has already been leased to Verizon. Across the site, Hub50House, the 440 unit residential tower has also welcomed its first group of residents.

Glass Façade Nearing Completion for Hub50House Exterior glass install is nearing completion for the residential tower of the Hub on Causeway -- Hub50House. Ideally located on top of the North Station MBTA stop with access to multiple train lines including the commuter rail, the Hub on Causeway will feature retail, restaurant and office space. The Hub 50 House will be home to 400 luxury apartments with Metro, Studio, 1 bedroom, 2 bedroom, and 3 bedroom Penthouse options. Move-ins are expected to begin in October of 2019. Photos: Tom McCafferty

CO Issued for Start Market at The Hub on Causeway: Opening Set for Tomorrow 9/20 A certificate of occupancy has been issued for the Star Market at The Hub on Causeway. The permit also includes change of use to include a pharmacy and Starbucks within the project. What will be the city's largest supermarket at 60,000 square feet is set to host it's grand opening on September 20th.  Elsewhere on the project, the start of the lineup was also announced this week for the upcoming Hub Hall. Set to open this winter, the food hall will include Vendors include local favorites Mike's Pastries, Monica’s Mercato, and Sullivan’s Castle Island. Pre-leasing is also ongoing for Hub50 House, the 440 unit residential tower, with residents being offered a very unique perk, exclusive Converse sneakers designed for residents.

CitizenM Open At The Hub on Causeway The CitizenM hotel at The Hub on Causeway is now open. The European inspired hotel features 272 rooms along with ample common space including an outdoor roof deck with outstanding views. While the rooms at CitizenM may be small they come equipped with smart features including MoodPad-operated lighting and high-quality finishes like XL king beds and rain showers. Rooms rates are currently listed at $279 per night. Photos courtesy Boston Properties Next up for The Hub on Causeway, the expected opening of the Star Market and ArcLight theater this fall followed by the first occupancy of the residential tower, Hub50 House. Hub50 House, now leasing, will offer 440 luxury units with an array of amenities including a fitness center overlooking the Zakim Bridge, a game & media room, outdoor deck, Skypool, and Woof Deck.

Rapid7 Moves Into Posh New HQ at The Hub on Causeway Rapid7 has officially moved into their new 147,000-square-foot office space at the Hub on Causeway. The new headquarters The firm has more than doubled its global headcount since 2014 and has nearly 500 of the 1,000 employees working locally. The new office space is modern, open, and hopes to create an exceptional work experience for employees. Images courtesy of Boston Properties

First Phase of Market Central, Union House, Now Open Union House, the first building within Central Square's newest residential development, Market Central is now open. Apartments within Union House range from studios renting for around $2500 per month through three bedroom, 2 bathroom homes going for $4500.  Link, the second building in the project is also nearly complete, with interior finishing wrapping up. Link will feature an abundance of common spaces including a roof terrace, shared kitchen, lounge, and game room. The final building in the development, WaterMark Central is expected to open in 2020. In total Market Central will feature 308 apartments and 17,000 square feet of retail space.